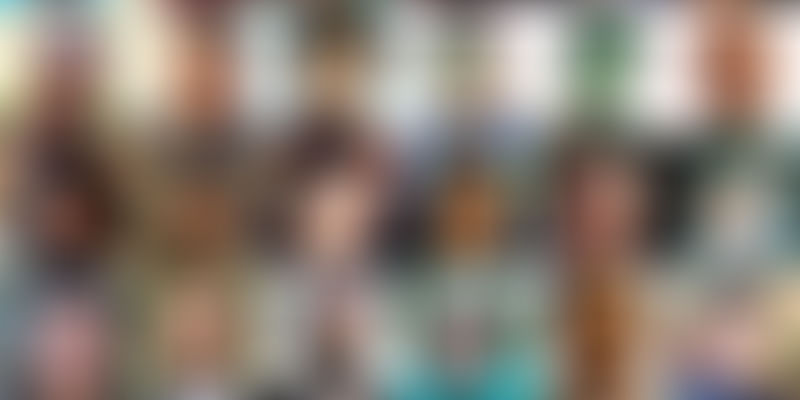 Padmashri Dr Sunitha Krishnan has been working on rescuing girls from sex trafficking for 20 years now. She has always felt strongly for women forced into the flesh trade. Recently, she wanted to build an emergency shelter for these women and girls. She managed to raise Rs 1.4 crore ($2,25,000) from donors across the globe, with the help of Crowdera, a Silicon Valley-based crowdfunding platform.

Founded in October 2014 in Palo Alto, California, Crowdera has so far helped raise over Rs 3.5 crore (over $5,37,000) helping several prestigious nonprofits and social workers like Dr Sunitha. While commissions are a reality in the world of donations, with most crowdfunding platforms charging the nonprofits for the campaigns they create, Crowdera’s founder Chet Jain has a different philosophy. He believes ‘doing good must not be penalised’.

“The United States does charity of more than $350 billion, which is contributed by individuals, foundations, and corporations. Through research of third sector/non-profit world, we understood that the commissions are eating into the donations. I wasn’t exactly comfortable with the idea since we had formed Crowdera on the principle that – Abundance Starts with Giving,” shares 36-year-old Chet. Chet is also the founder of an IT services company, SmartWe in 2011, which is a successful organisation.

When two Indians and an American joined hands

Chet’s former roommate and friend Chaitanya Atreya (33), and his former colleague at eBay Rich Mastuura (44) also showed interest in the project. Chaitanya (Chai) became a co-founder. Chet had invited Rich to become the CEO of his previous startup. Eventually, the three came together to bring Chet’s vision to fruition.

Thus, Crowdera became one of the first totally free crowdfunding platforms. They don’t charge any fee or commission from charitable organisations or those creating the campaigns, and don’t ask for any tip from donors. Crowdera has a captive development centre in Nagpur in India and offices in Palo Alto in California.

Over a period of one year in beta and working with pilot customers, Crowdera has managed to raise funds for different causes such as anti-sex trafficking, educating underprivileged kids, and film making. “This allowed us to successfully define a business model that will allow the platform to be absolutely free. The current USP of the platform is its simple, step-by-step, templatized campaign creation process to help anyone in need to raise money. It can be really used by those who are not very tech savvy as well,” said Chai.

Along with Dr Sunitha ’s charity, Crowdera has helped the following organisations to raise money –

“We also bring the organisation ‘Giving Foundations’ to review our non-profits and support them. Crowdera is also negotiating with payment gateway companies to reduce their transaction fee so crowdfunding becomes truly free and a fundamental right of everyone,” informs Chai.

Crowdera is now determined to help several social causes in India. “We are planning to invest our heart and soul in supporting Indian non-profits by infusing capital in marketing activities of Indian non-profits,” adds Chai.

“When the entire world was blindly following the commission model like Kickstarter, Indiegogo, Gofundme, we went the Google way of making everything free by allowing fundraisers to raise money for what matters to them. However, Crowdera is a for-profit entity and will start monetising in 2017 from the CSR activities of enterprises and foundations across the world. We wish to change the way giving happens today,” informs Rich.

Crowdera is currently funded by Chet, Rajkumar Velgapudi (Serial Entrepreneur, E&Y Entrepreneur of the year Awardee), Thomas Kerns (Ex-Investment Banker, 10 years with Deutsche bank and currently a Philanthropist), and their third Co-founder Rich. Since they don’t charge any fee or commission for helping the causes, the organisation has so far depended on these funds for day-to-day operations.

“The most important thing for us is the sense of satisfaction each of us gets when we see the impact of our work and the smiles it brings on the faces of our fundraisers,” shares Chet. “We are in the process of filing patents for our very unique technology so can’t reveal any of this to readers,” he added.

Since the organisation is now looking to focus on Indian market, they have launched www.crowdera.in. – their portal for Indian fund-raisers – recently. “With growing awareness and innovation in India, Crowdera’s business model can help several NGOs, film makers and innovators. So 2016 surely will see Crowdera helping organisations pan India. We also intend to simplify and templatize CSR spend to comply with two per cent spending by all corporates as per Indian Companies Act 2013,” informed Chet.

Even as the company plans to focus on India, the founders are confident that their global platform will continue to grow organically and help global non-profits in self-service mode. With payment gateway partnership with Paypal, Crowdera is excited to help people raise money in over 100 countries. “However, we will try and make it easy for people in UK, EU, Canada, and Australia to raise funds in their own currency. By 2020, we intend to have a truly global and highly profitable existence, even as we enable good things to happen,” said Chai.