When Entrepreneurs get Lawyered (Part-2) 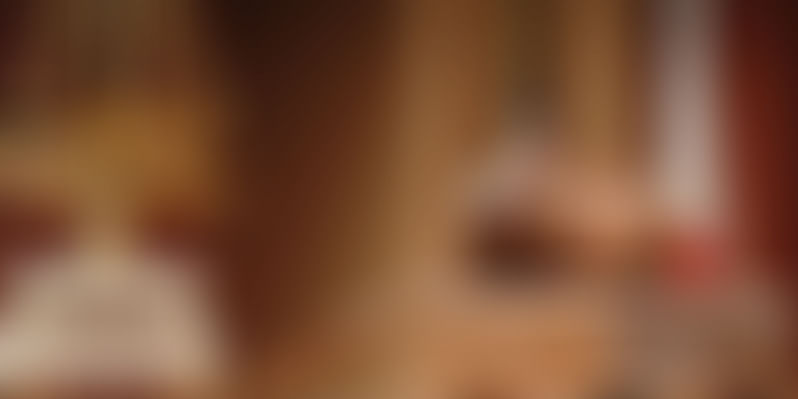 In the first post of this series, we looked at how the identity, or even the very existence of a company, can be challenged when the legal protocol is questioned.

But can legal and regulatory matters snowball into a problem of such magnitude that they jeopardize an entire industry ?

The answer is an emphatic yes, and the strongest assertion for this claim comes from our observations across the two biggest industries in consumer-internet today – e-commerce and cabs.

In 2014, the Karnataka government prohibited Amazon from selling certain products from its warehouse over its interpretation of the type of business Amazon was engaged in, and the taxation laws that should apply to it.

Here is a legal brief of this case (The sort of brief that two of us have learnt at law school to make the scenario easy to understand, even for a layman) :

According to the Karnataka State Government, Amazon should be registered under the State’s VAT Law and pay appropriate tax as applicable.

Contentions on behalf of the Karnataka Government

Contentions on behalf of Amazon India

While the Karnataka government branded the case as one of tax evasion, Amazon was not in the wrong. E-commerce has grown complex and self-contradicting archaic laws are unable to keep pace with the growth in the startup world. Therefore, it was merely a case of the legal framework expanding its definition of a type of business, which brings us to…

Even before Amazon’s tussle with the Karnataka government, the Enforcement Directorate was considering levying a penalty of Rs 1,400 crore on Flipkart for allegedly violating the prevailing FDI norms.

The government’s contention this time ?

For a significant period of time leading up to the penalty, Flipkart was operating a wholly-owned inventory-based e-commerce model and had raised a significant amount of FDI. The prevailing FDI policy though, forbade such inventory-led B2C ecommerce models from raising FDI.

The definition of Ecommerce models vis-a-vis the FDI norms has been evolving and most recently, the Department of Industrial Policy & Promotion mandated that e-commerce marketplaces would not be able to sell more than 25 per cent of their aggregate numbers through a single vendor or other group companies.

Many believe that this regulation will cripple Amazon and Flipkart in the short term, since a much more significant proportion of their sales can be attributed to vendors that they are affiliated to.

However, we believe that the new norms on e-commerce marketplaces might well be a blessing in disguise and might help onboard the long-tail of merchants, the merchants who have thus far stayed away due to fears of predatory pricing killing their margins.

Over the last few years, almost everything imaginable was available for purchase online. It was only a matter of time before medicines came entered the fray. The news was abuzz with both Snapdeal and Shopclues receiving notices to stop retailing prescription drugs online as it was against the law of the land. In fact, the Food and Drug Administration (FDA) even raided the Snapdeal warehouse in Goregaon and registered cases against multiple online pharmacies.

In the case at hand, it is the Drugs and Cosmetics Act, 1940 that has the ‘legal cure’ to the dilemma of entrepreneurs, who wish to retail medicines online.

Let’s take a brief look at what the law of the land states and where we are headed.

In the absence of clear-cut guidelines and regulations, e-health in India has faced major roadblocks. India has no telemedicine laws or online pharmaceutical laws.

The Drugs and Cosmetics Bill, 2013 is pending in Parliament and it is still largely silent on the issue of e-pharmacies.

If approved, will this bill solve all the dilemmas that e-commerce businesses in this category face? Only time will tell.

Another category that represents a large market need, and which the ecommerce industry has begun capitalising on, is that of sexual wellness.

It was only a matter of time before the archaic and ambiguous laws in India would make matters gray for entrepreneurs wishing to explore the market.

In fact, it was a lawyer who filed a case against Snapdeal and OhMySecrets for selling sex toys and other accessories. The complaint was filed stating that these sites were ‘abetting gay sex and exhibiting obscenity.’ Such was the furor over the issue that Flipkart took a surprising move to delist all products in the category citing ‘government norms’ as the reason for doing so.

Let’s take a look at the legal standpoint on the issue at hand:

Section 292 of the IPC states,

a book, pamphlet, paper, writing, drawing, painting, representation, figure or any other object, shall be deemed to be obscene if it is lascivious or appeals to the prurient interest or if its effect, or (where it comprises two or more distinct items) the effect of any one of its items, is, if taken as a whole, such as to tend to deprave and corrupt person.

Section 67 of the IT Act replicated the above section of the IPC for the Internet.

The law almost nowhere clears the air around what is obscene or not and leaves it for interpretation. According to the lawyer who sued Ohmysecrets and Snapdeal, the sale of these products aid homosexual activity in India. Since this has been criminalized under Section 377, the products should be too.

The legality or illegality of the products depends on how they are marketed, displayed or presented before the end consumer. Amazon India and Snapdeal have listed these products under the “health and personal care” category, Flipkart has delisted most of the vendors retailing these products. Younger startups though have taken the bold move to continue retailing products.

It would be interesting to see how this category plays out in the long run and if ever there would be harmony between the legal and entrepreneurial sides of the coin.

Much like e-commerce, app-based cab aggregators have made cabs very accessible and have become a part of urban lifestyles.

The similarities don’t end there though. Just as e-commerce has faced roadblocks because of how various regulatory authorities have interpreted either the law or the nature of e-commerce as a business, the online taxis industry have also had their fair share of legal hurdles.

With the increased usage of services such as Uber and Ola came increased scrutiny. In October 2015, the Central Government came out with certain guidelines that are summarised in the picture below:

Notably, one of the guidelines said that such aggregators must not represent themselves as a taxi service, nor should they employ any drivers or own/lease any vehicles of their own. Unless they are registered as taxi operators, in which case they are required to maintain a minimum fleet size, a space to park all their taxis, and office space among various other requirements.

Moreover, since these are merely guidelines and not a law, these are not binding on States. Thus, each State may come up with their own policies and law in this sector.

This further confuses the matter. This was seen in Maharashtra, where a draft “City Taxi Scheme 2015” was proposed. This put Uber and Ola, and other aggregators in the sector, in the same category, as regular kaali-peeli cabs and radio taxis. Therefore, they would be liable to follow all the regulations that are applicable to taxi operators. One such regulation states that all licencees should maintain a minimum of a thousand taxis, and a maximum of four thousand taxis.

Such a regulation could provide a serious blow to any plans of scaling up any of these aggregators may have, especially in an important city such as Mumbai. If other cities come up with their own conflicting laws, the functioning companies such as Uber and Ola will be adversely affected.

In the first few months of this year, both Uber and Ola have faced further legal problems. In March, numerous two-wheeler taxis operated by these companies were seized in Bengaluru as they hadn’t taken the required permissions to operate. Since two-wheeler taxis are not common, there was confusion regarding the guidelines surrounding them. In Karnataka, the transport department has said that the bike taxis must be registered with the Road Transport Authority and operate in the same manner as car taxis, including using yellow number plates.

Moreover, in the past few weeks, the app-based taxi services have faced further scrutiny as to whether they are operating illegally in Delhi. Last week, the Delhi High Court asked the government to take action against these companies for applying ‘surge pricing’ despite being not asked to do so due to the odd-even scheme currently ongoing.

In response, the Delhi Government alleged that Ola and Uber were operating illegally as their applications for a licence were rejected by the transport department vide order dated June 28, 2015.

This move has since triggered a massive debate on the merits and evils of surge pricing in the cab industry.

Is it a coincidence that today, both the e-commerce and online cabs industries are facing legal scrutiny over the power they hold over their consumers through their pricing and discounting strategies ?

Things are delicately poised, so delicate in fact that it is nearly impossible to predict what an equilibrium would be like.

In the spirit of legal compliance, we requested Lawyered, a legal services startup, for the right to use their company name in our articles, and we are glad they agreed.

This article was co-authored by , VP at Kae Capital along with Arman Sood and Mishaal Nathani.

Arman is the Co-Founder of Sleepy Owl Cold Brew Coffee, lawyer & sports enthusiast. He is also a passionate speaker and an avid sportsperson.

Mishaal is a 21-year-old law student who is passionate about entrepreneurship, writing, sports and music. Together Arman and Mishaal write under the brand name “Lawpreneur“, a movement towards encouraging lawyers to use legal innovation and entrepreneurship to improve the existing legal structure.