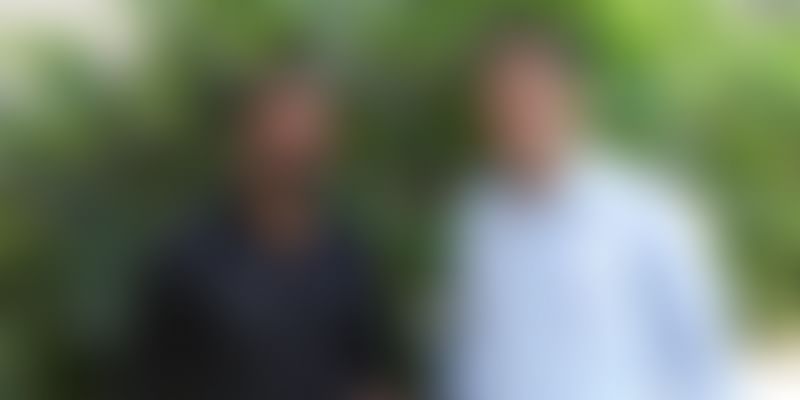 Why shouldn’t boys have all the fun!

Giving us the answer are Anmol Garg and Vinay Chavan decided to capitalise on the faithful relationship men share with their barbers to launch a premium grooming platform for men called Flying Barber.

Last September, Anmol, who was MCing corporate events back then, had a hair-raising experience. Seeking a haircut before a major event he landed at a barber’s shop in Bengaluru, only to wait around for an hour and leave with a ruined crop of hair.

Shaken after the experience, Anmol, longed for a platform where his hair would never have to play victim to the shears of a bad hairdresser again.

He started discussing the idea with his friends and stumbled upon Vinay, who was facing a far greater problem than Anmol. After shifting his home, Vinay had to travel close to 45 minutes just to visit his barber for a regular haircut. The duo divined that, clearly, men's loyalty to their barber cannot be questioned.

Anmol and Vinay’s friendship goes back to 2011, where the two met at Toastmasters, an organization helping members with their communication and public speaking. Equally enthused by the idea, the duo went about learning the tricks and trade of setting up a men's grooming platform.

Being equally immersed in the idea, the duo started off, exactly a week after the inception of idea. On asking them, whether they thought of it as an impulsive or hasty decision, Anmol replies

Not really. It was just an idea. We didn’t think of it as a business then.

But to learn the tricks (rather snipes) of the trade, the founders had to experiment. And Anmol chose no better turf than his own apartment society where he gave haircuts for free.

Soon enough, Anmol and Vinay set up the plaform, which allows men to get haircuts at the comforts of their own home, at any desired time of the day.

They see peak demands during early mornings (8-9 AM) and late evenings (7-8 PM) during weekdays, while being completely booked during weekends. The startup claims to be a round-the-clock platform, having facilitated haircuts as early as 6 AM and as late as 10 PM.

Currently only in Bengaluru, Flying Barber is catering to Indiranagar, Koramangala, Marathali and Sarjarpur. However, the firm plans to open operations in other major metropolitans before the end of next year.

Their five in-house stylists have completed 1,450 transactions (haircuts), having a base of 820 loyal customers and witnessing a repeat rate of 40 percent.

They also have put up styling zones at companies like InMobi , on-ground activations, stalls, and have participated in college fests. Flying Barber is the official hairstylists for the Bengaluru-based band Agnee.

Flying Barber’s information platform provides styling tips through blogs and catalogues. They have partnered with a men’s grooming line for this.

Something that works in favour of the startup is its ability to recreate the age-old practice of having the family barber coming home to give haircuts to all the males in the household. Vinay tells us

For most customers it reminds them of their childhood, especially the barbers coming home. It used to be quite a prominent practice in the earlier days which rekindles a sense of nostalgia for our customers.

However, unlike back in the day, Flying Barber has technology also in its arsenal. To enhance the whole experience, a tablet is placed right beside the mirror setup, so that customers can take in Ted Talks while getting a good head massage. The tablet also holds a styling catalogue to choose haircuts.

By the end of this year, Flying Barber is looking at closing its pre-Series A funding, while being seed-funded by an angel, currently.

It is working towards making its services available across Bengaluru in the next six months. It also hopes to launch its premium category, which will include makeovers, in the coming three months. The premium category will contain stylists from known grooming brands with over 12 years of experience.

The firm is planning a surprise bash for International Men’s Day (November 19) this year. Currently serving 350-400 transactions monthly on the platform, the firm wants to scale up its monthly transactions to 750 in six months. An offline brick-and-mortar store might also be in the offing.

Last year, we saw a plethora of on-demand beauty service startups with players like VanityCube, StayGlad, Vyomo, Pluss and Bulbul claiming the space. However, we haven’t seen many of them crossing the Series A mark. Further, Flying Barber seems like a promising bet, because of its unique positioning, catering only to men. Ustraa, a men’s grooming product platform, is another venture based on a similar philosophy.

Why not a flying barber to the rescue for women as well, you may ask. The founders say they didn't want to take on anything they didn't know of, themselves!