Hippily raises $250,000 in seed funding from angels across India, US and Singapore 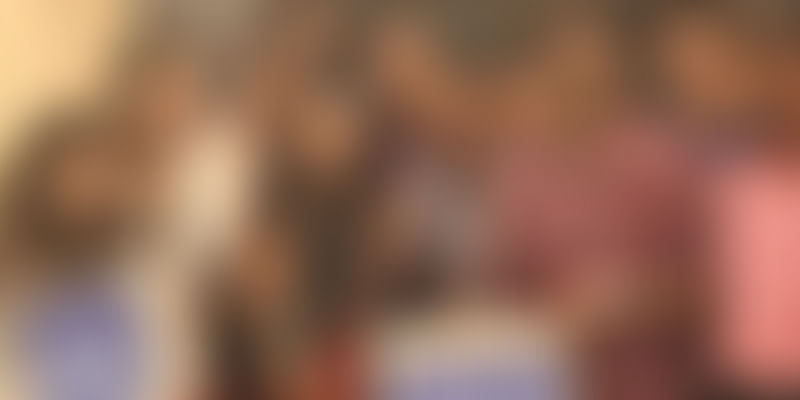 Mumbai-based shopping personalisation app Hippily has raised $250,000 in seed funding from a group of angel investors across India, US and Singapore. The investors include Sridhar Ramaswamy, Senior VP of Ads and Commerce at Google, and Rakesh Mathur, Founder of Junglee, along with eight other investors. The platform will use the funding for product development and expanding both user and seller base.

Founded by Viswanath Ramachandran and Prajakt Deolasee, the app platform offers daily curation of trendy fashion products, looks and collections to the style conscious young women, which is also available for purchase.

“Under product development, we will build our artificial intelligence and machine learning system to improve the performance of the application. To increase the user-base, we will adopt both organically and targeted marketing. For seller-base, we’ll physically reach out to them,” explains Viswanath Ramachandran, CEO and Co-founder, Hippily.

He adds that he’s also increasing his investment in the personalisation engine by hiring a dedicated machine learning and data sciences team.

The venture says the philosophy behind this app is to de-addict the fashion ecosystem from discounts by providing the user a personalised feed that learns from dozens of data points. It claims to observe intense engagement and repeat purchases from a core audience; and over 50 percent of its orders are for undiscounted products.

Launched in June 2015 as a fashion discovery platform, Hippily has gone under a whole overhaul process. In January 2016, it revamped itself into a fashion discovery-cum-shopping platform. Today, the app has 25, 000 downloads on the Android platform.

The venture says that curation is purely style centric, bringing unique and emerging fashion online. It also has a quirky feed section, which is algorithmically personalised by the user’s shopping behavior and social connections.

The stores section of the app has over 30 stores from cities like Delhi, Mumbai and Bengaluru that are tied up as partners with Hippily.

According to Technopak analysis, the Indian retail market is expected to demonstrate a promising year-on-year growth of six percent to reach $865 billion, by 2023, from the current $490 billion. The share of apparel in India’s retail market is eight percent, corresponding to a value of $40 billion. In addition to fashion apparel, the growing demand for fashion accessories makes the Indian fashion market both interesting and lucrative.

Mobile shopping nearly tripled last year, according to Yahoo-owned mobile analytics company Flurry. This surge of activity means more brands are looking for ways to engage potential buyers outside of their own mobile apps and websites. Twitter recently launched a “buy” button to allow users to make purchases via the social network. Facebook and Pinterest are also reportedly launching similar buttons.

In addition to Hippily, a number of fashion apps such as Wooplr, Roposo, Voonik and others in India are trying their hands in fashion discovery.

Last year in June, Voonik raised $5 million in Series A funding from Sequoia Capital and Seedfund. They had earlier raised Rs 2.5 crore from Seedfund.

Voonik claimed to have grown by more than 2200 percent in 2015 and said that app repeat purchase rate doubled. Voonik has more than four million app downloads and another 2.5 million unique users across mobile-web and desktop.

Almost a year after raising $5 million from Helion Ventures in February 2015, Wooplr announced raising an undisclosed amount funding from the Co-founders of InMobi, Naveen Tewari, Abhay Singhal, and Amit Gupta.