The PepperTap Journey: our story 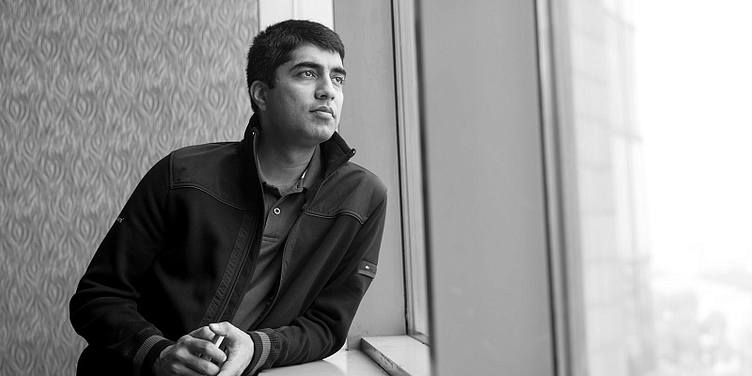 The last year and a half have been nothing short of a thrilling rollercoaster ride, with ups and downs in equal measure for us at PepperTap.

Rewind to sunny September 2014, in Galleria market in Gurgaon. The coffee shops here were the conference rooms in which I pitched what was just an idea then, to potential team members. And what an idea we thought it was, simple as it comes - we were going to revolutionize grocery shopping. No more queues, no more parking hassles, no more bickering with sabzi-wallahs. We would bring the existing inventory of local stores online to our app and then deliver customer orders through our super-optimal, well-trained delivery fleet for a minimal charge.

Fast forward one year, our diverse team of highly intelligent and ambitious individuals was racking up the orders in 17 cities all over the country – by October 2015, PepperTap was one of the top 3 grocery delivery services in India with an average of 20,000 orders delivered daily. We were the only business in town to be operating on a 100% inventory-less model.

Customers seemed to be loving it – the app was easy to use and we had great introductory discounts and sales. Local stores that were live on our platform were thrilled – we were improving their sales by an average of 30-40%. With our mobile-first approach, geographic expansion was fairly easy – we could go wherever the smartphone went.

The momentum at the top was intoxicating.

There was just one problem. The integration of our app with our partner stores was not great. In the race to pepper the whole country with PepperTap, we had brought too many stores online far too quickly. Our customers were, at times, unable to see the entire selection of items from a store and sometimes even essential items were missing from the catalogue visible to them. This was not an impossible problem and we set out to fix it right away. We had to convince the smaller of these stores to adopt electronic inventory management and billing systems. For the bigger chains and hypermarkets, we needed to take the data generated by their systems and plug it into ours. To give our customers up-to-date prices and availability, this needed to happen, at the very least, thrice a day.

And then, there came another problem. To keep enticing customers to buy from our platform, we were spending a lot of time and energy to devise clever sales and discount schemes. In a world where everything for sale through an app (think electronics, taxis, food) is synonymous with vastly cheaper prices than physical stores, this exercise often simply resulted in higher outright discounts with every passing week. This was not hugely problematic in itself – we had money in the bank and investors were on board with this plan. After all, we were in it for the long-haul and this was the way to build a loyal customer base by showcasing the quality of our service, and getting them to adopt it as a way of life. We told ourselves that the convenience we would bring to PepperTap loyalists would become of such great value eventually, that these discounts were simply a cost of doing business while we perfected our processes.

And then a third problem started to rear it’s head. We were in it for the “long-haul”. This meant we needed to constantly build buffer capacity in our logistics and operations teams. If we were going to stick to our 2 hour delivery promise (which was rapidly becoming a key differentiator in the markets for us), we needed to build spare capacity in every one of the 17 cities in which we were present. Compounded with the necessity for discounts, this meant that the cash we were burning on every single order was increasing rather quickly with no immediate end in sight. To us, this too was not insurmountable. PepperTap was born to be a logistics company – the one thing we could call our core competency was optimisation of delivery fleets, routes and general logistics. We just needed to revisit some of the basics of the business, this time with a stronger technology lens, and set the wheels in motion.

Also read: No one is telling you the dark side of becoming an entrepreneur

The most logical thing to do to solve all three of these problems simultaneously, was to halt operations in some cities. We decided on this list by looking at the size of our customer base in each city, and the pain we would cause to all stakeholders by shutting them down. Relatively new cities with a small customer base were selected for closure.

The impact of this move on the business, was profound. With some focussed work and really solid initiatives, we managed to increase the value of our average sale twice over and our retention rate (how often the same customer transacts on the app in a given period of time) soared 400%. We were finally beginning to build value and loyalty – the cornerstones of a sustainable business. We were still financing orders and discounts with capital but now this was a more concentrated burn with a clear goal, timeline and geography in mind. However the timeline and the path to profitability was looking long (very long in fact) and arduous.

The harshness of a pessimistic funding environment globally also started creeping in; and as the increasingly inclement investment climate began to become obvious, we found ourselves at the toughest node in the decision tree yet.

Losing cash on every order (no matter how small or how controlled or how goal-oriented the burn) meant one day we will run out of cash – perhaps we could slow down the process but mathematically speaking, this was a certainty. We couldn’t shake off the feeling that we were walking (not racing like some other companies) towards the edge of a cliff hoping that things will get better before we reach the abyss.

At this point, we were forced to ask ourselves whether our continuing to operate in the grocery delivery space was not, in fact, doing a massive disservice to our current investors and employees. Because the unique challenges of this business are not solvable in the short term and certainly not solvable without massive injections of capital, we would have to confront this issue sooner or later.

Must Read: Why my first startup failed and what I learnt on that journey

We decided that sooner (read: while preserving a large amount of the capital we had raised) was better than later (on the way down to the bottom of that abyss we talked about earlier). If anything, having a large chunk of equity capital from our last round still sitting in the bank made this decision infinitely harder. Had we tried everything? Were we convinced that this was not the space for us? Was hyper-local commerce finished as a sector? The answer to all these questions was a resounding “No.”. But let us be clear about one thing, we haven’t taken the task we set out to do in the late summer of 2014 to its rightful culmination in the limited time that we have had. And that’s the simple truth.

There are many lessons we have learnt from this journey but one that I would like to focus on in particular. Because our training and background was in running point-to-point logistics, it was clear to us from our expansion days at PepperTap that as we forayed into smaller cities, delivery networks got more fragmented and lethargic. This needed to be researched more and understood better. We found that while tiers 2 and 3 of Indian cities are being served to some extent by new-world logistics providers doing cool things like one-day shipping, there was a whole slew of tier 3.5+ cities which are connected to the world of ecommerce but, in simple terms, have to sometimes wait up to 30 days to receive their orders.

This was exciting – with our expertise in running logistics at Nuvo Ex, we knew how to get ecommerce orders to the closest hub quite easily. Having spent the last year at PepperTap developing and testing technology to efficiently run last-mile delivery networks, we realised we already have the tools to cut these delivery times significantly. We began to test some of these ideas at Nuvo earlier this year and the results were exciting enough for us to pitch to our existing investors as an alternative way to use the capital we have already raised. Could this be a new focus worthy of all the things we have accomplished at PepperTap? The answer to this question for us was a clear “Yes.”

Read also: How my first startup ended in a loss of Rs 15 lakh and shut down in a year

The journey so far has left us deeply humbled. But before we take our faculties in this new but related direction, I want to take some time to say our thank yous. I want to thank our investors for giving us the opportunity to create and run PepperTap and for their continued support in these new times. I want to thank our competitors – you have been more than worthy adversaries-in-commerce and I will eagerly follow your progress in the grocery consumer business. Most of all, I want to thank the PepperTap family. The family that stuck together through thick and thin to make 37,000 orders a day possible in less than nine months since inception; the family that shared my vision from those sunny Galleria afternoons and didn’t hesitate to chastise me when I was out of order.

There is one apology that I must make before I conclude this piece, and this is to the customers of PepperTap.

It is you who made this journey possible and I’m sorry for not being able to see this through to the end. You made it clear that the service we provided was valuable, perhaps a little before it’s time, but valuable nonetheless. We will miss the reviews and criticisms – some that emboldened us, some that made us laugh and some that made us cry.

And so we transition to this new project at hand. The PepperTap family marches on with learnings from our mistakes and from the successes that we have had, to work on a new problem – which we believe we have all the necessary tools to solve for good. To ourselves, to the friends whom we have to leave behind, and to all other stakeholders, we make this commitment: we will work tirelessly, without rest, shedding our sweat and tears if we must, until we have cracked this new problem that we have chosen.

We must, as we owe it to the people who have supported us throughout our journey.