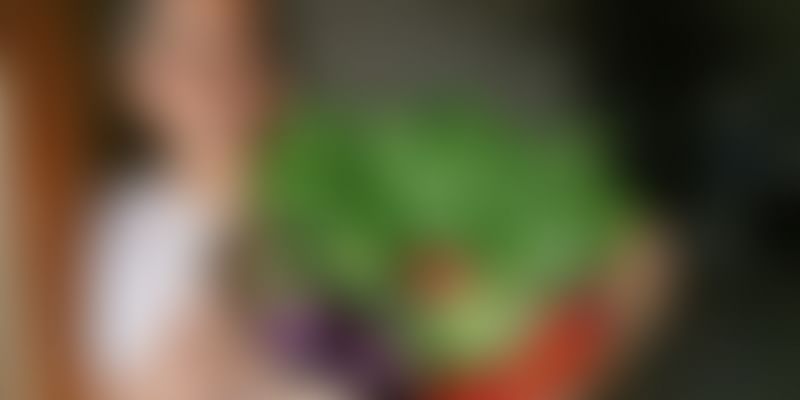 Vani Murthy will never forget the day she visited a landfill in Mavallipuram with a group of friends as part of a small waste management project. That day, she returned resolved to change what she had seen.

It all began in 2008 when Vani met a group that was trying to mobilise Solid Waste Management in Bangalore. She admits the subject was alien to her at the time, but others within the group were veterans who had implemented this system across different pockets of the city. The group was driving home the importance of recycling, and that there was value in waste. Vani was fascinated by the concept, which she also found rewarding and she decided to join the team.

A few months after Vani joined the group, ITC approached them to work on a small project that recycled paper. It was a project called WOW (Wealth Out Of Waste) inspired by how promising and vibrant the recycling industry is. What started in their own apartment complex soon gained momentum and spread across the city, blossoming into a larger community of activists from varied background.

SWMRT (Solid Waste Management Round Table) started as a group comprising citizen volunteers and other NGO veterans. Each member was convinced that the only way to manage waste was to decentralise the system. Considering the time, money, and effort involved in the collection, transportation, and segregation of garbage, they took up the cause of educating people about managing waste from their own homes.

They led the awareness by instilling the idea of how, 80 per cent of waste management is understanding what waste is all about, and how it can be handled at the ground level i.e. in the home itself. This is where a whole new chapter in composting began.

Teams approached homes with a three-way segregation concept i.e. dry, wet, and reject waste. Though the Karnataka government has now mandated segregation, the enforcement is yet to happen, says Vani. She recalls that it was a real challenge to bring about a change in the way people understand waste management.

She says that when you introduce something that shifts your habits, it will take a lot of resistance. Unless you sensitise people to landfills and their harmful effects, and how the toxicity comes back to our plate through the food, there is very little any of us can do.

Though communities mobilised segregation and recycling, the Bangalore’s municipal body–the BBMP was running this project at the top. Since the facilities to segregate wet waste were minimal, Swachagraha was started to promote home composting.

A simple website where the volunteers take a pledge to do their bit was created, with a target to reach 1 billion Bangaloreans. The pledge is followed by a one-week orientation where one learns the nuances of composting in one’s own kitchen.

With 60 per cent of waste generated in any household being wet waste, a system to segregate is a huge value-add, says Vani.

None of these volunteers who actively perform home composting have an agricultural background or the skill set. But that has not done anything to dampen the enthusiasm of these urban farmers.

Vani, who graduated from the Osmania University- Hyderabad, is now an authority on composting. So much so that she now does television shows, radio interviews, writes a weekly column for a regional newspaper and has been a TED speaker, all in the name of introducing the common man to a belief that they can contribute to the change.

With a huge smile on her face and a very obvious spark in her eyes she says,

Even when away from home, I would be more worried if the waste at my home has been segregated or not!

Different people have different passions and in that moment, Vani realised what her passion was.

Today Swachgraha is creating a legacy of its own by promoting wet waste management, composting and terrace gardening through three different steps:

With the harvest she had from her terrace garden

It is as easy as it sounds. Though the initial effort requires discipline, once it becomes a habit, it turns into a daily mantra. All the composting can be done indoors with minimal help and aid says Vani.

Vani has been working passionately to spread the movement through mobile stalls at events across the city, social media, weekly columns and workshops at schools. Her TEDx talk has also inspired thousands of people.

My daily ritual is composting. Contributing to it gives me happiness and every day when I get my hands dirty trying to plug out the weeds or water the plants, it’s like I have followed my religion. The religion of the Living soil!, says Vani, as she walks me into her terrace garden.

I am over awed by the fragrance of fresh mud on the terrace. Strawberries and cherry tomatoes peep cheerfully through lush greenery. From spinach to lentils, the terrace was flooded with a mix of earthen pots and wooden boxes customised to grow these plants. As Vani grabs a sickle to show me how to loosen the soil, I too am swept up in her enthusiasm and remind myself that one man’s trash is truly another’s treasure.