From individuals to corporations, this Mumbai-based entrepreneur has solutions for everyone to reduce their carbon footprint 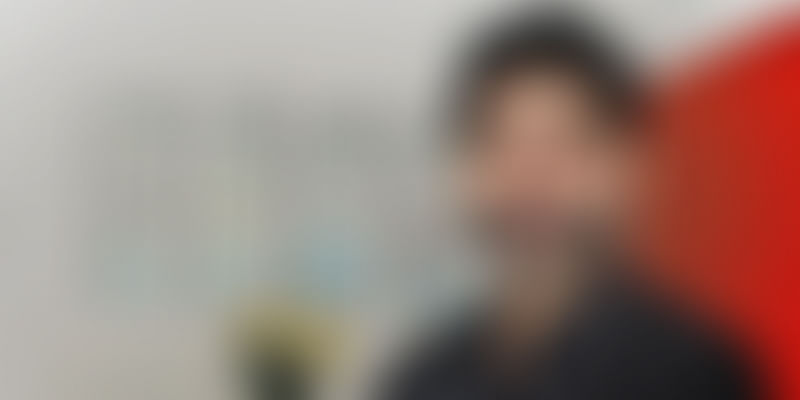 India is the world’s third largest emitter of greenhouse gases. Companies have taken advantage of the fact that there is little legal ramification to emitting poisonous gases and actively exacerbate the situation. Vivek Gilani, Founder of no2CO2 and cBalance, says,

The nation’s current carbon footprint is of the small wealthy class, comprising a mere one percent of our population. But unfortunately, that data is camouflaged by the 823 million poor who have nearly zero carbon footprint. So, in reality, the rich are hiding behind the poor.

According to Planning Commission’s Final Report of the Expert Group on Low Carbon Strategies for Inclusive Growth 2014, India needs to reduce its carbon emission by a significant 42 percent by 2030 as compared to its 2007 levels, and this would cost the nation nearly $834 billion!

Throwing light on the rather grim situation, Vivek says,

We do not have any legal ramifications of complying with low carbon footprint regulations. Actually, there are no regulations to begin with, so there’s little incentive for companies or individuals to even attempt to alter their lifestyles. This is why the entire issue is more humanitarian and less environmental.

Vivek’s passion for environment conservation goes back to his teenage years. At the age of 16, he was part of the Association of Youth for Better India, which was working in the area of waste management. Vivek succeeded in bringing his entire building together and convincing them to segregate waste under a campaign, ‘If not now, when? If not you, who?’ He then went on to pursue his Masters in Environmental Engineering from the University of Massachusetts and worked with a few consulting firms that were attempting to mitigate carbon footprint. In 2009, he returned to India with an aim to achieve a sustained balance in carbon emission, which he believed is everyone’s responsibility- individuals, schools and colleges, private and public corporations as well as the Government of India. He then founded his two organisations.

A non-profit, no2CO2 is aimed at individuals who are keen on reducing their own carbon footprint, thereby positively contributing to the environment. Vivek developed a free online tool called the ‘C-Footprint Calculator,’ which allows anyone to calculate how much their carbon footprint is across various areas such as, electricity, air travel, food and water consumption as well as in-city travel. It also suggests ways to take action to bring about change. Individuals can also access a work-in-progress online directory of ‘minimise resource providers’ such as car-pooling services, waste segregation methods etc. Once an individual is hooked to the idea of contributing to the environment, Vivek affirms that they naturally encourage more people to embrace these new solutions. Thus, through three vital steps of ‘Realise, Minimise and Neutralise,’ Vivek is spurring individual accountability to reduce the c-footprint effectively.

For instance, in their upby2 campaign, Vivek urges people to simply increase the temperature of air-conditioners by two degrees. He says,

Most places – be it restaurants, offices or cinema halls usually have air conditioners set at very low temperatures. Scientifically, our bodies are most comfortable at 24 degrees. So, if a coffee shop agrees to this setting, it manages to save Rs 10,000 per year as well as five trees. And in terms of its carbon footprint, it has reduced it by 0.29 kgCO2e.

Recalling an initiative with SAP’s main data centre in Germany, Vivek says, “We convinced the centre to increase their temperature from 14C to 15C which reduced the annual consumption by 219,000 KWH. This energy is enough to light up at least a thousand middle-class homes in India for an entire month!”

A notch up – cBalance for large-scale companies

cBalance, on the other hand, is a for-profit organisation that “enables organisations to think like individuals,” wherein Vivek’s team undertakes current carbon footprint evaluation for its client and devises a sustainable strategy roadmap for them to achieve measurable mitigation.

cBalance has undertaken projects with well-known companies such as Gits, Lemon Tree Hotels, ICICI Bank, Schneider Electric and Wipro to name a few. In 2014, Vivek and his team conducted a lifecycle assessment for the 50-year-old food company Gits to identify ‘hotspots’ – the areas where carbon emissions can be reduced. For instance, just from the raw material procurement, carbon emissions were contributing an average 63 percent to the overall product’s lifecycle emissions. Similarly, many such hotspots were identified, the mitigation of which would help reduce approximately 2,000 tonnes of carbon dioxide every year!

Back to the basics – Academic Curricula Integration Project

How long can we go on urging individuals and companies to alter their lifestyles? If we create a shift within the education system, wouldn’t it be easier? Wouldn’t the scale of change be larger and faster as well?

It’s with this thought that Vivek started yet another venture, Academic Curricula Integration Project – which aims at educating the next generation of building professionals (architects, engineers, building consultants, energy modellers etc.) with actionable knowledge on green buildings, design principles, sustainable cooling fundamentals and constructing energy-efficient properties, in the form of three to five-day workshopsAs of now, Vivek has already delivered workshops in Mumbai, Delhi and Pune, to over 200 practitioners.

On a parting note, Vivek says,

There are many individuals and organisations that are doing significant eco-friendly work and making a tangible difference. It’s important for them to disclose their initiatives (for individuals) and data (for companies) on public platforms to encourage more people to take up the cause.

After all, change indeed starts with you.