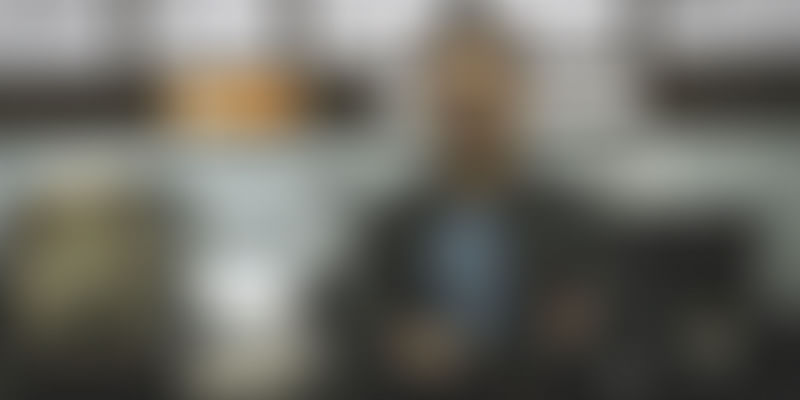 Move over strawberry and chocolate milkshakes! With flavours like Redbull Fiasco and Parle-G Shake, Gurgaon’s Bob’s -The Shake Store is giving shakes and desserts an Indian touch.

“Milkshakes are a gift from heaven that come in different flavours,” said author Anthony T. Hincks. And 22-year-old Utsav Batra whole-heartedly agreed. Being a foodie who loved to try and taste different flavours, Utsav thought of starting Bob’s - The Shake Store. The idea was simple, bring in the best milkshake flavours and tweak them for the Indian palate.

Utsav got the idea of Bob’s while on a visit to a restobar called Pranksters in Gurgaon. He saw that the restobar had given a different take to modern dishes, one that suited the Indian palate.

“It was then that I was motivated to work on a dessert store that could serve cosmopolitan crowds and yet create its own ‘niche’ in the market,” Utsav says. He may be a commerce graduate from the University of Delhi, but Utsav has always believed in entrepreneurship. And worked it at from a young age.

During his second year of college, Utsav founded CanvasINK, an online portal for car and bike novelty number plates and accessories. After that, he started BlackRack Designs, an offline and online design solutions provider.

With Bob’s, the idea was to create a dessert getaway, a vertical still traditionally dominated by Indian ideas of ice-creams and kulfi.

“Whether it is the Dutch Waffle concept on a stick or unique milkshake concoctions such as Unicorn, Parle G and our very own invention RedBull Fiasco, we are determined to stick to our commitment of trying out newer concepts, ideas, and mixes,” Utsav says.

They started with an assorted milkshake menu with modern and simple flavours; the challenge was to work on a store which didn’t represent another dessert outlet.

Once the idea was in place, Utsav started looking for a place to open Bob’s. He was sure that he needed a place school and college students frequented.

Setting up the space

Utsav set up the first Bob’s outlet at Courtyard by Nirvana, at Gurgaon. He did most of the conceptualisation and ideation, and set up the first store with the help of his father and by using his personal savings.

Utsav used a recruiter to hire his first manager and later went on to hire more people. The milkshakes are primarily made in-house. The team has a live ice-cream counter, with an assortment of five flavours and one seasonal change.

“We broke even in the fourth month of business, and have seen a MoM growth in revenue of about 18.5 percent. Our customer base sees about 14 unique customers added every day. Initially, finding the right product-market fit was a challenge... But, with the help of customer feedback, we have had a good retention rate with over 65 percent of repeat customers every day,” Utsav says.

He explains that the average margins for a restaurant business work at about 12 to 15 percent of EBITDA. The salaries and raw material cost work out to a major chunk.

Last year, the Indian cafe market was pegged at approximately $410 million. Technopak has marked the likes of Cafe Coffee Day, Dunkin Donuts, and Starbucks as contributing the most to this growth and market. However, there are several unique players and local players that have made their mark.

In Delhi itself, there are several hotspots like the Big Chill, Theo’s, Wenger’s and many others. In order to create a differentiator, Bob’s team started loyalty programmes.

Utsav says their three-stage loyalty programme has helped them in gaining a loyal repeat customer base and the referral marketing has worked wonders.

“The plan for 2018 is to scale to three stores in Gurgaon. We will look for franchising options from the first quarter of 2019,” Utsav concludes.