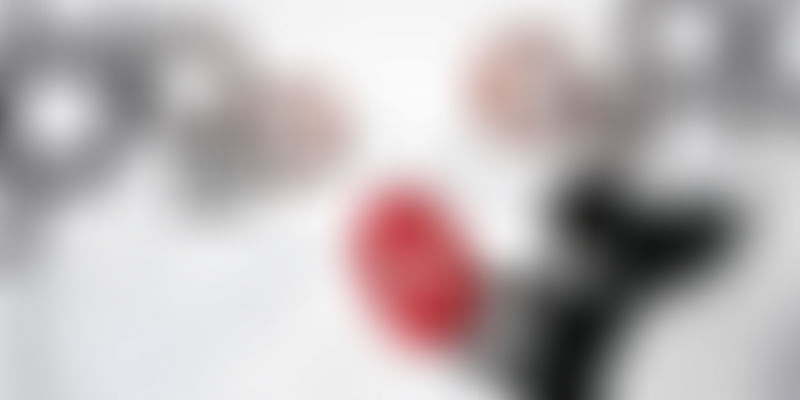 This story is brought to you by Lufthansa Runway to Success.

The entrepreneurial journey has two possible outcomes. You either succeed, or you learn a whole lot and grow as an individual because you couldn’t succeed. For women entrepreneurs there is a third possible outcome: you could become a trailblazer and chart a path that other women can follow.

Until fairly recently, women were encouraged to choose ‘safer’ or ‘easier’ career options like teaching or working in human resources. That’s changing, and rapidly so. Today, the concept of a woman entrepreneur no longer elicits surprise or curiosity in India. Thanks to women who defied convention or broke stereotypes to follow their passion, female entrepreneurs are no longer thought of as “dabbling” with a start up “just as a hobby” or as a pastime; rather they are being seen as icons and worthy of admiration.

The typical objections to women entrepreneurs from a conservative society have included “Who will take care of the household?”, or “How will a woman handle finance?”, or “Business requires a lot of travelling and networking.” These objections and comments are still heard, but the voices are no longer as shrill or widespread as they used to be. Actions speak louder than words. And women have proved themselves more than capable of handling all aspects of a business.

Let the Lufthansa Runway to Success power your entrepreneurial journey.

[Click here to know more about what you stand to win.]

So what are qualities that have led to women entrepreneurs of India becoming a force to be reckoned with?

There is something about adversity that brings out the best in people, especially women. Eleanor Roosevelt put it rather eloquently when she said, “A woman is like a tea bag. You never know how strong she is until she’s in hot water.” Closer home, there have been an impressive list of women entrepreneurs who started out with nothing or battled immense personal and professional odds to make their dreams come true. Jyothi Reddy, who was born into an impoverished, agricultural family and is today the CEO of a $15 million IT company in the US, and Madhu Singh, who defeated breast cancer and went on to establish a top preschool in Noida are just two examples. They are just two of the many women who have pressed on to set up, scale and succeed despite the body blows they faced every step of the way.

Success vs. the desire to do good

Many women entrepreneurs are driven by a desire to do good work, realise their dreams and prove their detractors wrong, rather than just make money. One such example is that of Aditi Avasthi who founded Embibe, a Mumbai-based ed-tech startup that combines technology and data sciences to help students prepare better for competitive exams. Her own negative experiences while facing competitive exams led her to start a venture that would help young people and guide them through a very crucial period in their lives. Sia Umesh came from humble beginnings. She could have continued with her corporate job, but she gave that up to set up Karmashya, an online portal selling high-quality religious and pooja articles. The venture has an all-woman team to run operations – every single one of them comes from an underprivileged background. It’s Sia’s way of giving back to society while also running a successful venture.

Resilience is the common thread between Saumya Gupta, who failed to get a job after qualifying as a pilot but went on to found an apparel business with an annual turnover of Rs 10 crore, and Arpita Khadria, who quit her plum job because of an unsupportive boss and went on to establish three successful ventures in a couple of years. Everybody takes a fall at some point in life; the only thing that matters is whether or not you got up to face the fight once again.

Plush offices and hefty salaries cannot motivate one to go to work as enthusiastically as a genuine passion for work can. It goes without saying that most women entrepreneurs are extremely passionate about their work and believe they can make a difference to others. Harsha Thachery and Liya Verghese transformed their passion for tasty home cooked food into Masala Box, a foodtech startup that connects foodies to hundreds of home chefs in Kochi and Bengaluru. Ankita Shroff, founder of SAV Chemicals, speaks for several of her counterparts when she says, “A dream becomes a goal when action is taken towards its achievement. It’s my conviction that checkboxes are made so that they can be ticked.

One successful woman often starts off a domino-like chain of other successful women. Sometimes this effect is exponential as in the case of Dr Saundarya Rajesh, who started a successful recruitment firm and went on to start a women-focussed consulting firm called AVTAR I-WIN that has helped restart the careers of more than 8,000 women who had taken a break after motherhood or other reasons.

The environment in India is very supportive of startups right now with the government organising the glamourous Startup India Initiative in January this year. So it won’t be surprising if we see a higher number of exceptional women start on or accelerate their entrepreneurial journey this year.

The Startup Expo, a part of Lufthansa Runway to Success 2016 is all set to give entrepreneurs everything they need to succeed. It’s all happening in Gurgaon on April 23.

Sign up to be a part of the Startup Expo just takes a couple of minute. This one-day event, organised by Lufthansa and TiE, will bring together startups, investors, corporates, professionals, embassies, students, support organizations, service providers and other stakeholders in the ecosystem looking to explore partnerships with a pool of entrepreneurial talent across various sectors.

Applications to the Lufthansa Runway to Success close on April 30, 2016. Apply today!