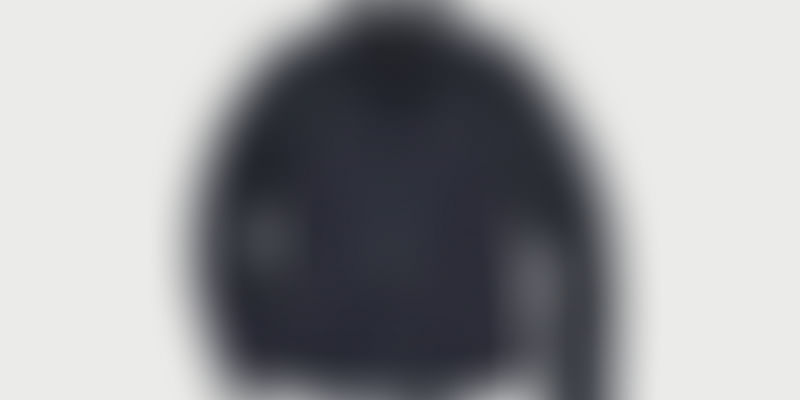 With everything going 'smart' these days, from your phone to your watch, it was only time before your clothes got their smart on too. In a unique collaboration between iconic jeans-maker Levi's and technology giant Google, Google’s Advanced Technology and Projects (ATAP) Group had unveiled 'Project Jacquard' at the company's annual software conference Google I/O last year.

The year-long partnership yielded the world’s first 'Smart Jeans Jacket', launched at Google I/O this year and is all set for release in Spring 2017. Integrated with the Jacquard technology, Levi’s Commuter Trucker Jacket is tailored specifically for urban bike commuters.

“The Levi’s brand is the first partner we joined forces with to create interactive Jacquard garments to consumers. The Levi's innovation team and Google teams joined forces to create a modern version of denim that is interactive and yet authentic,” said Google’s Project Jacquard website.

On the partnership last year, Levi Strauss & Co VP (Head of Global Product Innovation and Premium Collection Design) Paul Dillinger had said that the work that Google and Levi’s are embarking upon with Project Jacquard delivers an entirely new value to consumers with apparel that is emotional, aspirational and functional.

Weaving techniques of the jacket

Wearing this jacket, users can better navigate mobile experience and get connected to multiple services such as music or maps while riding the bike. Under Project Jacquard, designers will be allowed to connect existing apps and services to Jacquard-enabled clothes and add new features to the platform.

The elements of the jacket include thin, metallic alloys coupled with natural and synthetic yarns like cotton, polyester or silk. The conductive yarn enables the integration of sensor grids, connectors and tiny circuits across the weaving process of textile.

Ivan Poupyrev, Technical Project Lead at Google ATAP, said, “You don’t have to treat Jacquard Jacket differently from a regular jacket. It can be even washed easily. Our vision is that any apparel maker, not only Levi's, should be able to manufacture their own smart garments using Jacquard and their own supply chain because we want to empower the apparel industry to create this new product platform.”

He further added that Google works in the same location where regular apparels are manufactured by Levi's. They are using the same denim looms, construction techniques and processes to weave interactive denim.

“Of course we have some testing facility to understand the functionality of the jacket. Users will be able to connect to favourite services like calls and messages, Google Maps and Google Play, and can use third-party services such as Spotify and Strava as well.”

Google optimises radar control algorithm over the system architecture and uses power consumption from 1.2 w to 0.054 milliwatt. Google uses the same processor as it uses for the watch (Qualcomm Sanpdragon 400 and Intel Atom) and is able to achieve 256x optimisation while maintaining 18,000 radar frames per second throughout over the data.

The technology works by emitting electromagnetic waves in a broad beam and is capable of tracking and recognising the fine motions of the fingers and hands. Soli, unlike traditional radar, prevents the usage of large bandwidth and high spatial resolution.

Other highlights from Google I/O 2016

With an estimated marketshare of over 85 percent and high accuracy rates, Google is currently the preferred search engine worldwide. But by utilising machine learning and artificial intelligence—specifically, areas like natural language processing, voice recognition and translation, Google aims to take this one step further with Google Assistant.

In the early days of the World Wide Web, about 300 million people would connect to the Internet through desktop machines. That number today has crossed three billion, with the majority using mobile devices as their primary way to get information and for a variety of other activities.

“We live in exciting times and it truly is the era of mobile phones. Fifty percent of Google’s queries come from mobile phones. Out of that, one in five queries from the US are voice queries,” said Google CEO Sundar Pichai.

Going forward, Google is in the process of developing custom connectors, electronic components, communication protocols and an ecosystem that supports simple applications and cloud services.