With half a million registered users, Hitwicket lets you ‘own' a T20 cricket team and call the shots 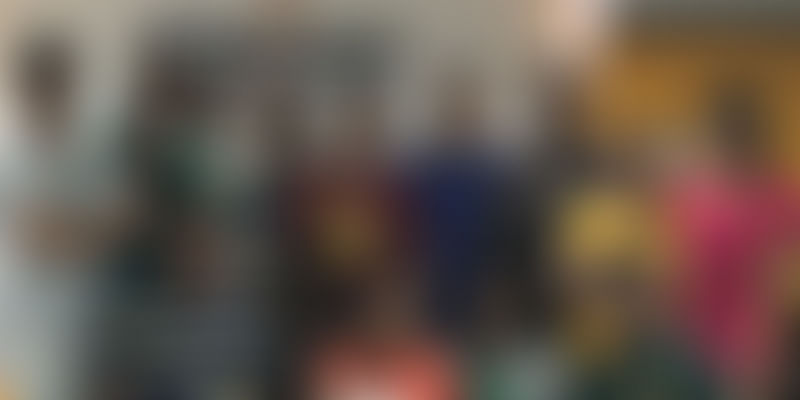 In the run-up to any sporting event between multiple parties, there is a ‘game before the game’ that plays out internally, where coaches and higher management strategise and galvanise players into the best course of action.

In India, where cricket is a religion, most viewers watching a live game have strong opinions and arguments on how a team could do better and what they would have done instead if they were in charge. Hitwicket, a Hyderabad startup, has tapped into this fervent devotion by coming up with an online, strategy-based cricket simulation game. The game caters to the primal need of all the armchair thinkers and future general managers who yearn to be a part of the game and, better still, call the shots.

Hitwicket was founded by college buddies Kashyap Reddy and Rishav Rastogi. Kashyap, the CEO and an avid Football Manager games player, was always intrigued by their popularity and potential. So along with Rishav, he conceptualised the idea for a strategy-based cricket game way back in 2009. However, the product’s scope was just too large for them to handle at that stage, so they took up web services projects for clients to raise capital to fund their idea.

In 2011, they hired two more developers, Rajat Singhal (CTO) and Saurabh Maheshwari from VIT, to work with them on Hitwicket. The following May, they finally launched Hitwicket in private beta and six months later, at the end of 2013, opened it to public users.

In Hitwicket, users take managerial control of a fictitious T20 cricket team and then make ‘real world’ decisions similar to managers of IPL teams such as negotiating deals with players, selecting the players for a match, finance management and so on, which directly impact the game’s outcome.

Considering cricket is a mind game too, users must make decisions based on economics, probabilities and statistics to compete with and beat other users in the league. Keerti Singh, who heads operations at Hitwicket, explains,

You control a team of players, each of whom have varying levels of batting, bowling and fielding skills. Hitwicket’s proprietary Match Engine algorithm simulates the entire match based on the player’s skills and the match lineups set by you.

By May 2014, Hitwicket had 34,000 active users and they held regular offline meet-ups in different cities in India as also in Pakistan, Bangladesh and the United Arab Emirates to connect their community and get feedback from them. After bootstrapping and growing organically since inception, Octathorpe Web-Consultants Pvt. Ltd., Hitwicket’s parent company, raised $250,000 from The Chennai Angels (TCA) to help fuel further growth.

Hitwicket has now grown to a 14-member team, six of whom are developers while the others look after marketing, design, finance and operations. The game works on a freemium model and monetises through purchasable game currency and premium content like statistics, team logos and in game currency and so on.

Once considered a juvenile pastime, video games have evolved into a multi-billion dollar industry over the past four decades. With the rise of multiplayer games for PCs, consoles like XBox and PlayStations and games specifically designed on smartphones, they now have a dedicated following among the adult demographic too.

Games can range from simple visual scenarios to complex strategic environments and hence appeal to a wide spectrum of users. ‘Managerial games’ like FIFA’s Football Manager have achieved mainstream popularity globally because of their inherent appeal at both primeval and intellectual level. There are even reports that premier league clubs utilise Football Manager to help identify and recruit new signings. It is still early days for Hitwicket but it will be interesting to see how the cricket fraternity adopts it along with other fantasy leagues, which have also gained popularity.

Keerti points out that Hitwicket is seeing good organic growth and its current average user time per session is 21 minutes. Unsurprisingly, fans from cricket-playing nations such as India, Bangladesh, United Kingdom and also some from NRIs based in the United States form the bulk of its user base.

Going forward, the Hitwickets team aims to enter other promising markets like Australia, United Arab Emirates, Singapore and South Africa. Out of its 5,00,000 user base, Keerti estimates that 80 percent is now active on the mobile app. The team believes that unlike other niche games that risk losing user interest quickly, a game based on sports will remain popular as long as the sport itself is popular. And with a billion fans in India alone, the game will be around for a long, long time. As for long-term plans, Keerti says,

Once we establish ourselves as the Premier Cricket Game, we will use our platform and proprietary algorithms to build similar games for other sports like hockey, tennis and Formula One.