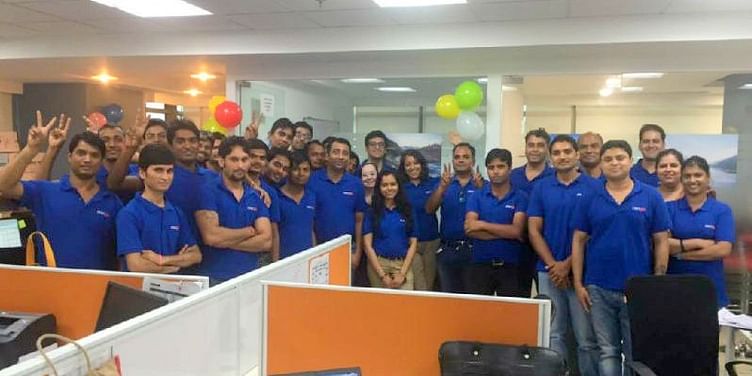 Eyeing a larger market share, logistics solutions provider Rivigo is banking on 'drivers relay system' for faster delivery of goods and is looking to take its trucking fleet to 3,000 this fiscal.

The firm, which has a fleet of 800 trucks, claims that based on its innovative 'drivers relay system', truck loads are delivered to Chennai from DELHI in two days instead of conventional eight days.

Logistics is one of the largest industries with more than $ 100-billion size and there is enough to do in this market. We started working on the 'Driver Relay Model' wherein we change over the drivers after every few hundred kms.This improves the turnaround time and service levels, Rivigo CEO Deepak Garg said in a statement.

Garg, who is an alumnus of IIT Kanpur and IIM Lucknow, is a former McKinsey & Co. consultant.

He said the company is eyeing to occupy the top slot in logistics market as its innovative relay model for drivers has not only facilitated their return to home the same day but ensured the truck kept on moving, resulting in a faster and efficient delivery of goods.

By drivers relay, the company made sure drivers got back home on the same day (or within 24 hours) and thereby, saved 50-70 per cent of the turn-around time on long-haul routes.

He further said to tap the opportunities in the sector, Rivigo plans to ramp up current network of 41 trucking pitstops and a similar number of processing centres to over 200 across the country over the next 12 months.

We also expect to expand our trucking fleet size from its current 800 to between 2,500-3,000 over the same period. In the next three years, we definitely want to see Rivigo as a mainstay logistics service provider, a leading logistics platform in the country, he said.

He said Rivigo has already won major deals from players such as AbbottBSE , Hero MotorCorp , ITCBSE and LupinBSE for transporting their products, it has also started transporting spare parts for Hero MotoCorpBSE from Neemrana factory to all across India, Garg claimed.

India's logistics sector is poised for accelerated growth, led by GDP revival, ramp up in transport infrastructure, e-commerce penetration , impending GST implementation and other initiatives like 'Make in India', he said.

He further said the company had launched several new services like part-load and cold chain, which will be scaled up. The company has raised about $ 40 million in largely equity financing till date, from SAIF Partners, with a small component of venture debt funding from specialty debt financing firm, Trifecta Capital , he added.