Make-in-India is almost two years old - is it hype or has it gained momentum? 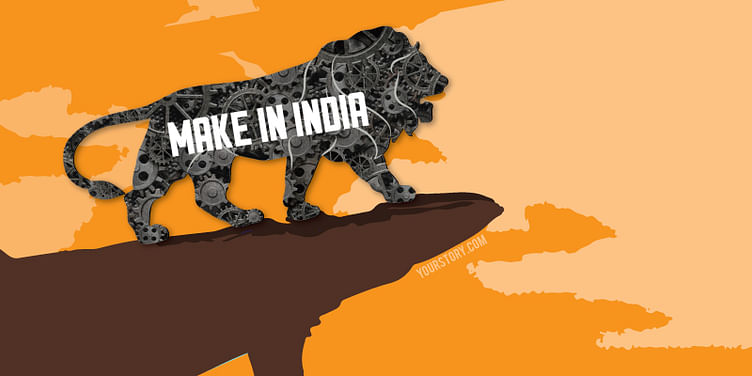 When Dynamatics Technologies – a Bengaluru-based component manufacturer – signed an agreement with Airbus to make a wing component, it was an important moment in Indian manufacturing. It signalled that even a components’ manufacturer could aspire to become a preferred supplier to a global OEM. Yet, Indian manufacturing has not yet achieved its true potential. It has stagnated at 15-16 per cent of the GDP for over five years now. While the government wants ‘Make-in-India’ to be the slogan for generations to come it still has to be well thought through.

Some of the big leaders in the software industry believe that manufacturing alone is not the panacea for India’s job creation woes. “I am not sold on the idea that manufacturing alone can be the solution for India’s growth,” says Nandan Nilekani, former CEO and co-founder of Infosys. He adds that it is only part of the larger solution that India needs.

Make-in-India: Where does it stand?

Ever since its launch in September 2014, ‘Make in India’ has had over 170 global and Indian manufacturers committing investment worth $90 billion. The largest among these investments was from Reliance Industries, which committed $42 billion to the country’ development.

However, the world looks at India for its software services, which exported at least $98 billion in value – according to Nasscom – last year. Manufacturing exports were more than $220 billion on an average for the last three years, yet it has not been able to garner the same brand image as the IT industry. Here is why:

Now defunct License Raj, contributed to the country not being able to build a world-class manufacturing middle class like Germany, USA or China.

There is a large ask of ‘Make-in-India’. India needs to employ 300 million people by 2030 to get rid of that adage that the country is a nation of traders. The world forgets that the Renault Nissan Chairman Carlos Ghosn coined the word “frugal-engineering” after studying the ability of Indian automobile manufacturers to produce cars at such low costs.

In Karnataka, Industries Minister, R V Deshpande, told Your Story that the future of large manufacturing investments will be automation. He, however, believes that large Tier-I and Tier II manufacturers will have a combination of people and machines. “There will be many small companies that will become global suppliers from the country and there are many setting up their factories in Karnataka,” says R V Deshpande.

“Manufacturing is poised to grow in the country, engineers can make a career in this industry,” says V Sumantran, former executive vice chairman of the Hinduja Group. He adds that automation is here to stay, but it is not going to displace people. “There are processes that will require automation. But it will be people oriented,” he adds.

There are investments happening across various states. Andhra Pradesh and Telangana are doling out tax sops for global industries to set up shop. Similarly Gujarat, Rajasthan, Madhya Pradesh Karnataka, and Maharashtra have plans to increase their manufacturing capacities. However, the problem is that between politics and industry, there are under-currents of crony-capitalism that persist and stall progress. The way the Trinamool Congress ran Tata Motors out of West Bengal - in 2008 – was like a witch-hunt that neither found a witch, nor did it do any good to the State’s reputation. All it did was destroy the State’s hope of coming out of its Communist past and, most importantly, it lost its chance of being the destination where the world’s most frugally engineered and low-cost car was manufactured. That honour went to Sanand in Gujarat.

So, with such embarrassing examples, India needs to ensure that ‘Make-in-India’ becomes a reality and not a contradiction.