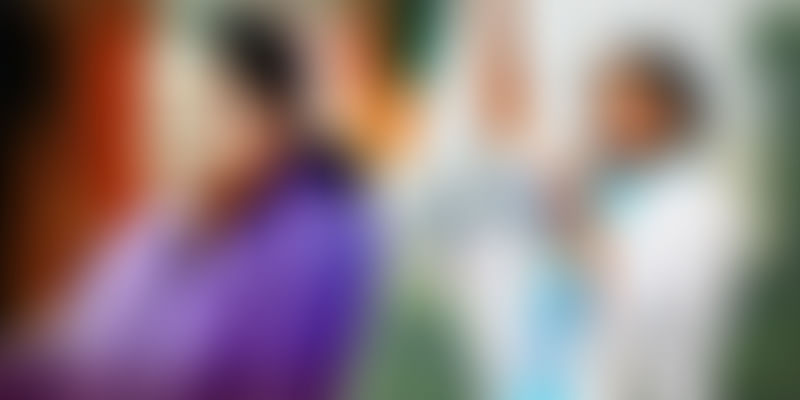 Mamata Banerjee and J. Jayalalithaa’s victory in the 2016 Assembly polls in Bengal and Tamil Nadu has unleashed a slew of gifs and images on social media with the text “Mummy Returns”.

But who was this joke really on, one wonders? Mamata and Jayalalithaa laugh their way to helm the affairs of their respective states, West Bengal and Tamil Nadu. In the face of anti-incumbency and sustained media scrutiny these women showed that they are still in demand and have their finger on the pulse of the masses. The joke was clearly on the electoral pundits who had written them off.

If you have not been keeping in step with political developments in these states, here is what you need to know about these firebrands:

Didi, as she is fondly known, is the first female Chief Minister of West Bengal. She won in the Assembly elections in 2011 on a Trinamool Party ticket in West Bengal, which is long considered a fortress of the Communist Party of India (Marxist) i.e CPI(M). Scripting a landslide victory in the recently concluded elections she is now back for a second consecutive term.

Mamata started her political career in the Congress in the 1970s, and in 1984 became one of the youngest parliamentarians ever. In 1991, she won in the general elections and under the Narasima Rao government she took charge as Union Minister of State for Human Resources Development, Youth Affairs and Sports.

Known for her simple or rather austere lifestyle, Mamata is always seen in white Bengali sarees and the trademark jhola. She separated from the Congress in 1997 and started the All India Trinamool Congress (AITMC or TMC) in 1997.

Named as one of the 100 most influential people in the world by the Time magazine in 2012, Mamata has also served as Minister of Railways considered one of the most prized portfolios in the Government.

Jayalalithaa or Amma, as she is popularly called, has been Tamil Nadu’s Chief Minister thrice before, from 1991 to 1996, 2002 to 2006 and 2011 to 2016. The just concluded Assembly election marks the first time that she has successfully bucked the anti-incumbency trend, earning herself and her party the AIADMK another term in power.

She started her career in 1960s as an actor. An accomplished dancer, artist, and performer, she worked in more than 100 movies in South India and entered politics in 1982 when she joined AIADMK. In 1981 she was the leader of the Opposition and in 1991 she first became the Chief Minister, though not the first woman CM the state had seen. In the 1996 elections, fought with the backdrop of corruption charges and anti-incumbency, she lost her seat. But she fought her way back to power in the 2002 polls.

It’s not been rosy

Both Mamata and Jayalalithaa took office last in 2011. Jayalalithaa, who came back to power in 2011 despite being convicted in the Pleasant Stay hotel case and the TANSI land case, and sentenced to one year of imprisonment in 2011 only to be subsequently acquitted in both cases.

In 2014 she became the first incumbent Chief Minister of India to be disqualified from holding office due to conviction in a disproportionate assets case in September 2014 in Karnataka. According to this claim it was alleged that she had in her first tenure as chief minister amassed properties worth crores. She was sentenced to four years in jail and fined Rs 100 crore by the courts but on May 11, 2015, the Karnataka High Court acquitted Jayalalithaa in the disproportionate assets case, and she resumed office as Chief Minister on May 23.

She was also at the receiving end of heavy criticism due to her administration’s mishandling of the relief efforts post the Chennai flood of 2015. The criticism was particularly sharp as many of her party workers stuck her photos to the food packets that were distributed by volunteers and NGOs during the relief measures.

Many expected a strong anti-incumbency wave against Mamata Banerjee too, due to the many issues she faced during her first stint as Chief Minister – from the Sharda chit fund scam, to the collapse of the flyover and her remarks about the rape case. Being one of the few non-BJP chief ministers Mamata has received a lot of negative media attention. Additionally, she has also been questioned for some of the promises she made as Railway Minister that she was unable to fulfil.

In the face of allegations against senior party members too she remained unfazed, branding it as smear campaign. She has proved her naysayers wrong by storming back to power with her party obtaining a two-thirds majority.

Both the women have managed to duck the anti-incumbency factor and emerge victorious. By winning a consecutive term these two seasoned politicians have won this round against their entrenched opposition.