How 23-year-old Nishka Mehta is redefining Bengaluru’s art life, one office at a time 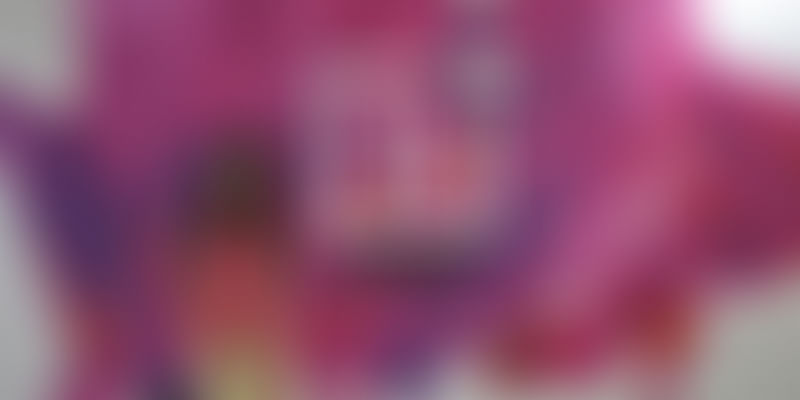 For 23-year-old Nishka Mehta, what started off as way to beat boredom during some free holiday time turned her passion for painting into an entrepreneurial venture named Art Beat, one of Bangalore’s most creative e-commerce art studios.

Art Beat focuses on conserving the authenticity of art that’s slowly dying down in the digital age. Nishka runs the company that creates handmade works of art, coasters, magnets, miniature frames, portraits, and her personal favourite – wall paintings. She believes that anything and everything can get customised. Hoping to break the stereotype that all art is expensive, she has prized her creations reasonably.

The journey of this entrepreneur

This young artist started off in 2013 while still pursuing her Bachelor of Business Management from Christ University. Although she detested studying commerce, she admits that it has helped her with running her business. Her passion for art began when her sister persuaded her to start sketching at the age of four. She soon nursed ambitions of being a fashion designer. Although she was rejected by her dream institute, she never gave up. She decided to pursue painting instead. Her first exhibition-sale of her art work at a flea market in Bangalore was not exactly a success and her friends were her only customers.

Rather than feeling discouraged, she started a  Facebook page to display her art. The idea was to reach as many people as possible and spread the word about Art Beat. When she received her first customer call, she took up the project at a loss. However, she saw this as a start, and it pushed herself to excel more. Soon the orders came in, and since then, there has been no looking back. Right now, she plans to start selling her work to various cities across the country.

The ups and downs

Nishka recalls a time when it was not all smooth sailing. There were days when there was no work, her make-shift gallery was on the verge of shutting down and her friends were backing out. The only constants she had in her life was her talent, courage, and the undying support from her family.

“Initially, people weren’t so receptive about art and my work. I wanted to make a living out of it even though it was difficult. I aimed at making people understand what art really is about and that happened by selling at lower costs. When you enjoy what you do, even the hardships eventually become easy. The “up” phase is too boring, you see. I feel that something is definitely fishy in life if things are at a constant,” she chuckles.

Getting the figures right

Nishka was always prepared for the hard times. She knew that free paintings and small orders were the only way she could get a foothold in the industry. Her preference of working alone rather than having a team, did good to her. Once word of mouth spread, her real journey began. During the first year, she was too happy with the amount of work coming in to calculate her revenue. She believed that she was she was doing something that she loved and nothing else mattered. Her initial investment was Rs 12,000, which she borrowed from her father was happily settled it once she entered her second year. Her turnover was now Rs 7-8 lakhs. The figures kept doubling with time.

The works of her imagination

Today, she has designed everything from small cafes, to homes, to corporate offices. Her work can be found at the head office of OnePlus, the office of Roadrunnr in Koramangala, The Orange Bicycle/Kitschdii Store in Indiranagar, The Tuckshop in Koramangala, The Outfit Gym in Kalyanagar, and The CatStudio/Furpurr to name a few.

Nishka was the live painter at the Under25 Summit in Bangalore and was also invited by the TedX Bangalore for a painting workshop recently.

Art has no rules and boundaries. It’s all about pushing yourself beyond your imagination. Anything that is creative, can be called as art. I’m lucky to be a part of this industry when the market is booming and people are more appreciative. It’s a perfect phase where young minds are inclining towards graffiti, doodling, and modern abstract art while the older ones are going back in time to the authentic traditional art forms. You’ll see people wanting a perfect blend of both, today. The pay scale isn’t much, but it doesn’t really matter. At the end of the day, you know you’re doing a good job when you see that satisfied smile on your client’s face.

“I suggest that if you’re a beginner, say yes to all the work you get – big or small. That’s the only way you’ll learn and get rid of the initial hesitation. Just keep believing in yourself and the beauty of your art, you’ll go a long way,” says this chirpy and energetic entrepreneur.