Out of a Sci-Fi movie! You could soon be using one of these public transport innovations for your daily communte 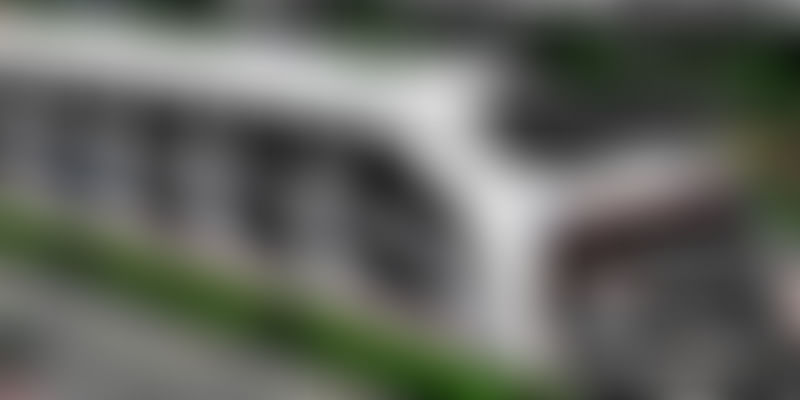 Snarled-up traffic is a universal problem that turns the dawn of a new day into a nightmare. Cities and regions worldwide often instigate infrastructure strategies to solve public transport woes. The history of Chinese inventions never stopped echoing its technological innovations and scientific discoveries. This time, China has developed a 3D Express Coach, a futuristic straddling bus that allows cars lower than 2 metres to drive underneath.

The public transportation of China is defined by subway, light rail, bus rapid transit (BRT), and normal buses. The 3D Express Coach will be a substitute of BRT.

Conceptualised by the Hashi Future Parking Equipment Company, the design was unveiled at the 13th Beijing International High-tech Expo in May 2010. The bus will run through a fixed route, and the width of its compartment is equal to two traffic lanes. Powered by electricity and solar energy, the bus can speed up to 60 km/hour carrying 1,200-1400 passengers at a time.

From the safety perspective, the alarms of the buses will warn the cars running too close to it and signal other vehicles while taking a turn. The other features include evacuation slides; sensors to prevent from colliding with other vehicles or persons; warning lights and safety curtains to stop over-height vehicles to pass underneath; repeater traffic signals underneath to relay the indications of traffic signals up ahead and animated light displays to simulate stationary objects to prevent disorientation of drivers underneath.

The bus designer Youzhou Song estimated that the straddle bus is capable of replacing up to 40 conventional buses, saves 860 tons of fuel, and avoids 2,640 tons of carbon emissions. Building the bus along with its 40-km-long path fetched about ¥500 million, which is believed to be only 10 per cent of the cost of building an equivalent subway. The bus is likely to reduce traffic congestion by 20‑30 percent.

Innovations around public transport system can effectively reduce the use of personal cars on the roads, thereby making cities less polluted and congested. To make the commute simpler, easier and exhilarating, cities all over the world are rolling new and innovative transport systems. Let’s have a look at a few of them:

China is developing a Vacuum tube train, a high-speed rail transport that will be run through magnetic levitation in evacuated tubes or tunnels. It will travel 6,400–8,000 km/hour and surprisingly completing the trip from Beijing to New York in less than two hours.

Though rail transport is a cheaper option to commute, the infrastructure cost to build Monorail, maglev systems and high-speed rail are very fiercely expensive. Thanks to the innovation of California-based Anatoly Unitsky's String Transport Systems which has redefined the rail transportation system. Built with High Tensile Steel Wire, the rail system is earthquake, hurricane, and terrorist-proof and can support vehicle speeds of over 500 km/hour.

Designed by Houston, US-based Tubular Rails significantly reduce building costs and infrastructure, which is 60 percent less than the cost of building a comparative system. The system allows trains to even carry trucks and its wheels and motors are contained in elevated rings. It travels at a speed of up to 240 km/hour. It comes with a usable passenger floor space of nearly 3,000 square feet, easily accommodating 400 to 500 passengers along with food services and restrooms.

Conceptualised by California-based Tesla Motors, Hyperloop is a solar-powered high-speed train that will connect travellers from San Francisco to Los Angeles in less than three hours. Designed by Tesla and SpaceX engineers, the train will travel at a speed of 1,220 km/hour. It is believed to be faster than a bullet train or the California High-Speed Rail project, which run at rate of 200 miles per hour.

The roller coaster innovations over the years have scripted a history in the domain of public transportation. Technology and innovation always go hand-in-hand when it comes to produce an effective and creative product. With the revolution of technology, the difference between the real world and science fiction seemed to have narrowed down. The day is not so far when the human life will be controlled by the driverless vehicles, flying cars, and drones.