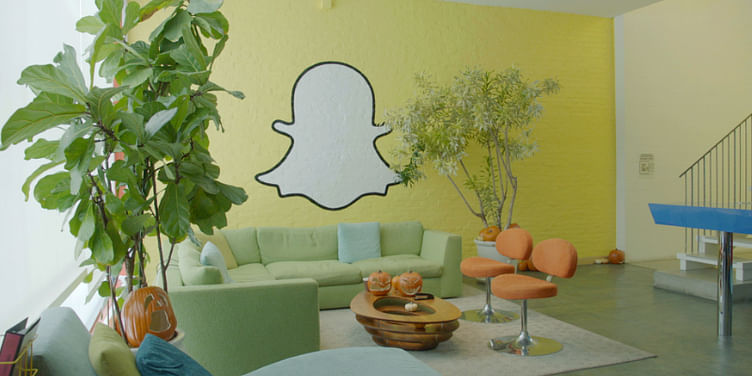 Ephemeral photo and video messaging app Snapchat has raised a $1.8 billion Series F funding round, according to an SEC filing made on Thursday. A TechCrunch report states that investors in this round include General Atlantic, Sequoia Capital, T. Rowe Price, Lone Pine, Glade Brook Capital, IVP, Coatue Management and Fidelity. In March 2015, Snapchat had raised a $200 million Series E round led by Alibaba.

Snapchat was founded by Evan Spiegel and Bobby Murphy at Stanford University in 2011. Regarding their inspiration, Evan wrote in a company blog post,

We wanted a place to share awkward selfies and funny photos with our friends.

The founders heard hilarious stories about emergency detagging of Facebook photos before job interviews and photoshopping blemishes out of candid shots before they hit the Internet. They then realised the need of a better solution and started working on a prototype. Snapchat's first version of the app on iOS in September 2011.

By June 2012, the company had hired more engineers and also reached a milestone of 110 million images shared. Thereafter, the startup witnessed explosive growth and in October 2012 reported that it had reached the landmark of 1 billion snaps - with over 20 million unique moments shared every day and also launched their Android app.

Having captured the imagination of users with pictures, Snapchat forayed into video content in 2013. The company kept up the tempo in 2014 introducing new features such as 'My Story' and 'Geo filters'. Based on its growing popularity and appeal, Facebook tried to acquire Snapchat for an estimated $3 billion but was instead turned down. Snapchat turned down Google too for a $4 billion offer. In 2014, Snapchat opened up the platform to advertisers and launched the 'Discover feature' in 2015 to help brands reach out to consumers.

Snapchat had raised about $830 million across multiple rounds before their $1.8 billion Series F funding round. Most recently in March 2016, the company launched 'Chat 2.0'. It explained in a blog post,

Over past two years, we’ve learned a ton about how people talk, but our goal remains unchanged. We want Chat to be the best way to communicate — second only to hanging out face-to-face. We’re excited to introduce Chat 2.0. You can start by sending a few chats, and when your friend shows up, start talking or video chatting instantly with one tap.

On the financial side, Techcrunch reports that Snapchat brought in $59 million in revenue in 2015, according to data in a leaked deck that it gained access to. The report also added that while the Form D didn't reveal the company's valuation, Techcrunch's sources estimated that the targeted post money valuation is close to $20 billion.

Related read: How to use Snapchat to market your startup

While pictures got Snapchat its initial traction, the California based company now aims to go bullish on video content. From two billlion daily views in May 2015 Snapchat's daily video views have grown 350 percent in eight months and they are estimated to be closing in on Facebook's video consumption of daily video views according to a report. According to Snapchat's website, they have already crossed 10 billion daily views.

From the leaked pitch deck, Techcrunch also notes that Snapchat has estimated that revenues will be between $250 million and $350 million for 2016, and between $500 million and as much as $1 billion for 2017. While these may look like ambitious numbers, Snapchat does seem to have tremendous market demand. Bloomberg recently reported that Snapchat had scored a unique deal with NBC and will be providing updates of the upcoming Olympics in Rio De Janeiro through its own dedicated Discover channel. Snapchat also currently has about 17 content creators on their Discover section and also a '3V' ad targeting solution. So revenue shouldn't be a worry going forward.

An interesting perspective worth noting is that Snapchat's strategy is to focus on developed markets and a recent report from The Information noted that Snapchat doesn't care about India and other developing markets. The report highlighted,

Snapchat has been taking off overseas in areas like the Middle East, but the company isn’t investing in developing regions. Its approach to growth is to only focus on users of value to advertisers in regions with good Internet services. This contrasts with Facebook’s strategies, which seek to connect the globe at enormous expense.

This is not surprising considering Evan has been considered to be a somewhat controversial figure. In a recent story that dove deep into the life of Snapchat's CEO, Recode noted,

Admirers say Spiegel is as good at building products as Mark Zuckerberg and Steve Jobs. And if you think that’s hyperbole, you should talk to several of the sources we spoke to for this story, who casually likened him to Picasso. That doesn’t mean you’d like to hang out with Spiegel. He’s headstrong and controlling, and he implements a quick-to-fire style foreign to the Silicon Valley tech scene.