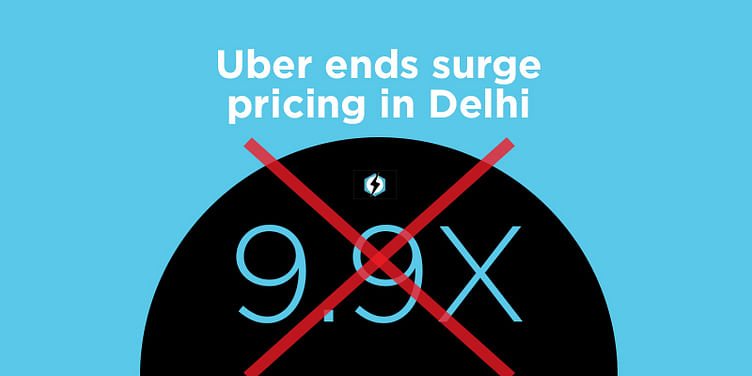 It looks like the Delhi government has won the battle against Uber’s surge pricing in the national capital. Several reports in the media today suggest that Uber has permanently dropped its surge pricing in Delhi. They claim that in a letter sent to the Transport Commissioner, Uber stated that the per-kilometre fare charged on its platform in Delhi will not exceed the government-prescribed rate.

Until last month the San Francisco-based cab aggregator and the Arvind Kejriwal-led government were at loggerheads on surge-pricing. Though Uber had temporarily suspended surge pricing during the second phase of the odd-even scheme in the city, it had brought back surge-pricing in Delhi.

At that time, Uber Delhi had tweeted:

No surge means that availability and reliability will take a hit. We're working hard on getting more cars out on the road. Bear with us.

The battle against surge pricing began when Kejriwal had started receiving complaints from regular passengers about how surge pricing was affecting them. The government then took action on those complaints.

“In Delhi, surge prices up to 5x-7x are common in both [Ola and Uber]. Section 67 of Indian Motor Vehicles Act clearly states that the authority to decide the charge lies with the government. But Ola and Uber decide the fares for their commuters. Ola used to show the surge pricing on their rate card earlier. Now it is shown on the estimate tab once you feed your destination.”

This cutting of surge pricing will be a big blow for the cab aggregators, as they normally run on low charges during non-surge times and cash in on the surge periods. Many argue that surge pricing is part of the economics of demand and supply. Many also add that while the government needs to set a cap on surge pricing, the real price should actually be determined by demand and supply.