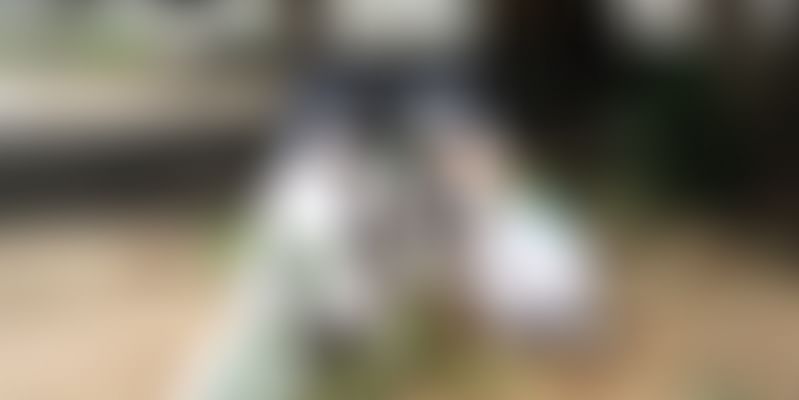 The government estimates that Delhi’s population is expected to rise from 18.2 million in 2011 to 23 million in 2021. The rapid pace of urbanisation will bring its own set of problems. According to World Health Organization (WHO), 80 people die each day owing to air pollution, making it the fifth leading cause of premature deaths in India. Making matters worse is the fact that 2.2 million children in the city are battling irreversible lung damage due to poor air quality. Naturally, there is a need for more green cover because the current 20.2 per cent won’t suffice. The city needs at least 33 per cent green cover. After all, just the Metro construction led to the felling of 40, 000 trees and the recent Uttarakhand fires resulted in a further depletion of 28, 00, 000 trees, which has unfortunately added to overall air pollution in North India.

The government is experimenting with many ideas and policy changes such as the odd-even rule and amending the National Forest Policy, 1988. While a concrete solution will take time, Swechha, a Delhi-based non-profit actively working in the environment sector is all set to begin its 11th year of Monsoon Wooding, an annual volunteer-driven campaign with a single aim – greening Delhi by planting and protecting trees. According to Anuttama Ghosh, an employee at Swechha,

Restoring and expanding our green cover is a pertinent issue; one which can’t and shouldn’t be ignored.

What is Swechha all about?

It all started in 2000, when a young Vimlendu Jha was deeply disturbed by the growing apathy towards one of the most polluted rivers in the world, the Yamuna. Not one to wait for things to happen, he started the ‘We for Yamuna’ campaign to mobilise the youth, and raise awareness on the river’s pitiable condition that could be salvaged only if citizens acted. In a few months, Vimlendu was able to garner support from as many as 500 volunteers and registered Swechha as a non-profit the following year. Over the last decade, Swechha has managed to bring together schools and colleges, corporates, resident welfare associations (RWAs) and like-minded groups to address three key focus areas –Environment and Citizenship, Education and Governance, Empowerment and Enterprises.

Under the first, Swechha has developed 12-16 session modules on climate change, life skills and active citizenship, which are imparted in Delhi-based schools and mobilises college youth by directly engaging them with social and environmental issues through volunteering, internships, or fellowships. There is also a programme aimed at cross-learning and establishing linkages between different players and volunteers. Under the second category, capacity-building of children, teachers, and school management takes place with an underlying belief that ‘education is one of the core prerequisites for active governance.’ There are short-term action-oriented outreach programmes and exposure visits to create a sense of awareness and ownership of the social and physical environment. Finally, under the third category, financial empowerment and livelihood training and opportunities are provided through initiatives such as Green the Gap – an e-commerce store that creates upcycled products.

Monsoon Wooding tackles the root cause of air pollution – the loss of green cover – by carrying out annual large-scale plantation drives.

It has been 11 years since the initiative started. And in the last five years, with over 3, 000 volunteers from schools, colleges, corporates, RWAs, and other non-profits, Swechha has planted and nurtured nearly 6, 500 trees across cities. Apart from annual plantation drives, in 2013, the organisation created Delhi’s first urban mini-forest in St. Mary’s School, Dwarka. By collaborating with Afforestt, a Bengaluru-based start-up that creates small forests using the famed Miyawaki method, a small 1, 000 sq metre land in the school was converted in to a forest by planting 300 saplings of indigenous varieties such as jamun, goolar, chandan, ber, maharookh, and imli to name a few.

In the following year, 50 volunteers came together from different parts of the city to create Faridabad’s first mini forest by planting 600 saplings of 40 species in just two days. Taking this a step ahead, Swechha also created food forests, butterfly gardens, and native herb gardens with over 2, 600 saplings across Delhi, Noida, and Gurgaon.

But 2016, is going to be bigger, perhaps the biggest year yet. Anuttama says,

We all have the right to live in a clean environment and leave the same for our future generations. Monsoon Wooding is a step in that direction. This year, our aim is to beat all the previous years combined.

In this edition, our aim is to plant 25, 000 saplings across the city and an interesting addition is involving people across the nation to be a part of this initiative.

Swechha has partnered with BitGiving and e-commerce portal Snapdeal to garner support for this large-scale plantation. Anuttama says,

A sapling costs us Rs 400, which includes everything – its procurement, maintenance for a period of six months to one year, and all necessary equipment such as biomass, manure, and tools needed for it.

At a time when the government is battling to find solutions, Swechha is silently showing endless possibilities through volunteerism. And by allowing everyone to participate in expanding the capital’s green cover, the organisation hopes it can outdo its own target of planting 25, 000 saplings.

On International Day of Forests, learn how to grow a forest anywhere