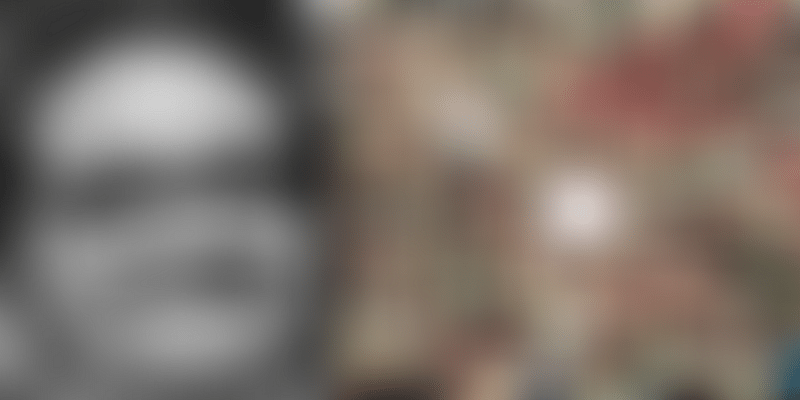 39-year-old Vinayak Lohani, even after earning degrees from IIT and IIM, never pursued a lucrative career. He followed his heart instead and now provides home and education to the poorest and most vulnerable of children through the largest free residential school in eastern India. Bhopal born Vinayak went to Bengal as a student, first to earn a degree in Mining Engineering from IIT Kharagpur and later an MBA from IIM Kolkata. It was while studying for his MBA that Vinayak opted out of campus placements. “I was the only one in IIM Calcutta’s history to do so!” he told The Telegraph. “I wanted to do something in the social space. I wasn’t interested in a corporate career,” Vinayak added.

By then, Vinayak had started writing journalistic pieces on social initiatives and volunteering with NGOs. For inspiration, Vinayak had Swami Vivekananda. “I have always been inspired by the agents of change in society and the sense of sacrifice, service and devotion, especially Swami Vivekananda’s. I took diksha from the Ramakrishna Mission…spent time with monks. Mother Teresa’s influence was strong, as was the legacy of our freedom movement. I found no momentum to return to my hometown. All my thoughts became very Calcutta-centric,” stated Vinayak.

Parivaar, the ashram, was born in 2003. “I prepared proposals, met people here and there, but all in vain because no one wanted to support something that was the wishful thinking of one individual,” said Vinayak. With his efforts to raise funds leading nowhere, he rented a building near Thakurpukur with his earnings from lectures and tuitions to MBA aspirants. Vinayak started his mission with three kids, often not knowing where the next meal would come from. “It was a hand-to-mouth existence. I was spending whatever I was earning. My mother was my first donor,” Vinayak recounted.

In another six months, Vinayak had 55 children under his small roof, thanks to the support of “well-placed” IIM alumni who responded to his emailed appeal. By the end of 2004, he had purchased a two-acre plot in Thakurpukur to build his dream brick by brick. Parivaar is currently spread across 20 acres. “Surely this is eastern India’s largest free residential institution for children today but not too many people know about it,” said Vinayak.

Parivaar houses hundreds of boys and girls whose lives have changed because of education and Vinayak’s encouragement. Some have gone on to get university degrees. “We have had a significant number of very inspired volunteers. They were mostly our donors who became our campaigners and spread the word actively,” said Vinayak. Parivaar has two campuses that take in children between the ages of four and 10. The one for boys is called Parivaar Ashram. Located a few blocks away is the girls’ campus, called Parivaar Sarada Teertha. Each campus has dorm-like housing, a library, computer room, dining area, a soccer field and a volleyball court. Parivaar also has its own co-educational school till Class X called Amar Bharat Vidyapeeth, located on the boys’ campus.

“It’s not as if the kids’ stay is over once they are through with their education here. Would a parent ask a child to leave home? The older ones tutor the younger kids, earn pocket money and can move out of their own free will once they feel they are ready,” said Vinayak. Earlier in 2014, Yourstory published a story on social entrepreneurs which included Vinayak.