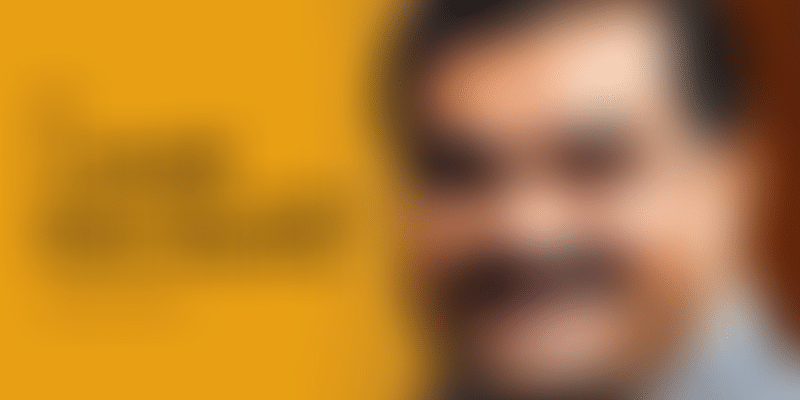 This isn’t just your ordinary 'rags to riches' story. This is the extraordinary tale of a man who refused to cower down to fate and chose to make a solid mark in the business world instead. Gautam Adani, Founder and Chairman of the Adani Group, is one of India’s foremost business tycoons.

Unlike many businessmen, Adani didn’t inherit his power and position. Hailing from a typical Gujarati-Jain family, Adani had a natural propensity for ‘dhanda’ flowing through his veins. His parents, Shantaben and Shantilal Adani, had migrated to the city of Ahmedabad from a small town called Tharad in Norther Gujarat in hopes of securing greater opportunities for their eight children. Supporting eight children was difficult, and understandably, money was a luxury for the Adanis.

He completed his schooling from Seth CN Vidyalaya in Ahmedabad and then enrolled himself for as Bachelor’s Degree in Commerce at Gujarat University. It was when he was pondering over accounts and statistics, he realised academics was not for him. Instead, he felt that he could be using his time to do bigger and better things. While still in his second year, Adani shocked many by dropping out of college. With only a hundred rupees in his pocket, he took off to the City of Dreams – Mumbai.

His had his first encounter with Lady Luck when he procured a job as a diamond sorter at the Mumbai branch of the Mahindra Brothers. Soaking in the A to Z of the trade, while also simultaneously making mental notes on the changing markets, he set up his own diamond brokerage at Zaveri Bazaar, the unrivalled jewellery market of the city. This was his first big break.

A year later, his older brother, Mahasukh Adani, bought a plastic unit in Ahmedabad and requested him to return home and run the franchise. This turned out to be a turning point in Gautam’s life. His decision to import polyvinyl chloride, a key industrial raw material, marked his advent into the global trading market.

Economic liberalisation proved to be a blessing to Gautam. Using the situation created in the markets to his advantage, he established the Adani Group in 1988. During its initial years, the soon-to-be multinational conglomerate focused on agricultural commodities and power. By 1991, the company had grown in both resources and power. Gautam believed that the time was right for the company to diversify its commodities and interests.

Since then, the Adani Group has emerged as a diversified Energy and Logistics conglomerate with key interests in Power Generation and Transmission, Coal Trading and Mining, Gas Distribution, Oil and Gas Exploration as well as Ports and Special Economic Zones. Despite owning this business giant with a flagship of over several billion dollars, Gautam never forgets his humble beginnings. Thus, he makes it a point to give back to society. With the support of his wife, Priti Adani, a dentist and Managing Trustee of Adani Foundation, the Adani Group is tied to a number of philanthropic organisations associated with Education, Community Health, Sustainable Livelihood Development and Rural Infrastructure Development. His vision is to “accomplish passionate commitment to the social obligations towards communities, fostering sustainable and integrated development, thus improving quality of life."

Gautam has had his fair share of rifts with the government as well. He has faced controversy over some of his land dealings in business not being sanctioned properly. Along with this, many of his business’ industrial units don’t have clearance from the environment authorities of the state, leading to further ruffles with the High Court.

However, Gautam chooses to face his issues with his head held high. “Dealing with the government does not mean you have to give a bribe,” he has often been heard saying at public events. Despite these issues, Gautam even managed to tackle and take down Sajjan Jindal, the Chairman and Managing Director of JW Steel, acquiring the much sought-after Udupi Thermal Power Plant at Rs 6,000 crore. Rumour has it that Gautam sealed the deal in less than two days!

On his 54th Birthday, we salute the inspiring journey and hard-earned success of Gautam Adani, a beacon of focus and determination. As he has often said, the key to success lies in constant learning. With this as his mantra, he trots off to acquire yet another billion dollar enterprise.