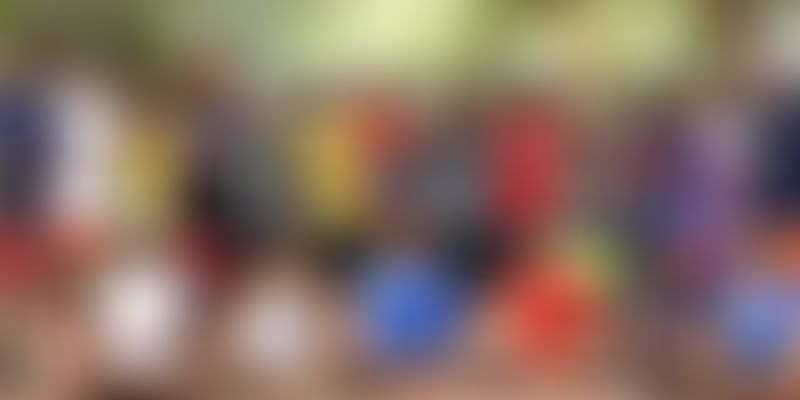 In a society where girls do not have access to even primary education, it comes as no surprise that girls hoping to establish themselves in sports face many hurdles. The belief that girls are naturally physically inferior to men has been accepted as reason enough to exclude them from the world of sport. Consequently, the second sex has had to settle for a second place in performance in sport, which has come to be accepted as a justification for the inequality that persists in the field of sports.

But who decided that men’s physical capabilities are the criteria by which to determine a person’s ability to play a sport? Who set that as a benchmark?

Of late, however, the situation has started to change, albeit slowly. Indian sportswomen, like Sania Nehwal in badminton, Sania Mirza in tennis, Mary Kom in boxing, Anjali Bhagwat in shooting, and Deepika Kumari in archery, have done very well to outshine women from all over the world to bag the top few spots in the sports that they play.

Ultimate frisbee is another sport in which Indian women are earning a name. It is owing to their grit, courage and determination that the Indian all-women frisbee team is going to be the first ever National Women’s Ultimate Frisbee team to play the World Ultimate and Guts Championships 2016 to be held in London in June 18-25.

Ultimate Frisbee is a team sport in which players score points by passing a frisbee to a teammate over the opposing team’s goal line. It was first played in the US in the 1960s and is gaining popularity in India from the time it was recognised as a sport by the International Olympic Committee in August 2015. India has about 2,000 players and the sport is played in more than 13 cities, with Chennai being the hub.

It is the one sport that advocates friendly competition to such a large extent, that it encourages players to prevent hurting another player, even if it means losing the game. It relies on the spirit of sportsmanship, and as it is trusted that no player will intentionally break the rules, the game is played without even a referee.

Some of the hurdles women on the Indian team had to jump over included beating stereotypes, breaking societal chains and overcoming family disapproval and lack of support.

“You’re going to get married in another few years, why do you want to play”, asked a family member of one of the players on India’s All Women’s Ultimate Frisbee team.

“You have loads of scars and too dark a skin and it’s going to be incredibly tough to find a groom”, Megna S, another player remembers her parents saying.

From being taunted for not focussing enough on college, to being shunned by their elders for running around after a disc with boys, these women have heard it all.

The obstacles they faced along the way were not those posed by men, but largely objections from their families, and most importantly their own stamina and physical fitness. “When the disc is in play, don’t stop running,” is one of the primary rules Ultimate players are taught, which makes clear the biggest challenge that looms over its players.

There is also the added financial pressure that burdens these women. Frisbee is still largely unheard of in India, making recognition in order to raise funds a Herculean task.

The team is an interesting amalgamation of people from backgrounds that cannot possibly be any more diverse. It comprises of a design engineer, an operations manager and an accountant. Women from Chennai, Bengaluru, Auroville, Japan and Germany to name a few places. Despite the dizzying mash-up of women who hail from places with very different cultures, they all have one thing in common: their love for Ultimate Frisbee, or just Ultimate, as it is popularly known.

“The first ever team is energising, it speaks of hope for the future and the growth of women’s Ultimate in India. I’m extremely happy to chase the disc with everything I have for this team, regardless of the outcome”, says Sangeetha M, a member of the team.

People who play frisbee become part of a larger family. A family of all those who play the sport all over the world, built on a bond that seems to transcend all barriers. The women in the team have helped each other through the journey and together they have managed to fund their trip to the championship through crowdfunding.

“There’s a sense of pride, of course, because I am going to be representing women and my country at the same time. It’s a beautiful package”, says 16-year-old Bhavya Trivedi, the youngest player on the team.

Ultimate frisbee has given these women confidence, and taught them courage and resilience. It has no doubt helped them take control of their lives and reconnect with their bodies. With male coaches taking charge, this is undoubtedly one of the most incredible stories of women’s empowerment.

Despite the changing scenario, “Stop playing like a girl,” is the casual remark used to mock a boy who isn’t in his best form while playing a sport. In sharp contrast, “Play like a girl” is the spirited hashtag you are likely to see on their posts. In a country where sports was once considered to be only for boys, this is definitely a first. Here’s wishing them all the luck at the championships.