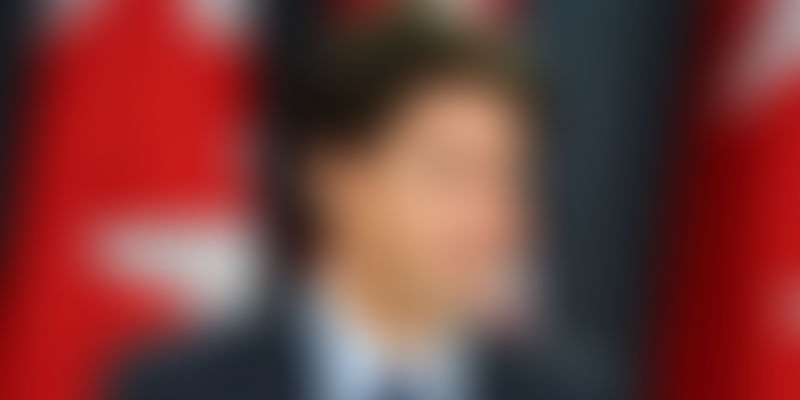 The world is swooning over Justin Trudeau. The new Canadian Prime Minister, whose Liberal Party defeated the nine-year domination of the Conservatives led by Stephen Harper, is playing all the right cards and we are loving it!

Trudeau’s antics define why we need world leaders to hail from this generation. He’s got us eating out of his hands when we watch him march in the Toronto Gay Pride, when he speaks about the need to legalise marijuana, when he gives Shiamak Davar a run for his money on Bollywood hits and when he attends ComicCon in a superman t-shirt.

Fun aside, Trudeau serves as some serious goals for the rest of the world, in his contribution towards changing Canada for the better. A declared feminist, Trudeau tries to tackle regressive and backward social and political ideology, to implement new policies for a brighter tomorrow.

Although he wins our hearts every day, here are some iconic decisions or actions he has undertaken, that has scored him some serious brownie points with the whole world.

Justin Trudeau had agreed to accept over 25,000 Syrian Refugees by February 2016, which marked a flagrant shift from his predecessor Harvey’s conservative policies. This move won him favour internationally, but he went another extra mile! Trudeau went to the Airport to personally greet the Syrian refugees and helped hand out warm, winter clothes for their comfort. In the history of international politics, no political leader has taken such a personalised interest in the manual execution of a program implemented for the welfare of the common man.

His views on female empowerment and gender-balance

Justin Trudeau is a feminist, to the bone. One of his first moves, on becoming Prime-Minister, was to re-structure his Cabinet to bring about a gender-balance. When asked about his reasons in doing so, he simply shrugged and said- ‘Because it’s 2015.’ Trudeau recently put forward a bill to extend human-rights protection towards transgender Canadians. He is also one of the first world leaders to march in the Toronto Gay Pride, which is to take place on the 3rd of July, alongside the Mayor of Toronto, Kathleen Wynne.

He apologizes for the racial injustice meted out by his predecessors

Trudeau has announced his intentions of stating a public apology in his country’s House of Commons, for an incident that took place over a century ago. In 1914, a Japanese steamship carrying about 376 passengers reached Vancouver after leaving Hong-Kong in early April. In defiance of a Canadian Law (1908) that stated that immigrants who were not indulging in a ‘continuous journey’ from their nation of birth were forbidden entry into Canada, the Steamship sailed across the Pacific. The Canadians saw this as ‘a Hindu invasion’ and powerful racial slurs and policies were implemented by the then Conservative Government, that same night. Following a two-month stand-off, the ship was turned away. To add to the humiliation, the Canadian Government informed the officials in British India about these ‘radicals’, who were then arrested on return, killing many of those aboard.

To reaffirm friendly relations and to right the wrong done to them, Trudeau said, “As a nation, we should never forget the prejudice suffered by the Sikh community at the hands of the Canadian government of the day." Smart move, Justin!

Under Justin Trudeau, Canada is supposed to join forces with the USA to combat rapid climate change. This was following the panic construed due to the warming temperatures in the Arctic (7 degrees above normal) and an even greater temperature rise in Alaska. Under the Liberal plan, provincial and territorial governments will have the flexibility to design their own policies to meet the various commitments, including formulating their own carbon pricing policies. The target is to provide federal funding, in order to help achieve all these goals, in the same way the federal government supports health care in Canada.

As he balances babies on one hand, gives Conan Mcgregor a run for his money in the rings, sports a Haida Raven tattoo, uploads pictures of his adorable children on instagram, flirts with the queen and preaches Renaissance literature, the world watches on on what is sure to be, one of the greatest and definitely, hippest, world leaders of our times.