Partying their way through success, the 'Hangover' story 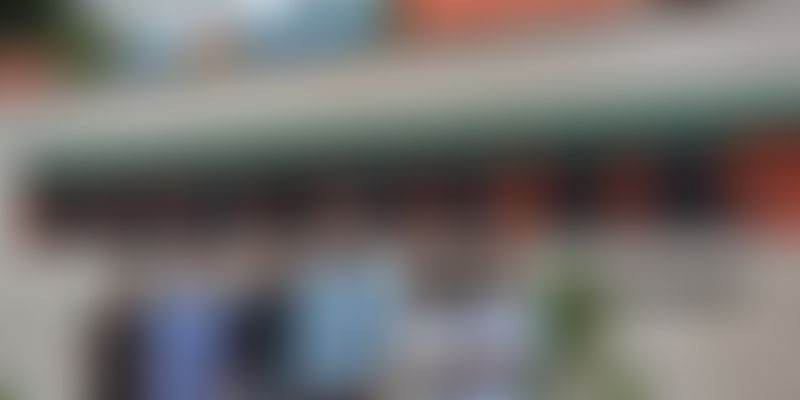 About six years ago, two 16-year-olds decided to throw a Fresher’s party at their college. Little did they know that this ‘extra pocket-money gaining funda’ would leave an entire street in Bengaluru jammed!

Safdhar Adoor, Dawn Thomas, and Sharath Rice are the masterminds behind Rices Obliquity - a Bengaluru-based Event Management Company. Over the years, the team has gone on to throw the biggest parties in the city and even co-produced concerts such as Hardwell, Avicii, Armin Van Bureen, Deadmau5, and Dada Life to name a few. With more than one million people coming for their events, Rices Obliquity has turned up the heat on the entertainment scene in the city. This team of engineers has generated over Rs 4 crore of revenue since starting up, and are spearheading their way to success.

Getting the ball rolling

Safdhar and Dawn are alumni of St. Joseph’s College, Bengaluru, and have been throwing parties in the city since their school days. They started off under the brand name of Obliquity India – a name they coined simply because it sounded fancy. With adrenaline running high, they started with ‘Addicted to House’ in Pebbles, a nightclub in the city. Gaining a huge following in just a year-and-a-half, they caught the attention of Sharath Rice, 33, a city restaurateur.

Sensing the dearth in the Bengaluru party scene, the three of them joined hands to organise Wednesday Nights at FBar and Kitchen. While Sharath had the contract in hand, the duo drew in the young clubbing crowd. With this combination of expertise and energy, Rices Obliquity was born. They earned Rs 20 lakhs in their first year and the money was capitalised.

I lied to my parents for the initial years, making them believe that I was going for group studies. It’s not that my parents were orthodox, but it’s just that until you establish yourself, society considers such things frivolous and a waste of time. I never used to drink and I still don’t. But I don’t let my choices hamper my profession

And the crowd grew with them, quite literally

Moving a step higher, the triumvirate had the muscle to cruise through the industry, signing contracts with Shiro’s, The Ritz Carlton, and J.W Marriott, Bengaluru.

Having limited resources, we had to think twice before spending each penny initially. I still remember the time we had to design a poster and we had no money to hire a designer. So instead of paying Rs 700 for it, I learnt how to use Photoshop through YouTube, divided the poster into various segments and got it printed for just Rs 48. Jugaad was the key solution.

He added, "We always dreamt of making it big, but the journey wasn’t easy. We took a lot of risks, and made a lot of compromises before getting there. When we initially started, people would charge us extra money simply because we were young. We would barely break even; we struggled our way through the calculations, and saved ourselves from trouble."

Rices Obliquity’s future plans include tie-ups with clubs across the country to hold events and international tours of world-famous DJs. They are now a team of eight, with Ojal Kulkarni heading Business Development, Jigar Mehta handling Operations, and Sushen Kakkar managing Marketing.

Ojal tells us how the team works. “It’s usually Safdhar who conceptualises, while Sharath curates, and Dawn executes. They’re all poles apart from each other; they think and envision in parallel universes altogether; and I guess that’s the reason behind their success.”

When the crowd wasn’t ready for a paid service

Having conquered the party circuit, the company then branched into SteppinOut in early 2015, an App which aggregates premium restaurants and pubs. It gave its users upgrades and deals at restaurants, pubs, discotheques, and breweries across the city. Though the app has seen a lot of downloads (currently at 15,000 downloads), after a year of operations, the team realised that customer behaviour in this field is very temporary and monetising this became a challenge.

The other option was to move into the coupon space, but the team didn’t want to do that. They decided instead to use all the resources and databases built over time in a manner, which would profit both the users and the venues. They organised events such as The SteppinOut Food Festival and The SteppinOut Easter Market, which required the direct participation of city restaurants.

The SteppinOut Food Festival was Bengaluru’s biggest event of its kind with a footfall of 20,000 people in one day. With 30 of Bengaluru’s most legendary restaurants coming together, the city flocked to UB City for a day filled with food and liquor. The Easter Market attracted 30,000 people.

Bringing in the Hangover

With every earning, we usually took off on exotic holidays without even calculating our revenue. Once, while we were holidaying in Thailand, a young couple grabbed our attention. They were selling liquor in buckets, while driving around in vans. Ever since then, I wanted to bring this concept to Bengaluru. Although this wasn’t literally possible in the city, we managed to conceptualise our restaurant with this theme and named it Hangover

Receiving a footfall of over 5,000 people a week, this cocktail bar and restaurant is outdoing its competition in the market. They do about 350 covers over the weekend, and have a net sale of 35 percent. They’re the first ones to start serving liquor in buckets in the city. Calling it their USP, they serve over a range of 50 cocktail buckets. They also serve Pan-Asian cuisine along with Indian and Continental food.

Recently, the team promoted a VIP Brunch with world-famous Masterchefs George Colambaris, Gary Mehigan and Matt Preston on Sunday, the June 5 at J.W Marriott Bengaluru. They are also hosting an open-air movie screening on June 19, at the same venue with a public poll for the choice of movie.

“Having tasted success in all three aspects - entertainment, food and beverage and in its own cocktail bar, the Rices Obliquity team is definitely going places and is not looking to take a break anytime soon!” beams Safdhar.

Dawn says, “We always heard a lot of people say that age is just a number. But here we are living that very sentence. We've earned so much amount of experience and maturity in such little time that our age doesn’t do it justice.”

Advising others, the duo says that having a vision to start something new must be shared with as many people as you can. This, according to the duo, will not only give you more ideas, but will also solidify your belief that your idea may actually work.

When you plan to start your own business, you must let it consume you. You've got to be prepared to make it your Number 1 priority and give it your all. And don't be scared of experimenting and trying new things, you never know when you'll hit gold

Of Burgers, Beer and Bengaluru

With the Food and Beverage Industry going through a marked transformation, the beer consumption in the city has shot up. The owners of Toit, a popular city microbrewery, which serves about 2,000 mugs of beer over the weekend, feel that it is a growing market and that competition is a good thing at this time, as they are all feeding the overall growth.

Gautam Krishnankutty who holds a Master’s Degree in Political Science, came back from the US in 2001 to start Café Thulp, a restaurant known for its burgers in Bengaluru. He attributes the consistency to a combination of factors such as the staff, simplicity of food and service, coordination between the owners and the employees and the supply chain.

Another entrepreneur Rahul Singh who runs The Beer Café, a Bengaluru-based brewery, wanted the city to have a space which served good food as well as beer. This chain is visited by close to 3,000 customers every day, and one lakh every month.