After hanging up his batting gloves, Sachin Tendulkar has rolled up his sleeves to make India better 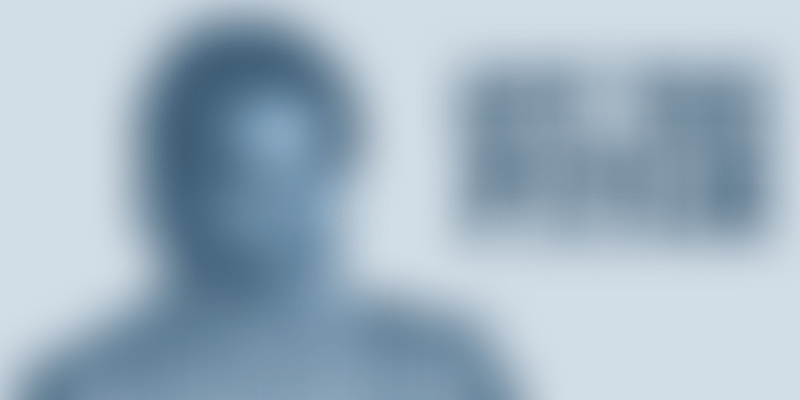 The whole stadium thundered, chanting religiously. Spectators were waving the Indian flag and shouting their lungs out, looking like an army painted in saffron, white, and green. Sachin Tendulkar was about to rewrite history by becoming the first batsman to score a double century in an one-day international. As Chris Langeveldt, the South African bowler, broke into a run and released the ball, the whole stadium went silent, skipping a heartbeat, with only the whizzing sound of the red cherry, commuting through the air, breaking the silence. Sachin dispatched the ball behind point to take a run and completed his double century. A flagship moment of his cricketing career, Sachin went onto scale many more heights including the completion of the 100th century of his career in 2012. In the same year, Sachin announced his retirement and hung up his boots.

In a career spanning for 24 years, Sachin won millions of hearts with his calm demeanor and batting prowess.

While his retirement came as a blow to all of his fans, Sachin has begun his life’s second innings with a bigger goal this time ‑not only to impress cricket fanatics, but the entire nation.

Under the recommendation of the Government, Sachin took oath in the Central Secretariat as a Rajya Sabha MP on June 4, 2012. With this feat, he also became the first active sportsperson to be nominated as the Rajya Sabha member. With Sachin entering politics, the government views a possibility of harnessing his celebrity stardom to create awareness and impact peoples’ lives in a positive way. However, Sachin has a poor attendance record, having only attended 13 of 235 days in the 12 sessions since he joined.

Albeit Sachin being a regular absentee in parliamentary meetings, he has functioned as an active investor of funds under the Members of Parliament Local Area Development Scheme (MPLADS). According to official reports, Sachin has exhausted 98 percent of his MPLADS funds making him one of the highest investing MPs. Believing actions to speak louder than words, he has addressed issues like flood relief, Swachh Bharat, and rural development through his investments. The following are his most noteworthy usage of MPLADS funds:

Allocation of funds for flood relief in Jammu & Kashmir and Tamil Nadu:

In 2014, Jammu & Kashmir suffered devastating floods across many of its districts and the death toll went above 250 people. In view of this disaster, Sachin took the initiative and sent relief materials worth Rs 15 lakh for the flood victims. The relief materials consisted of five tons of eatables, blankets, clothes,etc. He also sanctioned Rs 25 lakh from his constituency development fund.

The south fared no better. In late 2015, several parts of Southern India including Tamil Nadu and Andhra Pradesh suffered floods due to heavy rainfall during the annual northeast monsoon. More than 500 people fell prey to the floods, while over 18 lakh people were affected. Having played one of his finest knocks in the M.A.Chidambaram stadium, located in Chennai, Sachin came forward to repay the city, for its goodwill, by spending Rs 50 lakh from his MPLADS fund to help those affected. Post the Uttarakhand floods, Sachin also donated funds for rebuilding a school and renovating a bridge in Chamoli district.

Under the initiative of SAGY, Sachin adopted Puttamraju Kandrika village(Andhra Pradesh) and has converted it into an “Adarsh Gram” or a model village, that is, one which is well-equipped with able people and basic amenities. Meeting a former collector of the district, once in flight, Sachin came to know of the villagers’ plight and decided to improve it. The village has also been recognised as one of the best performers under this scheme, thanks to development of quality roads, 24*7 access to electricity, and better sanitation facilities.

After being appointed as the brand ambassador of the “Swachh Bharat” campaign by PM Narendra Modi, Sachin took to the streets to clean India and spread awareness. Pictures of him sweeping a street along with his team went viral, making many more Indians join the sports icon in making India a cleaner place. Under the scheme, Sachin also allocated funds to build public toilets in Mumbai’s Goregaon district.

In the turn of the new year, an impoverished special needs school’s fortunes turned for the good. Located in Ahmednagar district of Maharashtra, the school lacked basic infrastructure and sanitation facilities. Taking note of this, Sachin donated funds worth Rs 50 lakh to the school for its needs.

Another act of benevolence from Sachin occurred just last week. When teachers and students of Swarnamoyee Sasmal Shiksha Niketan, located in West Midnapore district in West Bengal, asked for funds to build a library and a laboratory, Sachin responded with funds, sufficient enough to renovate the whole school! Now the school plans on inviting Sachin to inaugurate its new facilities. While contributing to develop schools, Sachin also sent a letter to HRD minister Smriti Irani regarding the matter of making it mandatory for a student to be actively involved in a sport in his school.

Undamped by retirement from his childhood love, cricket, Sachin is leaving no stone unturned in developing India. Carrying his fervour for cricket into politics, Sachin is continuing to do what he does best ‑delight the hearts of people.

Absentee MP with an impressive scorecard: Sachin Tendulkar diligent about duties despite attending Parliament only 13 days