[YS lounge] If startup founders had to replace Raghuram Rajan, who would it be? 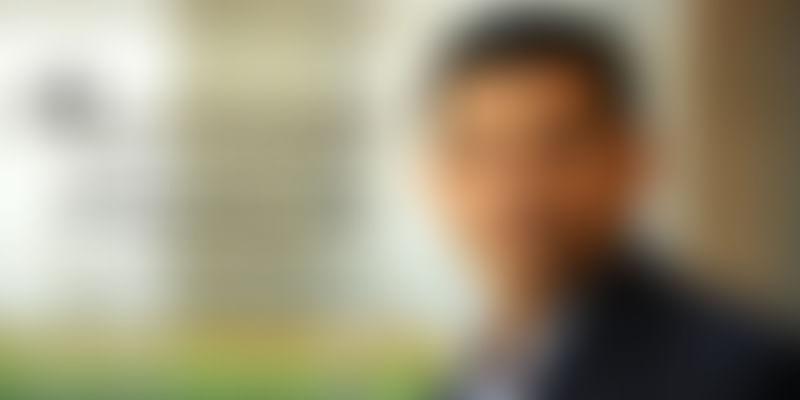 The media had a field day earlier this week, when RBI Governor Raghuram Rajan made his decision to not seek a second term, public. Rajan, whose term ends on September 4, 2016, announced this decision to his fellow RBI employees via an email, which was published on the central bank’s website for greater broadcasting.

Amidst all the criticism the Modi Government  is facing, we are just wondering; what if one of our startup founders had to replace Rajan while he returns to teach at the Booth School of Business, University of Chicago? Who would be the best and why?

Here is a list of contenders who could fit right into the coveted seat.

In the Indian startup ecosystem, Sachin Bansal is synonymous with inspiration. Despite the ongoing battle of the exes (with Amazon) Flipkart is kicking back in style. For the man who is responsible for recovering the assets of a billion dollar company that made some major (embarrassing) losses in the recent past, chances are that he could do the same for, you know, the whole Indian economy maybe? A Computer Whiz from IIT Delhi, Sachin first worked at Techspan and then with Amazon. Observing the rising levels of success of e-commerce in India, Sachin along with his friend and colleague (who he later named CEO) Binny Bansal, left their jobs at Amazon and from their one-bedroom flat in Bengaluru, launched an online shopping platform for books in 2007. Since then, Sachin has worked to his last nerve to turn Flipkart into one of the world’s top 10 e-commerce companies in the world. The perfunctory role of an RBI Governor is to control, supervise and maximise the efforts of the finance sector and who can do it better than this man?

The first thing I look at is, 'Is the entrepreneur going after really big problems, to the extent that it feels scary when they talk about it?' You wonder if the idea is possible. I have seen that a lot of times, people go after small problems, and that's a sign that they are not confident. - Sachin Bansal

With a $1.5 billion market value, you would never imagine that the Paytm founder was once struggling to make ends meet with a mere Rs 10 in his pocket. A child prodigy of sorts, Vijay completed his secondary education when he was fourteen years of age. Hailing from a small town outside Aligarh, Vijay left home to pursue his dream of making it big in the business world and boy, did he. From not knowing how to read or write in English, to picking up the trade from Sabeer Bhatia, to teaching himself how to code, to building his own content management system, Vijay showcased all the characteristics of a business leader who would slowly take the industry by a storm! His idea for Paytm took off when he was still actively operating One97 in 2011, and after winning over his team by ensuring them an equity percentage, an internet wallet market leader was launched. To us, Vijay is like a magician, taking out golden bunnies from his top hat and this very characteristic would make him just the fit for the role of the RBI Governor.

All in is the only way to win. - Vijay Shekhar Sharma

Yashish Dahiya gives us some serious entrepreneurial and financial goals. Another alumnus from IIT Delhi and IIM Ahmedabad, the CEO of PolicyBazaar likes to think of himself as ‘hugely risk averse’. Before founding PolicyBazaar, he founded First Europa and even before that, he was the Managing Director UK at ebookers.com. At First Europa, he was responsible for leading the global expansion and managing the business of the company across 9 geographical locations. Yashish also picked up the trade at Bain & Company and decided to put together all his experiences to launch the market leader in online insurance aggregation in India. Being well versed in the language of business and finance, Yashish could be a serious contender for the role. He would be able to analyse and predict the outcomes of the Indian economy and suggest and implement measures for its betterment.

Of course I’m excited by insurance because it’s about risk and risk management. It’s honestly a bet against the gods. - Yashish Dahiya

Remember the days we had to rely on hard-bound Yellow Pages to find the names and addresses of different places? Seems prehistoric, doesn’t it? Well, that’s because VSS Mani decided that it was time to break from some serious old-school methods and create JustDial, a name we eat, breathe and sleep. This $100 million dollar company began in the confines of a small 300-square office in Mumbai with a few pieces of borrowed furniture and rented computers. Fast forward to the present day, JustDial is listed on the Bombay Stock Exchange with a valuation of about a billion dollars. Mani has managed to create history in the business world with his venture. We believe that he could leave behind a great legacy as the next RBI Governor.

Sometimes when you dream and you are really desperate to get something, you get it. - VSS Mani

The CEO and co-founder of Snapdeal learnt the art of management and technology when he was at University of Pennsylvania. After being denied an extension on his US work visa, he decided to use his skills in the Indian Market. Understanding the Indian discourse on discounts and offers, he realized the need to build a business around it, which would draw all people towards it. Looking at the rapid success of Flipkart in India, Kunal pivoted Snapdeal towards a successful e-commerce venture in 2012, and the $1.5 billion business picked up from there. Known as the ‘Master of pivots’ in the business world, Kunal is an ideal candidate for the next RBI Governor because he is a pro at reading customer behaviour and their economic tendencies to help sustain the finance sector of the country. We’d vote for you!

Always a great feeling when you stick to the course that you believe in, pays off: Focusing on a pure marketplace and not doing inventory. - Kunal Bahl

Do you think anyone else can do better? Do let us know in the comments below.