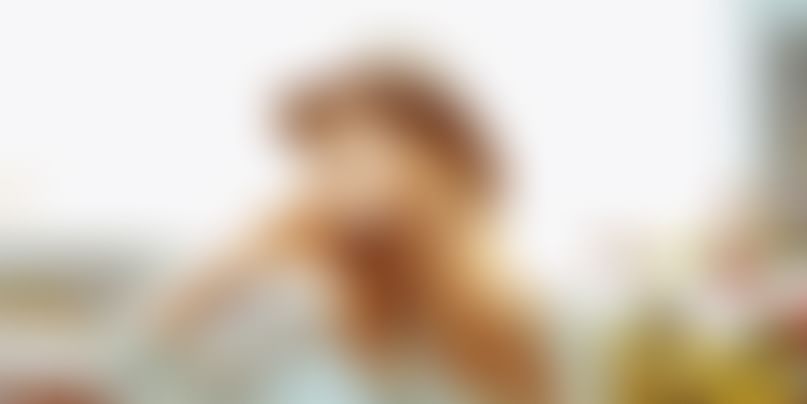 When CEO and Co-founder of StartupAid Paula Schwarz says, “I build scalable companies that work with the internet to increment strategies in crisis regions,” it may take a second or two to understand the vastness of what it implies.

From the Mediterranean island of Lesbos, one of the main points of arrival for refugees in Europe, StartupAid supports scalable and tech-based startups to help volunteer organisations and NGOs.

Calm and resolute, Paula seems to think many things simultaneously when she talks, and her tone reveals the confidence she has acquired about her venture. She argues, “We need a different vision for Europe because what we’ve got now is not working,” and shares that her greatest ambition is to “rebuild Europe” through the internet.

“I want to put internet everywhere. I want to make it accessible and free for all, like a human right. I want to work toward implementing e-governance especially in southern European countries to increase transparency. I want to help establish companies that bring different people together, spanning from carpooling to financial technology. I want to show that living in a truly diverse society is possible, beneficial for all, and beautiful. And I do believe that all this is possible by merging on-line and off-line.”

Of German and Greek origins, 25-year-old Paula is a Political Science graduate with a MA in Finance and trained in Investment Management at Stanford and at the EU-Fundraising Association. She started up an information gathering platform when she was 20 which failed becoming, according to her, “one of the most important experiences in my life, because in the type of job I do failure is the only way to see what works and what doesn’t.”

In 2014, she contributed to the launch of StartupBus (now Ampion) in East Africa and learnt, she says, “how to build on the road.” She remained in Kenya to develop the carpooling Jambocar, which - she shares - has partnered with Bla Bla Car and is currently up and running. In 2016, Paula figured in Forbe’s list of 30 under 30 social entrepreneurs to watch out in Europe.

The path toward the launch of Startup Aid started in the summer of 2015, when the European refugee crisis was at its peak. At the time Paula was in Athens, where most of the migrants stopped or passed through on their way to the north. She witnessed one of the sadly numerous examples that have recently revealed the flaws in the European humanitarian aid.

She observed that many NGOs and volunteer groups, “tend to talk too much about what they’re doing to underline their commitment. Whereas I wanted to build.” She organised StartupBoat, a sailing hackathon in Samos, to find solutions for the hundred thousands of resourceless asylum seekers in Europe. “I have always believed in the power of entrepreneurship, so I decided to invite people on a boat to work with me on scalable solutions for the topic of mass migration.”

These included senior managers, VCs, entrepreneurs, refugees, friends, and others who created a pool of very different people. “The first startup boat is when my life changed and it’s when I decided to put everything on the line for this.”

The StartupBoat did not actually finish with a solution, but soon it led to the launch of FirstContact.org, a free platform developed with no funding that provides basic information on bureaucratic and medical issues, food, shelter as well as connecting asylum seekers with each other. It quickly had more than 8,000 users and is now available in three languages.

The impact accelerator StartupAid was co-founded in November 2015 by Paula Schwarz and Ioanna Theodorou sponsored by the World Economic Forum. The accelerator selects startups which generally have between two and four founders of whom at least one is a refugee and one is from Europe. Their solutions are tested on the spot with the help of refugees, NGOs, and activists.

Paula underlines two fundamental points at the base of StartupAid philosophy, “Firstly, you need to include people because diversity is fundamental. But you also have to balance this with speed and effectiveness.” When it comes to building her team she gathers the candidates, let them work freely and based on the skills they show they get a position in the team. “Usually the best people hire themselves,” she comments.

Besides Startup Boat, Startup Aid also includes Migration Hub, co-working places where anyone who has scalable projects related to mass migration can join. It is free, thanks to partnerships with different institutions and organisations, and offers workshops, events, and a broad network.

Paula shares that sometimes her friends and relatives tell her she is ‘insane’. “At times, this makes me insecure because we all look for confirmation and when you lack support you slow down. But this is what I mean when I talk about the power of online: I learnt that it is important to find confirmations from data, from how many people are using your device or your service and so on. There is much more to what is immediately around us!”