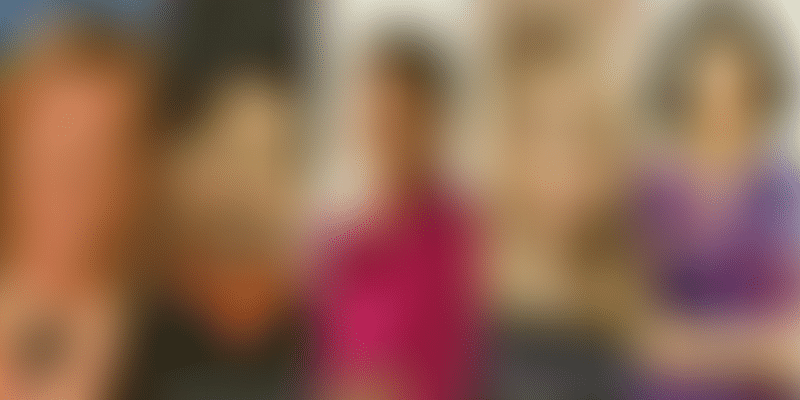 Maya Angelou once said, “Nothing will work unless you do.” Today, we see women emerging victoriously in almost all walks of life – be it business, or running the show at home. Business women have broken many barriers, stereotypes, and taboos, through time. According to reports, women currently hold 20 (4 percent) CEO positions at S&P 500 companies.

Here’s a list of the five most inspirational women CEOs across the globe, who are leading the charge

The President and Chief Executive Officer of Hewlett Packard Enterprise, Meg ranks 14 in Forbes magazine’s list of the most powerful women in the world. Her net worth is estimated around $2.1 billion, as of 2015.

This 59-year-old previously worked with The Walt Disney Company as vice president of strategic planning in 1989. She moved on to the post of President and Chief Executive Officer of eBay Inc. from 1998 to 2008. During her decade-long tenure, she scaled the company to over 15,000 employees with more than $8 billion in revenue. She was appointed as President and Chief Executive Officer of Hewlett-Packard in 2011.

I didn’t spend a lot of time thinking about as a woman how I would manage differently – I was just happy to be managing. In some ways it was a blessing because I didn’t second-guess myself, I didn’t add that factor into my leadership style.

Chairman and CEO of PepsiCo, this wonder woman has changed the outlook of the Food and Beverage industry. Her annual compensation is believed to be around $19.2 million, according to the reports.

Indra Nooyi joined PepsiCo in 1994 and was named the CFO and President in 2001. Having been named as the world’s fourth-most powerful woman by Forbes in 2011, Nooyi serves as a chairperson for the US-India economic council, and as a member of the Foundation Board of the World Economic Forum. Under her leadership, Pepsi has seen revenue rise by 72 percent since 2001. She was named CEO in 2007, and positioned Pepsi as one of the world’s largest companies, surpassing rival brand Coca-Cola in market value for the first time in 112 years.

I grew up in a Hindu household, but went to a Roman Catholic school. I grew up with a mother who said, ‘I’ll arrange a marriage for you at 18,’ but she also said that we could achieve anything we put our minds to and encouraged us to dream of becoming Prime Minister or President.

The Chairman and CEO of Xerox, Ursula has scaled the company to become a brand name by herself, being a $17 billion industry leader.

From being an intern in the company to becoming CEO, she is the first-ever African-American woman to take such a position at a Fortune 500 company. Having an inspiring rags-to-riches story, she saved the company from filing for bankruptcy in 2001. She grew up in New York City and was raised by a single mother.

She began her career with Xerox in 1980, and still believes that the company could do wonders in this digital era. This 56-year-old takes home an annual compensation of nearly $11 million, according to reports.

It’s a ‘fool’s journey’ to try to achieve perfect balance between one’s professional and personal lives. Instead, women should get comfortable with the idea of taking your entire life to find balance. You should have balance, on average, over time – not in a day or in a month.

In 2014, Mayer was ranked sixth on Fortune’s 40 under 40 list, and was ranked the 16th most-powerful businesswoman in the world. Despite ongoing criticism, Mayer has held her position strong.

I always did something I was a little not ready to do. I think that’s how you grow. When there’s that moment of ‘Wow, I’m not really sure I can do this,’ and you push through those moments, that’s when you have a breakthrough.

The Chair-Managing director of India’s largest bank – State Bank of India (SBI), Arundhati is the first female and the youngest chair in 2013. She was appointed head of the 208-year-old biggest public sector bank in the country, after nearly four decades of service.

She stands as the 36th most powerful woman in the world, holding a net worth of $380 billion. From 1977 to 2013, Bhattacharya pioneered a two-year sabbatical policy for female employees taking maternity leave or give extended care to family.

The greatest lesson I have learnt in my career is that you have to create a good reputation for yourself for people to appreciate you.

Not only have these women taken the lead, but also changed the outlook of their respective industries – inspiring so many.