Satyam fraud, a great team, and a key acquisition: the making of VeriFirm 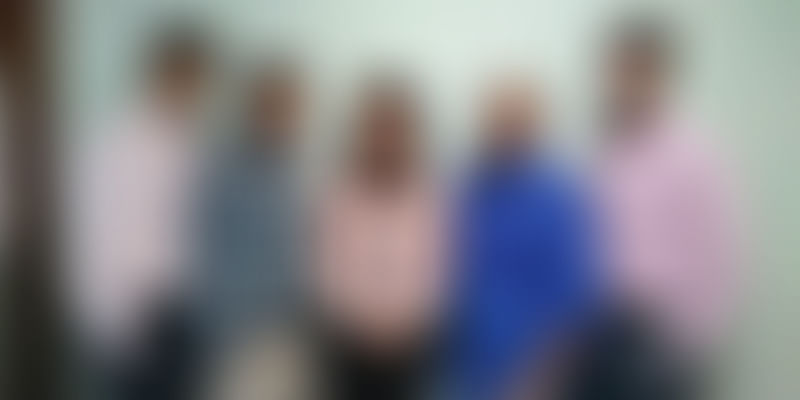 The Satyam Fraud of 2009 wiped out many an investor’s savings, and made many others cautious and suspicious of investing in general. But not many know that it even inspired a company.

Kiran Bafna, one of the founders of VeriFirm, saw his family taking a hit from the Satyam fraud. It moved him to action.

The accounts of Satyam Computer Services were manipulated by Chairman Ramalinga Raju to the extent of $1.47 billion. PricewaterhouseCoopers affiliates had served as independent auditors of the company when report of the scandal broke. The Indian arm of PwC was fined $6 million by the US Securities and Exchange Commission for not following the code of conduct and auditing standards in the performance of its duties related to the auditing of Satyam Computer Services.

Kiran realised, like many others, that the entire fraud would have been nipped in the bud if there had been a platform where auditors could independently confirm all balances from third-party institutions, shown on a balance sheet from the source.

Kiran, 33, who holds a B.Com degree from the University of Mumbai and is a Charted Accountant, began wondering why such a communication platform could not be built at a time when all money transactions had moved online. He saw it as putting an end to all audit-confirmation-related frauds globally.

That was in 2012. It took him almost three years to finally take the plunge and launch VeriFirm, ignoring all naysayers within his trusted circle as well as extended professional network, who thought there was little merit in the idea and that there was no market for it.

But, building the platform came with its own challenges, most of which were tied to the fact that the ideas and the processes that would be supported by the technology were constantly changing. Every meeting with a potential business user threw up new roadblocks and challenges.

“After a lot of deliberations and quite a few iterations, the final process flow was identified. The idea was to make a complicated process extremely intuitive and easy to use on our communication platform,” says Kiran.

Also Read: How this Mumbai-based startup is building an alternative investment platform without owning any assets

Now, the platform has reduced the tiresome process of audit in three simple steps. First, the auditor loads up his clients’ information and raises a request, then client authorises the request electronically and finally the bank's respond to the request.

The co-founders were bootstrapping from the beginning.

The team of five did everything to save as much capital as possible. However, they spent huge amount of capital on ensuring that the security of the application was right at the top, including external VAPT, Tier-3 rated data centres, ISO 27001 certifications to 128-bit encryption.

During the launch month, they started digital marketing campaigns and caught the eye of Brian Fox, President of Confirmation.com, provider of secure online audit confirmations and the global leader in this space.

They communicated initially over email and within weeks Brian flew down to India to see if there were any potential synergies between the two companies. He spent a few days with the newly launched Verifirm, knowing the team, thought processes, journey as a startup and what opportunity lay ahead in India.

“He not only loved the product and the localisations that we had for the Indian market but also thought that some of the ideas from VeriFirm.in had great potential on the global scale. He also invited us to London so that the management of Confirmation.com could meet us, evaluate and discuss any further potential synergies possible between Confirmation.com and Verifirm.in. That’s when the team flew to London and after four days of discussions and negotiations we got an offer of a complete buyout,” says Kiran.

Also Read: A first-hand account of what really goes in a startup— ‘One-year journey from start to startup’

Confirmation.com helps them with the funding, the infrastructure and the experience of doing this business for 15 years.

Kiran adds that with 3,000 banks worldwide and 13,000 plus accounting firms already using Confirmation.com platform, they could deliver to Indian chartered accountants and financial institutions a service to combat fraud with efficiency and transparency.

The Big Four , EY, KPMG, PwC and Deloitte, are the major auditors globally. According to various researches, they provide higher quality of audit assurance relative to the others. Research also indicates that the Big Four charge significantly higher fee for their work relative.

However, there is going to be a major change in the auditors' market as many companies are planning to change them by the end of this year after a government-appointed panel has rejected the industry request to remove a provision in the Companies Act that mandates auditor rotation by the end of 2016-17.

This might open opportunity for other smaller firms as well.

“We believe that India is a market of millions confirmations annually. We look to take advantage of being the first mover in the India market and intend to capture a majority of the market and continue to maintain market leadership over the next few years,” says Kiran.