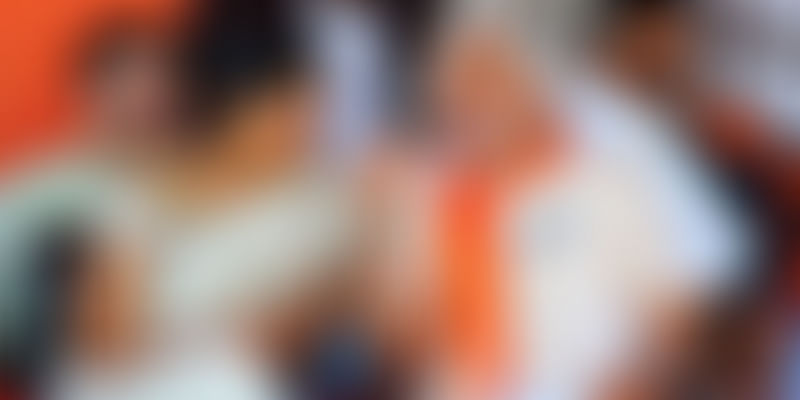 Anupriya Patel replaced Smriti Irani as the youngest woman minister in PM Modi’s cabinet, when she became one of the 19 new additions that were made in the cabinet reshuffle yesterday. Hailing from Kanpur in Uttar Pradesh, the 36-year-old is touted as a strategic addition from the region that is the focal point of Indian politics. The move is said to be a step in the right direction to garner local support, as the state edges closer to the upcoming assembly elections in 2017. Here is everything you need to know about the young gun:

Born in a Political hotbed

She comes from not only an old political family, but also from a significant backward caste that is on the agendas of many political parties – the Kurmis. She is the daughter of Sonelal Patel, who was the founder president of Apna Dal, where her mother Krishna Patel was also a party worker. She went to the Lady Shri Ram College for Women, Amity University and Kanpur University, where she procured her Bachelor’s and Master’s degrees in Psychology and also a Masters in Business Administration (MBA). She even taught at Amity.

Her father passed away twelve days after her marriage in October 2009 in a road accident. His party colleagues, impressed by her speech – something that she would come to be known for in her future political career— at the condolence meeting, urged her to assume the leadership and she has been serving her party as the general secretary ever since. However, the death plunged the party’s top rungs into chaos as a power battle ensued between herself and her mother, Krishna Patel, as the latter took charge as party president.

In the four assembly elections that Apana Dal had contested, they had only garnered four seats, in 2002. She vowed to change those numbers. She was elected as a Member of the Legislative Assembly for the Rohaniya constituency in Varanasi in 2012, after campaigning in alliance with the Peace Party of India and Bundelkhand Congress.

Things picked up when the 2014 General Elections were around the corner, and Amit Shah coaxed the mother-daughter duo into joining the fledgling NDA alliance, which they accepted. She was then elected to the Lok Sabha from the constituency of Mirzapur in the 2014 polls.

The family feud, which Anupriya denies the existence of, surfaced when Krishna Patel lost the Rohaniya seat in the bypolls after Anupriya vacated it to realize her parliamentary ambitions, and reached its boiling point after Krishna Patel sacked her daughter over anti-party activities conducted by the latter, orchestrated over the entire duration of her term as Gen Secy. Anupriya’s supporters insist that she represents the real Apna Dal, and no one has the right to expel her.

Of status and status quo

When Krishna found out that Anupriya was in the running to become a cabinet minister following rumours of the then proposed rejig, she threatened to sever ties with the BJP. However, Anupriya, on this occasion, denied the existence of any bad blood, and released a statement, “I have no rift with my mother. Only because of her blessings and the hard work of my father, am I here today.” Anupriya is the BJP’s answer to another prominent Kurmi leader, Bihar Chief Minister Nitish Kumar, who is known to be gearing up in preparation for the upcoming polls in UP by taking a personal interest in the state’s political climate. She has also been deployed to neutralize the threat posed by the Samajwadi Party’s Beni Prasad Verma.

Apna Dal now has two members in the Lok Sabha. The other MP, Haribansh Singh, belongs to her mother’s camp.