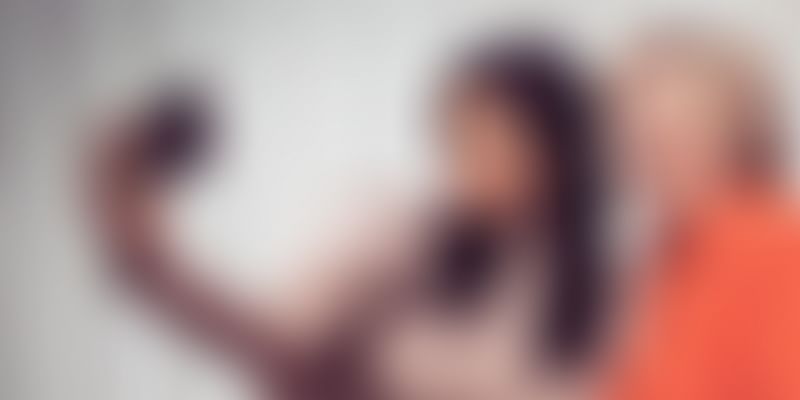 With 77.5 million followers on Instagram, 46.7 million on Twitter, and 28,868,764 likes on Facebook, Kim Kardashian West is unarguably one of the most famous people in the world. Her rise to fame has often been ridiculed, looked down upon and written off by most Hollywood A-listers and critics around the world, who refer to her as someone who is ‘famous for being famous’. But with every passing year, she continues to silence her haters with staggering social media appeal and the millions she is making from her app.

Beneath all that glamour and hype lies a carefully put-together plan. Along with teaching you how to take that perfect selfie, Kim K can also teach you a thing or two about app monetisation. Her app, Kim Kardashian: Hollywood has been topping Apple’s charts since its launch on 27th June, 2014. The game’s concept is not too complicated; with Kim Kardashian as their mentor, users get to work their way up the rungs of Hollywood, ultimately becoming an A-list celebrity.

In February 2016, Niccolo de Masi, CEO of Glu Mobile, the company that developed the app, said that the game brought in $100 million since its launch in 2014. He also said that the app has been downloaded 42 million times, with users logging around 3.3 billion sessions in total since the launch. It was also the company’s biggest moneymaker in 2015.

The sheer competition and complexity of the fast growing and highly volatile market can overwhelm even a seasoned mobile developer when it comes to choosing the right monetisation strategy for an app. So how did Kim K crack it?

Let’s take a look at how she put all her fame and glam to good use through technology.

The social media star approached the whole idea of her app as an extension of her own self. The objective, from the word go, was to sync it with her real life as much as possible. According to the app’s publisher, Kim Kardashian West has been actively involved in the development process from start to finish.

“In addition to her in-game audio commentary, she provided a significant amount of creative feedback. She hand-selected the majority of the outfits, accessories, hairstyles, and other in-game items – and her deep involvement continues as we roll out updates and new content – from the aesthetics to new locations and features,” de Masi told Forbes.

Most outfits, locations and situations on her app are in sync with her appearances and travels in real time. This makes the app more relevant for the users.

“I actually didn’t know the date of the launch, but I happened to be going to Mexico on the same day. Once I started posting pictures through Instagram that I was in Mexico, everyone was playing along [and saying], ‘I just updated my game, and I’m in Mexico with you.’ They would literally get a bikini like the one I had Instagrammed in a photo. I try to tell them as far in advance as possible when I know I have a trip planned, and we try to get as many lifelike things that I’m actually doing to really happen in the game so you can play along with my real life,”

Kim revealed in her first ever tech magazine interview with Adweek. She also graced the cover of the issue, in what was quoted as the hottest cover the magazine ever had.

At any given point of time, Kim ensures that she and the app developers are on the same page with regard to where the app is going.

“We [the developers and I] talk daily—no set time, but we have these open emails and chats. If I have an idea, I send it to them. I [also] go down to [their home base] San Francisco every other month and meet with them,”

You would not expect a jet-setting, glam-obsessed internet sensation to scramble through an app to try and find every bug there is and get it fixed, but Kim is not one to be complacent.

“The look of the game was really important to me. I must have pulled thousands of references of all the different ways that characters should have their hair, outfits and shoes,”

she explains in her interview adding,

“One time there was a strap wrong on one of the character’s shoes—her feet weren’t matching. I had to change the programming to fix that. It was important to me that everything was right.”

You would expect an app that is centered around high-fashion, make-up tutorials and the life of an internet sensation to appeal more to the women. But on the contrary, men are surprisingly getting hooked to Kim’s app as much as the women.

And that’s part of the point. Fantasy games like Kim K’s allow you to try on the trappings of another person – someone whose looks, goals, achievements and even gender may be very different from yours – in a simple and protected way.

If you are wondering what appeals to the men, it is the same thing that appeals to women. The ability to play with identity and self-presentation is alluring to both sexes. Like many other games, men and women build their own characters in Kim’s game; playing dress-up seems to be the biggest draw.

Identify your USP and keep upping your game

“We identified Kim Kardashian West as arguably the best brand fit in the world and we approached her,”

Masi told Forbes. Kim knew what to sell from the word go, and it was her lifestyle.

Kim’s app is available for free download, but users can spend money if they wish to on virtual goods like private planes, on dressing and styling their avatars with virtual high-fashion clothing by designers like Balmain’s Oliver Rousteing, Karl Lagerfield and Ana Wintour. The game makes you want to live the Kardashian life, clubbing in the best of clubs, hanging out with Kim’s sisters and the who’s who of the fashion industry, changing into designer wear more than four times in a single day; everything you don’t get to do in your mundane everyday life.

Stick to your game, no matter how ridiculous it may seem to others

“So many people think that taking so many selfies is just ridiculous,” Kim says

Aren’t we all told how doing what you truly love always gets you the best results? Looks like that’s exactly what Kim’s doing.

“For me, what’s so funny is that I love taking pictures and posting them on social media for memories. I genuinely love the glam of life and hair and makeup and all of that, so I love just sharing my life with people—that’s who I’ve been.”

The nay-sayers and critics are only doing more good than bad for her ever-growing brand.

“I live my life on a reality show. But sometimes people take it very seriously, or they think it’s ridiculous. I’m kind of letting them know- yes, it is ridiculous, but it’s all fun.”

No matter how big you get, keep innovating

Kim Kardashian banked a remarkable $52.5 million pretax between June 2014 and June 2015 to land on No. 33 on Forbes’ Global Celebrity 100 list. About half of that money came from her game earnings. But Kim’s not taking it easy just yet.

She has been updating her apps with new additions year after year, including adding her family members and pets as game content.

“I hope to have a bigger presence in the tech world. I love coming up with different app ideas, and I have a few more that are coming out,”

An app this popular has expectedly attracted a fair amount of criticism, with people calling it all sorts of names, but Kim’s having the last laugh!

sorry I’m late to the party guys I was busy cashing my 80 million video game check & transferring 53 million into our joint account ??????