Be the Crocodile, not the Cockroach 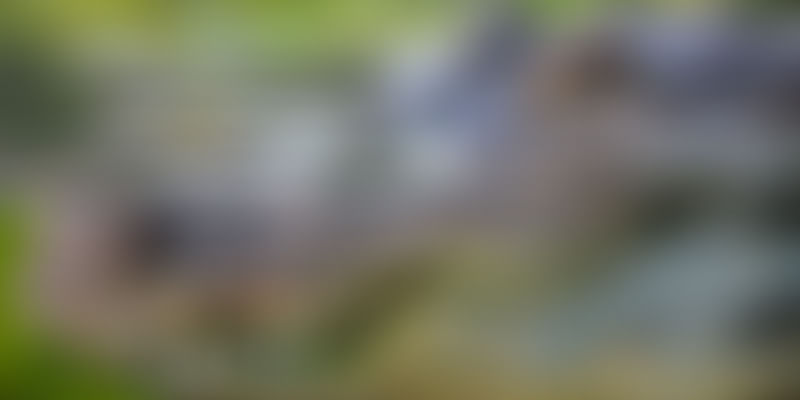 Something I have been dreading for several months has finally happened. An entrepreneur reached out to me, pitching his company’s primary virtue as being a 'cockroach startup'.

For those of you familiar with the latest buzzword in the startup world, you are probably used to, or familiar with, the notion that cockroach-like qualities are supposedly the most desirable bets a VC can make. For everyone else, here is a quick recap:

Caterina Fake of Founder Collective can take credit in making 'cockroach' the next buzzword in the world of entrepreneurs and Vcs, when she predicted that the Age of the Cockroach was coming. The follow-up that established the legitimacy of this buzzword was Adam Draper of Boost.vc asking all startups to ‘Be the Cockroach’.

In both cases, cockroaches were used as role models to emphasise the need for entrepreneurs who value survival above all else. In particular, the fact that cockroaches existed before the dinosaurs and survived the mass dinosaur extinction led to the claim that this made them unique in the animal kingdom.

At first glance, the cockroach rationale appears to be well thought through, with no room for contention. Why then do I so emphatically disagree with the assertion that VCs should look for cockroach startups?

As admirable as it is, is survival all that matters to a VC investor ?

If that were the case, any of the thousands of small and medium-sized businesses in India (most of which are multi-generation family businesses) would represent the most attractive investment prospects.

Much like cockroaches, these businesses have existed for decades and are extremely well-suited for survival through internal cash accruals, frugality in operations, and micro-managing promoters. Why then do VCs not invest in such profitable businesses, which can survive almost any market condition? The answer lies in the funnel and the associated math behind VC investing.

Take a look at the number of “Dead / Self-Sustaining deals” over a 7-year horizon. 793 of the 1027 companies (Over 77% of the original cohort) have either been written off or are stuck in the limbo of an uncertain future.

If we filter out companies that are already dead and the handful that might break out into surprise wins, we are left with a significant number of companies that are in the survivor’s purgatory. These companies appear to offer no hope of ever going big, continue to carry on with their business largely unnoticed, and through it all they “survive”. Just like a cockroach.

Unfortunately, for such cockroach startups, surviving at small scale and at measured pace also implies that the VC investor would invariably get nothing more than a modest return on the investment (if an exit is even achieved).

While this isn’t new information, perhaps it is reflective of the fear of loss prevailing in the current emotional cycle. What drives the bulk of the VC fund’s return if not the revered cockroach startups?

Let us go back to the funnel and identify companies that have become undisputedly large or have delivered attractive exits.

While there is no scientific basis to call a company a 'winner', for the purpose of this discussion, I have decided that the companies worthy of that honour are those that have raised a sixth round of funding (nine companies), or have delivered M&A/IPO exits after the second round of funding (total of 98 companies).

We have 107 winners in a cohort of 1,027 seed-funded companies. In other words, only about 10 percent of the investments drive the bulk of a VC fund’s returns. These companies are, in most cases, market leaders who have come to dominate the niche(s) they operate in.

I call these dominant market leaders, the 'Apex Predators' — the companies that occupy the metaphorical apex position of their food chain, and as a consequence, deliver disproportionate returns to VC investors.

Contrary to what many claim, VCs want apex predators, not cockroaches.

2) There are apex predators who have survived the dinosaur extinction (and continue to thrive today!)

One of the reasons why the notion of a cockroach startup is so endearing is that cockroaches have predated the dinosaurs and also survived the mass dinosaur extinction.This fact alone would have made cockroaches unique as role models if only two other groups of apex predators had not outlasted the dinosaurs through to the present day.

Indeed, in celebrating cockroaches, we seem to have overlooked the obvious fact that two apex predators — sharks and crocodiles, have been dominating their food chains for hundreds of millions of years, much like they do today.

Sharks have been the apex predators of the sea for over 420 million years. That makes them more than 100 million years more ancient than the first cockroach. Sharks are also not alien to becoming the subject of buzzwords.

In an unfortunate irony, these magnificent animals bear a very negative connotation in the world of startups, leading to the use of terms such as “shark tank” or “shark investor”. The next time you use either of these terms, you might want to deliberate on the fact that sharks have been a superlative evolutionary success.

Let us turn our attention now to the other group of ancient apex predators, who for some reason haven’t yet earned their own buzzwords — crocodiles. While no one will disagree with the fact that crocodiles are apex predators, the extent of how dominant and successful they have been remains under-appreciated.

Crocodiles have been around for 250 million years and even at the peak of dinosaur dominance, crocodiles held their position as an apex predator, hunting down dinosaurs.

We tend to think of crocodiles as freshwater predators. The truth though is that crocodiles have been known to hunt down animals in freshwater, saltwater, land (Crocodiles can gallop at up to 17 km/h!) and even cover short vertical leaps in the air to take down unsuspecting birds.

It helps that the crocodile has the strongest jaw in the animal kingdom (almost six times as strong as lion’s), the most acidic stomach of all vertebrates (they can even digest bones, hooves, and horns) and when the going gets tough, they can hunker down for up to three years without food.

Clearly, it takes a lot to be both a survivor and an apex predator.

When I think of crocodiles in the world of technology companies, the first name that comes to my mind is Amazon.

Since its beginning in 1994, at the very dawn of the Internet and e-commerce age, Amazon has aspired to be nothing less than the biggest store in the world. While most of Amazon’s early peers are now 'extinct', Amazon continues to thrive, despite having seen the worst of the dot-com burst in 2000–02 and the global recession of 2008.

Much like the crocodile, one of the reasons Amazon has been so successful is its ability to hedge its business model with complementing categories such as cloud infrastructure (AWS), content publishing & distribution (Kindle), reviews (IMDB and Goodreads) and live video streaming (Twitch) to name a few.

Amazon, like the crocodile, has not only survived, but held on to its position as the ultimate predator. And that is the essence of every great investment: the potential to achieve enormous size in conjunction with the ability to withstand challenges to its survival.

In other words, ‘Be the Crocodile, not the Cockroach.’

I have a confession to make. Until about a year ago, I also considered cockroaches to be the ultimate survivors. That is until I came to know of the Tardigrades.

Their extraordinary abilities has led to speculation about alien life (After all, tardigrades can survive outer space) and intelligent animal design. As hard as it might be for you to accept, tardigrades are for real.

When looking for startup role models for the animal kingdom, we might have chosen a fictional animal rooted in fantasy (unicorn), because it seemed to represent the mythical extent of a startup’s capabilities. Remarkably, the success stories of crocodiles and tardigrades make them so much more worthy in this regard than the non-existent unicorns.

The next time you use a buzzword to describe your startup’s merits, take a moment to consider what you are communicating.

Does the buzzword truly showcase an attractive quality, or merely reveal the fact that you have hopped on to the latest buzzword bandwagon ?