As e-commerce giants flip and snap, is merger the only way to stay relevant? 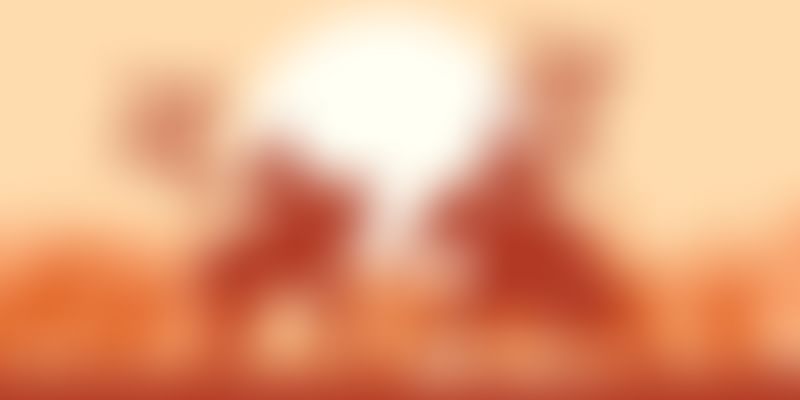 Speculation about consolidation across horizontal e-commerce majors has gained significant momentum in the past few weeks. While various reports recently hinted that Flipkart, Snapdeal, Paytm and ShopClues were discussing inevitable consolidations, YourStory had already raised the question of why these companies needed to form a mega alliance in a detailed piece this past February.

The answer isn’t complex. Indian e-commerce is a long-term game, likely to pan out for several years. To fight prolonged battles, especially against cash-rich behemoths like Amazon, Indian e-commerce companies require deep pockets. However, the sad truth is that they have not been able to raise the necessary capital in recent months and are in danger of losing out to Amazon, which has enough financial muscle to outlast local competition. Worse, Flipkart has had the ignominy of seeing its valuation being brought down by existing investors. Snapdeal too is reportedly struggling to raise funding at last valuation.

Unsurprisingly, Sources say that Snapdeal is on the block, and Flipkart, despite being at the pole position in the Indian e-commerce industry, has not been able to secure fresh funding. Some sources also indicate that Shopclues and Flipkart, which have a common investor in Tiger Global, could be in merger talks. This script was followed with great success in the case of the Flipkart-Myntra deal in 2014 and earlier in the case of the Flipkart-Letsbuy deal in 2012.

Meanwhile, Amazon pledged to pour an additional $3 billion to up its game. Previously, the Seattle-based company had pumped in about $2 billion into its Indian arm.

Amazon’s additional investment outlines the hyper-aggressive rate at which it is splurging on discounts, advertising, logistics, and other things to outnumber homegrown competitors. On the contrary, cash-crunched Flipkart and Snapdeal are cutting their losses through a slew of initiatives. Snapdeal has recently announced a substantial drop in marketing fees levied on sellers to increase their participation on the platform.

On the other hand, Flipkart has immersed itself in making customers happy by improving its hub-based delivery. Its technology team is optimising routes — for the last-mile logistics team — to reach customers faster. According to this report, Amazon has overtaken Snapdeal to claim second position (in terms of GMV) and is nipping closely at Flipkart’s heels.

Keeping the aforementioned points in perspective, market observers continued (quoted in our January report) to maintain that the horizontal e-commerce space is nearing massive consolidation. Kashyap Deorah, Co-founder, HyperTrack, predicted (during Jan-Feb) the consolidations that would inevitably take place during the second half of this year.

Snapdeal can join Flipkart; Paytm can be a part of Flipkart; so that's Snapdeal plus Paytm. I maintain my position — anything is feasible. And it is no longer just speculation. Consolidation across top-tier e-commerce companies will begin unfolding in the coming months.

The mood in Snapdeal and Flipkart’s offices is different from before, because both are perturbed by sellers, whose standards are not up to the mark.

The industry itself has not grown faster than what investors have expected.

He added that the problem was discounting and funding operations with investor funds to keep winning customers. This is what troubled Indian e-commerce companies.

The trouble does not stop there. At the rate losses are mounting, these companies need to consider mergers or shutting down entirely. However, when YourStory spoke to a source from the top echelons of one of the companies involved, he said that any merger between Flipkart, Snapdeal and Paytm is likely to be a nightmare because they are very different entities with different philosophies. “We have built a robust technology which is more valuable than the other companies’ operations-heavy business,” the source said.

What would a merger entail?

* A merger would have to be initiated by investors as founders, who have very varied philosophies, would find it difficult to agree to a merger.

* By merging the two (Flipkart and Snapdeal) there will be a consolidated database of customers and sellers, which is the only advantage.

* The processes of one organisation have to be dropped. Considering Flipkart’s leadership position, it may well get the upper hand in a marriage of convenience with Snapdeal, ShopClues or Paytm.

* The trouble with a merger (aforementioned equations) is that it will reduce the head count by half. It is almost like one of the companies closing down. The combined entity can reduce losses and make customer-centric business a reality.

* The valuation will be the key to watch out for during a merger. Despite the pressure on valuation currently, Flipkart will remain the most valuable company and hence will call the shots.

Other than the fact that shareholders could possibly make money or save themselves from losing out, the employees and sellers will be the losers. The companies may also rationalise sellers. Nandan Nilekani, former CEO and Co-founder of Infosys said:

These companies have to sort their operations out to become profitable.

We propose a merger so that there might be a stronger homegrown e-commerce company, but since most of the investors are global, their interests will prevail.