The history of data analytics dates back to Palaeolithic tribespeople, who would mark notches into sticks or bones to keep track of trading activity or supplies. With evolution, humans started using data for various purposes and even inventions.

Although we might have been using data for ages, terms like big data and data analytics did not become famous until the 2000s, when they were used in certain research and magazine reports.

In the early years of this decade, all hell broke loose when everybody started focusing on big data as a priority for their businesses. According to a survey by Accenture, 89 percent of business leaders believe big data will revolutionise business operations in the same way the internet did.

With the ongoing disruption in technology and transformation in the industry, Saurabh Mittal and Tejinderpal Singh Miglani, after interacting with a few potential customers, noticed a fatigue from large service providers that are used to working on large clients. It was during this time that they saw an opportunity to build a new type of IT services firm which would focus primarily on emerging technologies and innovation. Finding the US IT services market apt for cutting-edge technology, they decided to target it.

It was formed as part of Indiabulls as its strategic IT venture, with the aim of leveraging the strong technical expertise of the IT team led by then-CTO Tejinderpal.

In 2014, the duo decided to spin off from Indiabulls and make their company a separate entity. In 2015, they renamed it Incedo.

“We wanted to establish a new identity for the new company. As a firm, we have global aspirations and want to grow big. It is in line with these aspirations that we undertook the re-branding. Our new name signifies our spirit of innovation and our passion to help clients grow by leaps and bounds,” says Tejinderpal Singh Miglani, CEO and Co-founder, Incedo.

Headquartered in the Bay Area, California, Incedo has over 1,500 employees across North America, South Africa, and Gurgaon, Bengaluru and Chennai in India.

According to Tejinderpal, despite there being strong brand backing initially, the company required a lot of work in terms of engaging and convincing new customers about expertise and capabilities. All of this needed in-depth groundwork.

Besides, there were other behemoths in the market that had captured the biggest chunks.

“From the beginning, we thought of charting our own strategic course while continuously competing tactically with all other players in the market. It was then that we got a break with one of the top five banks in the US. Incedo got a bid opportunity against top bidders like L&T InfoTech and HCL. The work mandate was around application management and infrastructure support. The win happened, and today this client continues to be one of our major ones,” says Tejinderpal.

The US being by far the largest market for the Indian IT services industry, the founders of Incedo decided to build a US market-centric business. To jump start the process, they invested in buying out a software solutions and digital marketing company that enhanced their technical capability and gave them access to clients in the US and South Africa. The founder of the company, Ashish Choudhary, was equi-hired into Incedo and became its third co-founder.

Since the beginning, it was also decided that multiple domain verticals would have to be targeted to achieve quick growth. Within three months of starting ,the venture made a strategic decision to enter the life science and pharma domain.

“At the initial stage, finding the right resources on site is always challenging and, therefore, for one of our leading clients in the bio-pharma sector, Ashish himself went ahead to fulfil and execute the project. It was then that we started some senior-level hiring in that vertical too,” says Tejinderpal.

Today, Incedo claims to work with 40 clients. The client list includes one of the top five global banks in the financial services vertical along with top-notch life science and telecommunication companies. The revenue model of the venture is a services-led model.

Where there’s a market, there are players

IBM, Hewlett-Packard, SAP, Accenture, Oracle, PwC, and Dell, among others, are some of the top names in the big data segment.

According to Statista, across all segments, IBM is the current market leader, with revenues of about $2.1 billion from big data. Hewlett-Packard and SAP round out the top three, with big data revenues close to a billion dollars each.

Experts say that globally, the data analytics and BI market has demonstrated phenomenal growth over the past few years as it has emerged as a mainstream technology being adopted rapidly. Companies across several industry verticals have realised that they need to harness the power of managing data coming from a variety of sources.

“The growing market provides a plethora of opportunities for a company like us,” says Tejinderpal.

He adds that Incedo has experienced overall growth, both organically and inorganically. The venture has made two key acquisitions in the past 12 months, the most recent one being the acquisition in the telecom engineering space, thereby enhancing its capabilities and giving access to the tier-one telecom service provider market.

“We continue to focus on the three industry verticals and expand to adjacent verticals such as healthcare and insurance in the life science vertical, wealth management in the financial services vertical, and telecom engineering in the communication engineering vertical,” adds Tejinderpal.

Tausif Alam
A Journalist, bookworm, foodie, and traveller. Tausif is an avid learner of history and philosophy, and shows deep interest in world affairs. He can be reached on Twitter @aalampanaaah and on mail at tausif@yourstory.com… 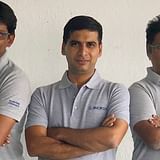