Expect nothing less than a medal at the Rio Olympics, says ace badminton player Jwala Gutta 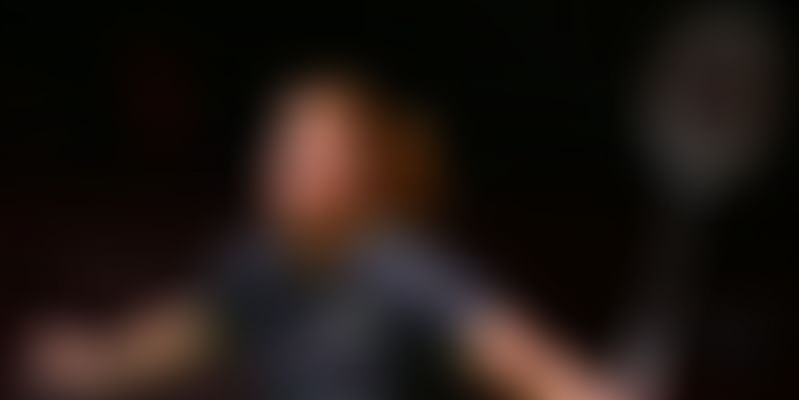 With less than a month to go for the Rio Olympics, all eyes are on the elite bunch of sportsmen and women that will represent India in the most prestigious global sporting event in the world, hoping that they will bring laurels to the nation.

We caught up with ace badminton player Jwala Gutta recently to chat about her preparations for the Olympics and also to learn more about her journey as a sportswoman in a sphere dominated by men.

Talking to us over the phone from Hyderabad, where she is giving eight hours of her day to practicing for the Games, she admits that it has not been an easy journey.

But giving up does not exist in her vocabulary, she believes she was born to be a fighter. Jwala was raised in an open and broadminded environment by her Chinese mother and Indian father. She says that her mother is her inspiration, who, she beliefs, works much harder than herself and who always encouraged her to do whatever she wanted.

Silencing her critics through her performance and rising above controversies over her personal life, Jwala has come a long way. Here are some excerpts from the interview-

Q: How are the preparations for the Rio Olympics going?

A: We hope for nothing less than a medal at the Olympics. We have been working really hard morning and evening, almost 8 hours a day. You know that is the aim; to win a medal for our country.

Q: How were your years growing up? You have a multi-racial background and your parents have different cultures.

A: My sister and I, we never had to follow a particular culture, my parents that way always left that choice to us. We are not really a religious family, so in that sense it was not really difficult. Because of this marriage, Indian and Chinese, my dad never considered me to be less than a boy. He treated me like a boy or more than a boy and that’s why I chose sports, and in those times choosing sports as a career, people would tell my dad that he was mad, saying that I should be an engineer or a doctor and shouldn’t be playing sports like a boy. But my dad married a Chinese and that typical thinking was never there. They always let me do what I wanted to do and, as I said, I had a very easy childhood.

And my mom being Chinese, you know Chinese are known for working really hard, that kind of rubbed off and I am just like her. She isvery outspoken and independent, she runs her own business, and my dad never stopped her from working. We never lived like that typical, clichéd family. We always did want we wanted to do, my mom did what she wanted to do. It wasn’t easy. We had our struggles but we are a very close knit family, we are always standing up for each other.

Q: How do you stand up to authorities, especially authorities in such a male-dominated environment? Not many players would do that?

A: They wouldn’t and I don’t blame them, but my family has taught me to do that. My dad has always told me to stand up to anyone, even him, if I feel that I am in the right. That’s the kind of culture I was brought up in. That’s the kind of strength they gave me and that is why I have never feared anything..

Q : How difficult is it for a woman player in India? Everyone does not come from the same background as you. Was it difficult?

A: Most difficult. I have had times when I felt isolated and lonely and it’s sad that even though we have so much exposure and education, we have become so self involved that we don’t really bother about the person right beside us. I have felt lonely and I have felt isolated by a lot of people, expected a lot of things from a lot of people but they never happened. I also try to understand what they are trying to say and where they are coming from. And I always try to understand their situation and I have never forced anyone to come and fight with me. But that never stopped me when I thought that, maybe, I have been given this life to make a change in this world or in this country, and that’s what I have been doing and that’s what has kept me going. That’s what one of my friends told me, “Jwala, you were born to be a fighter. I am lucky I have friends like that, who have never questioned me and who believe in me.”

Q: How do you deal with adversities and challenges, especially considering all the controversies surrounding you?

A: No, there is nothing to deal with. I have never harmed anyone or cheated anyone, so that automatically gives me a lot of strength. I never lie, even about the smallest thing, I even try to avoid white lies. I am a very truthful person. And what happens in my personal life is personal and if people want to speculate, I don’t have time to think about that and I don’t really care. Yes, I have to set a good example for the people and people who believe in me will see the good in me. Yes, I am not a perfect person, I have not had a perfect life and I think nobody is perfect. There are a few good things in me and a few bad things as well; very few bad things, and that’s up to the people see. And I have learnt a lot of good things from a lot of people and am sure they have their bad things, but that’s okay, and you learn from bad experiences and that’s part of life.

Q: Tell us a bit about your relationship with Ashwini on and off the court. You two seem very amicable.

A: That’s the whole thing. Ashwini and I bond beyond the court as well and it becomes easy for the two of us to play with each other. We have similar goals, attitudes and beliefs. She is a little subdued and does not talk as much. We bond very well and enjoy going out shopping, eating and hanging out together, just like two regular girls.

Q: You are now giving 8 hours a day to training; if you had to pin point one thing that motivates you, every single day, what would that be?

A: I think I have been doing this for so long that it becomes difficult for me to motivate myself really, but I know that there are five people in my life that have supported me throughout: my coach, Arif Sir, my mom and dad, my friend, who has supported me all the way, and my sister. These people have done a lot for me and if I quit, they will be more disappointed than I. I think their expectations and their belief in me motivate me every day.

Q: What would your advice be to people who are planning a career in sports and how should they plan their finances?

A: In India, it’s difficult to plan because we don’t have a sporting system in place right now. My suggestion would be to not lose patience. Self belief is very important. There will be two thousand people who will criticise you and try to put you down but you need to believe in your talent and yourself. Yes, India is changing its attitude towards sports but it will take a long time to reach the kind of place China and America are at currently. I can’t really comment on how to plan their sports career. In India, it’s difficult to plan, nobody takes up sports as a profession, it’s always a hobby aur chalo fitness ke liye bacchee. Parents are still apprehensive about their children taking up sports as a career.

Q: Compare your journey as a sports woman to an entrepreneur’s journey?

A: Keep at it till you succeed, that’s what I did. Keep doing it. You will fail once, twice, maybe a hundred times, but if you believe in what you are doing and keep at it success will definitely come.

Q: Do you have a role model?

A: My role model is my mother. She was born and brought up in China, came to India and adapted to our way of life, our society. She left her whole family in China when coming here and today she calls herself an Indian. She started her own business and has held her own despite the fact that business is a man’s world. It’s not easy to run a business, to run a company and she is doing it. And she is very strong and very stubborn. She is incredibly hard working and I don’t think that even I am as hard working.

Q: What is your plan going forward?

A: Right now, my focus is solely on the Olympics. In the future, I definitely want to do something with regards to badminton and sports in our country,

Q: Would that mean starting a badminton academy?

A: I want to do something different. I have put all my thoughts on paper but haven’t had the time to implement them. If you want to make a change in this society, you need to have government support. I hope the government supports me.

Q: What can the government do?

A: I never thought about that, but a person who is very close to me told me always try to be a better person tomorrow. Grow as a person, never stop growing.