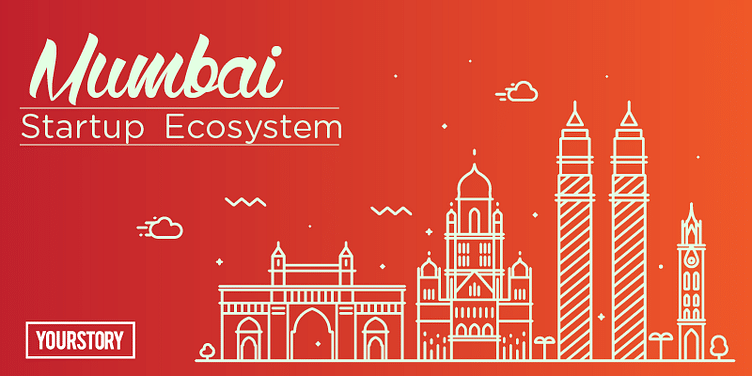 A city with two names and 22 million people– Mumbai, nostalgically still called Bombay, is truly a city of dreams. Just like its landscape, which is an archipelago of many tiny islands, Mumbai is made up of a million dreams. In fact, with a GDP of $209 billion, the capital city of Maharashtra is the wealthiest in the country. Yet, there is a strange irony.

So what happened, and is happening, in Mumbai? Angel investor and Co-founder of hiring platform CoCubes Harpreet Singh Grover, an IIT-Bombay alumni of 2005, says that starting up was unheard of, till SMS GupShup happened in 2008. “It evolved only in the last three-four years, with more funding, and the creation of Housing and Ola,” he says.

Mumbai has always been home to small and medium scale companies bootstrapping in the retail, manufacturing, finance, and hospitality sectors. Holachef Founder Saurabh Saxena, who graduated from IIT Bombay in 2004, says that at the time, starting up meant trying to make mini IT companies. He adds: “Over time, startups with a superior understanding of technology have dared to dream more ambitiously. It has also helped that equity financing has been more widespread than ever.”

Many entrepreneurs came to Mumbai, saw it, but none seem to have conquered it yet. How do you thrive in Mumbai then?

If every city you live in shapes you as a person, Mumbai shapes you as an entrepreneur too. Nischal Shetty, Co-founder of social media marketing platform Crowdfire, says that growing up in Mumbai helped him understand a diversified set of users better, and hence in building a global product. “Mumbai is the city where you meet people who have come in from every part of the country. This helps you understand different cultures and different thought processes.”

Being a melting pot of cultures, Mumbai presents various opportunities to entrepreneurs. In Holachef’s case, Saurabh says, it is the variety in audience that make up their target audience: people looking for regional food from their native place.

The city’s taste towards glamour is also visible in its startups. Shikhar Khanna, Co-founder of online fashion rental platform Blinge, says: “For a startup in fashion industry, Mumbai is the best place. “There are a lot of designers as well as Bollywood aspirants and models who provide our supply.” He adds that although the fashion rental concept is new in India, Mumbai generally adapts to the latest trends easily. According to Shikhar, Mumbaikars also ready to adapted to technology as a medium for transactions.

Being the financial capital of the country, Mumbai is the headquarters of banks like HSBC and Axis, and regulatory bodies like RBI and SEBI; not to forget the Bombay Stock Exchange itself. Hence, it is no surprise that the city has a monopoly over startups in financial technology, aka fin-tech.

In fact, it was the ambition in fin-tech that pushed Manish Patel, Founder and CEO of mobile POS solution provider Mswipe Technologies, to choose Mumbai. “There is a mature talent pool here in the financial sector. Mumbai still accounts for 20 percent of national market share for the financial services,” he says.

A recent report by KPMG and Nasscom had stated that the Indian fin-tech market will see 100 percent growth in the next four years to $2.4 billion from $1.2 billion. The timing is perfect for startups in the space to announce their arrival. In fact, Mumbai’s startup ecosystem depends more on experienced professionals in the financial sector rather than on pure tech talent. Access to more banks and consulting firms also adds weight to it. Many fin-tech startups, including Transerv, Epaylater, Neogrowth, and CreditVidya, are based here.

What makes you leave

Although IIT Bombay provides a decent talent pool, experienced professionals are essential in the later stages of growth. While talent in financial sector is easily available, Mumbai lags in tech and product development, says Kunal Shah, Founder and Chairman of FreeCharge.

FreeCharge had uprooted to Bengaluru not too long after its inception. Kunal says, “A lot of our business is generated in Bengaluru, and now Mumbai has become our smallest office. Our Bengaluru office has 10 times the staff we have in Mumbai.” He adds that Freecharge’s move to Bengaluru has strengthened their technology team as well as expanded their employee base across all departments.

Webengage, based in Goregaon, has also found hiring to be a challenge. Co-founder and CEO Avlesh Singh says: “The workforce here doesn’t come with a “technology-first” mindset – which you’d find a lot of in Bengaluru. Mumbai has a long way to go to catch up with Bengaluru in terms of B2B sales skill sets that a modern day sales person should possess.” Even Delhi companies have a technology office in Bengaluru. Speaking about the limited tech talent available in Mumbai, Avlesh says there are a few companies throwing a lot of money at them, making it difficult to compete in such an environment.

Another major challenge for startups in Mumbai is high real-estate costs. Powai, where IIT Bombay is situated, is Mumbai’s startup base and home to Housing.com, Tinyowl, Toppr, and Runnr. But Harpreet says that it is not a great place to startup as the living costs are extremely high. “Rentals are high, leading to extra money being spent,” he says.

Add to this the notorious traffic in the city. Although the local trains keep the city running, hyperlocal startups struggle with the city’s vastness. When on-demand beauty services startup Amber Wellness shut down in May, its Co-founder Abhimanyu Dhamija had told YourStory that in their areas of high demand – Andheri, Powai and Bandra – logistics was a pain as the beauticians lived far off. “They had an issue as they had to carry a kit and take local trains multiple times,” he said.

What makes you stay

Yet, Mumbai has that x-factor, which makes many stay. Despite the many options, many IIT Bombay graduates choose to work in Mumbai. Kunal of Freecharge says: “Mumbai can retain fast-growing startups by providing infrastructure as campuses need space.” The presence of many banks also helps. “With banks, we are trying to work on programmes that can result in a lot of online transactions,” says Kunal.

With an airport right in the centre of the city, Mumbai’s connectivity to the rest of the world is also a big advantage for doing business here. Mumbai also has many prominent VC firms, including Sequoia Capital and Matrix Partners, which no other city [save Bengaluru and Delhi] can boast of. Matrix, in fact, runs a large incubator too. Powai and its surrounding areas have become hotspots for startups in e-commerce, foodtech, home services, edutech, and on-demand service startups have compelled investors to station the base here.

Although Chennai, Hyderabad, Ahmedabad, and Pune have thriving startup ecosystems, none of these cities have as many HNIs as Mumbai does, says Manish of Mswipe. He adds that areas surrounding Powai have decent infrastructure for slightly cheaper rates.

In Powai’s neighbourhood, Andheri is home to Venture Catalysts’ Coworking space spread over 6000 square feet. In an email, they told YourStory that networking and collaborating is a lot more cost-effective for startups there, compared to Bandra, BKC, or other parts of South Mumbai. The Indian School of Design and Innovation incubator in Lower Parel claim that their presence is moving startup activity to the area- with over 500,000 square feet and mentors, who are experts in media, design, marketing, and entertainment among others.

Mumbai’s most (in)famous startup – real-estate portal Housing – might have seen its CEO being fired, and the core team disintegrating in less than two years since it began. But Zishaan Hayath, angel investor and Co-founder at Toppr, says that people don’t quit their jobs very often here. “Since everything is very expensive in Mumbai, we tend to be more serious in what we want to achieve. Because the challenge is higher, your effort is also higher,” he says. Webengage also claims employee retention of over 95 percent.

While fin-tech may lead its startup scene, Mumbai’s hustle bustle creates scope for innovation in travel, food, and lifestyle. Startups like Toppr, BrowserStack, WebEngage, CrowdFire, CleverTap, and Haptik will hopefully, lead to a ripple effect of more success stories. But, right now, there are no startup unicorns in Mumbai. Ola moved to Bengaluru, and Housing is nowhere on the map despite huge funding.

According to Zishaan, government authorities can help startups more. “The government should make it easier to register a startup. Currently, it takes about 45 days. There are a lot of licenses you need to get. Most of them are archaic, and need to be rechecked. They should also relook at the startups’ stamp duty on shareholder agreements,” he says. Although the Maharashtra government has been drafting its startup policy for a while, nothing has materialised so far.

While IIT Bombay will continue to produce entrepreneurs, it is yet to be seen if Mumbai can produce big startups. Of course, the quality of a business is more important than where you build it. As Manish says, Microsoft and Amazon became billion dollar businesses without ever being in Silicon Valley. But Mumbai has a long way to go before making a mark on the world map for financial services. Accommodating more startups, and encouraging those already present, would light that path.

For those who wish to start up in Mumbai, Zishaan has some advice: “Keep your team small; keep your office [space] small. Stay close to your work.” With more support and incentives from authorities, a generation of aspiring entrepreneurs will be able to uphold Mumbai’s status in the world economy. Gregory David Roberts’ Shantaram rightly says, “More dreams are realised and extinguished in Bombay, than any other place in India.” The startup world is waiting to see how many entrepreneurial dreams will be realised in Mumbai.