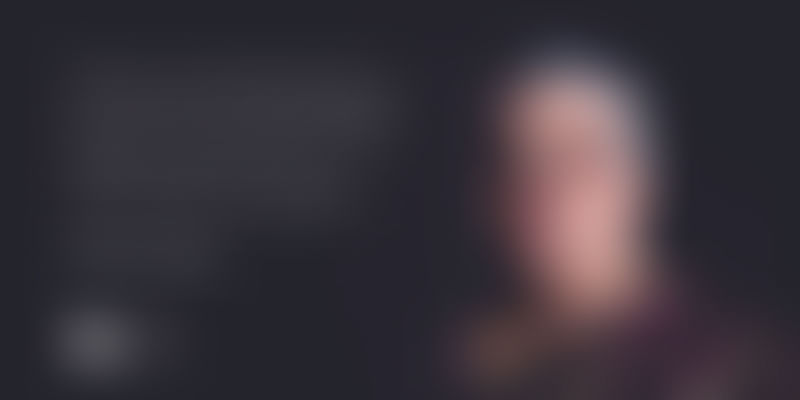 Social worker, politician, Rajyotsava Awardee and now Chairperson of Karnataka Soaps and Detergents Limited, Veronica Cornelio, 53, started out her work an endeavour to help the needy, and this slowly turned into her life mission.

Born in Bantwal in Mangaluru district, Veronica was always drawn to social services even as a young girl, actively taking part in NSS and Rotaract club activities in school. After completing her graduation, she went on to work in a private company in Mumbai (then Bombay) but had to move back to Kemmannu in Udupi district after her marriage.

A life dedicated to service

Veronica found herself as a young bride in a relatively new environment, very different from the fast-paced work life she was used to in Mumbai. But rather than limiting herself to the confines of her home, armed with her husband’s support and her own strong resolve to help those in need, she set out on the path of social service.

She started out by actively taking part in Mahila Mandal activities and before she knew it, people in the region were already in favour of her becoming the director of a local co-operative society. And what started as a small step to help those around her had started shaping into a career. Owing to her immense popularity among the locals she was recognised as a candidate by the Indian National Congress to contest the Udupi Taluk Panchayat Elections. Although a little hesitant, Veronica decided to take up candidacy as it could help her reach a lot more people and help change their lives.

However, the real eye-opener for her was when she went out campaigning.

“I was appalled to see just how many people in small villages were living under conditions of severe poverty, ignorant of all the schemes the government has made available for them.”

Veronica then went on to become one of the first women presidents of the Udupi taluk panchayat. Having come from a service background, she did face some initial challenges. All her good intentions were unfortunately perceived in the wrong light and looked upon with suspicion. Veronica felt defeated. Raising these issues in meetings also didn’t seem to help. So how did she turn things around?

“I let my work speak for me. No matter what accusation was thrown at me, I knew my conscience was clean,”

While in power, Veronica spent most of her time talking to various offices and learning about all the schemes the government had devised for the economically-backward. Even while battling various challenges at work, she made sure she took care to pay attention to all the ordeals of the people she had met during her campaigning days and took upon the responsibility of making them the beneficiaries of schemes most suitable to each of them.

I knew that only making them beneficiaries of schemes was not going to help. I had to follow-up and make sure the money reached each of them,

Having lived in the rural hinterlands she had always wanted to tackle connectivity problems that the locals faced. However, during her tenure she observed that a major chunk of the funds were allocated for larger tar roads. However, she took upon the task of bringing locals together to build mud roads that were less expensive and facilitated the construction of more than 147 roads in the area. She also helped introduce a Konkani Card Health Scheme at Manipal Hospitals which has benefitted over 3 lakh families.

Related read: How to make the most of your life, Michelle Obama shares her secret

A new role, a new challenge

All this work didn’t go unnoticed, as Veronica was appointed Chairperson of Karnataka Soaps and Detergents Limited, the manufacturer of Mysore Sandal soap and other superior quality soaps and detergents. This was a bittersweet moment for her.

Although very elated upon being offered the prestigious post, I was worried about my people back here in Udupi. I didn’t want to stop serving them,

But on the insistence of the government and her family she took it up and made the most of it. The role of a chairman is mostly advisory in nature but that hasn’t stopped her from adding her own special touch to improve the efficiency of the iconic corporation.

When I took over as Chairperson, it came to my knowledge that the machines that were being used in the factory had not been changed since their inception and there was a shortage of workers owing to delay in appointment of new workers. I made sure that the machines were changed and also requested the existing workers to work in three shifts,

In addition to bringing about changes in the existing set-up, one of the key challenges for Veronica when she assumed the position was to make the lesser popular products such as detergents, soaps, body washes and beauty products better known to the consumers. It had to be more than just Mysore Sandal, the brand. She orchestrated the release of a whole array of new grooming products, which will be ready for launch on July 30, 2016, the day the iconic brand turns a century old.

Bringing about quick changes in a government-regulated set-up can be challenging, but Veronica’s persistence paid off, and under her leadership the company has earned a net profit of a whopping Rs 65 crore. She will soon be completing 18 months with the company and is excited to go back to her home district and continue doing what she had set out to achieve twenty years ago.

Every time I am walking around in my home town and people greet me with smiles, acknowledging the effort I have taken for them, I feel on top of the world. Those smiles are my trophies. That is what I have earned,