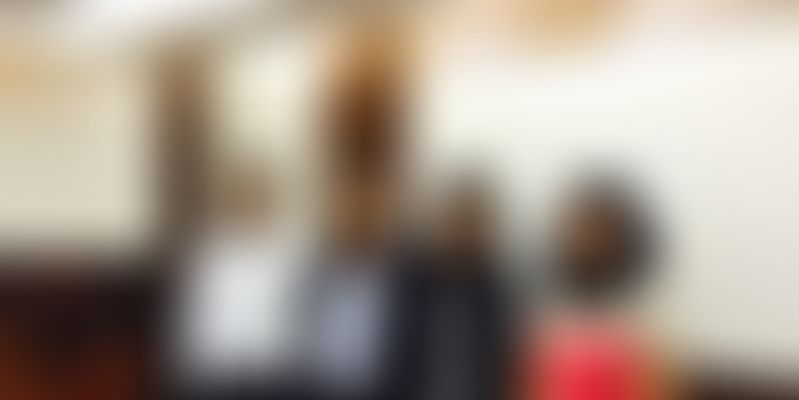 Extroverts are usually open to meeting new people and trying out new things. And Vikash Mittersain, the Chairman and MD of Nazara Technologies, is no different. Being an extrovert, he was always a part of several chambers of commerce, and tried to be a part of as many events as possible. It then struck him that he could do something more.

Vikash felt that it was important that people with similar interests and mindsets met at events, and that different kinds of events needed to be segregated.

“Also, I felt the older chambers were too steeped in tradition and outdated in their thinking and policies. They mostly live in the past, whereas the world is rapidly changing, so we need to look at the future needs of businesses. So one thing led to the other, and IBG was born in Mumbai in 2012,” says 61-year old Vikash.

With over 38 years of experience in management and business consulting, Vikash felt that there was a need for a ‘new-age chamber’ that brought together different verticals such as the startup ecosystem vertical, World of Women (WOW), Potboiler (networking platform), Boardroom (CEO conclave), and Expat Vertical.

The idea was to help connect with people and businesses, who are like-minded, and have similar interests. The 4,000 members and associates of IBG range from professionals, SMEs, and CEOs of medium and large enterprises.

“IBG isn’t my source of income, all the event proceedings are used to meet the expenses, hires, and overheads,” says Vikash. He adds that attracting people hasn’t been an issue. On the launch day, the turnout was in excess of 542, as against 150 targeted, as the launch event went viral.

“I had just sent invites to a few friends, who ended up tweeting about it and forwarding it to different people. We weren’t prepared for that kind of turn out, but when we saw the numbers, we realised we had done the right things,” says Vikash.

For Indian members outside Mumbai, the cost is Rs 3,400, plus taxes, and for international members, the cost is $100 and $300 for companies that generate a turnover of more than $10 million.

Having worked with the Chamber of Commerce, Vikash knew that he needed to build a team that didn’t have any experience.

“I wanted fresh minds, since the focus was on building a new-age chamber of commerce that truly helped like-minded people connect. I focussed on building a team of freshers or people who had no experience in this field,” says Vikash.

Over the past eight months, IBG’s focus has been on the startup vertical. Having been a part of Nazara Technologies, Vikash, who has authored the book YOU CEO, saw that there was need for a platform that brought together entrepreneurs, investors, and service providers. The theme of the vertical is to identify the shortcomings in the startup ecosystem, address those issues, and find solutions.

“There is a specific focus towards women entrepreneurs, as we believe there needs to be focus on the work they do,” adds Vikash. While IBG recommends startups to investors, it doesn’t take part in any funding.

IBG hosts one or two monthly events for startups. The startup vertical is also working on developing international tie-ups with other ecosystems like Silicon Valley, Japan, and Israel. Vikash says that they are focussed on building a global ecosystem. “We are also now working with Management Institutes to set up courses and curriculum for startups,” says Vikash.

IBG hosts one or two monthly events for startups. The most recent one is happening in Mumbai on 12 July 2016. Over the past couple of years, the number of event organisers in the space has grown exponentially.

Today, there are events by the Headstart Network, which organises Startup Saturday, and is known for its mix of entrepreneurs, investors, and professionals. Several incubators and accelerators also hold monthly and weekly events that bring in different people of the ecosystem together.

Colleges like IIT, IIM, and ISB hold and host their own startup events. The Cross Border Angels India Rocks event brings together investors and entrepreneurs from different countries. Investor networks like ah! Ventures are also looking to start their own events.

Speaking about IBG’s events, Shama Merchant, a software-professional in Mumbai says, “The best part of the events is the response we get, and the help the team gives is phenomenal. The energy is high, and interactions are not restricted to groups. People are open and the ideas that you take from the end of the event are phenomenal. I am looking forward to attending the next event this month.”