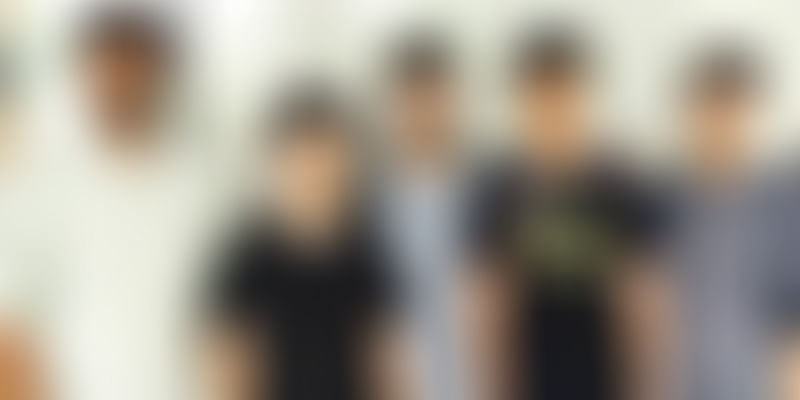 One day, on their way to the metro station, Ashutosh Srivastava and Pranav Manocha, students of Bhaskaracharya College of Applied Sciences (Delhi University), stumbled upon an important facet of human nature. They had been wanting to put their engineering skills to good use, when they realised people are usually goaded to do something when they are aptly rewarded.

They then noticed a bunch of vending machines, and Ashutosh (22) wondered how a machine can be made to collect waste automatically. Pranav (22) quipped that creating a machine would not be difficult, but only by rewarding people would it get used at all.

So, last August, the duo launched their venture We-Convert and introduced a machine called E-Collector. The idea was to accept the user’s waste material and in return generate some rewards by giving offers on waste materials. The price of each E-collector is Rs 1,90,000.

New Delhi-based We-Convert allows users to discharge PET/plastic, glass scrap or aluminum cans by following instructions on the machines. Then the machine will generate a five-digit code that can be redeemed by dialing a simple USSD number. And users can share their mobile number details with We-Convert and get their rewards.

The duo tied up with 'favcy', a third-party organisation and a standard of social connectivity coin creation for individuals, and for brands to simplify the reward system of E-Collector.

We conducted a case study at 30 locations in Delhi where we plan to place the first set of 30 machines. Our next machine placement is within the DMRC premises for which we've been granted the permission at eight different metro stations,” says Ashutosh.

With no knowledge of the waste management domain, the duo was unfamiliar about the capital required and the operation involved to build this product. Workplace was also another issue and therefore they developed the model at Delhi Technical University campus.

The challenge was to arrange a minimum fund of Rs 20,000 to develop a proof of concept. So they started attending multiple business plans and events in colleges of Delhi University and won 12 B-Plan events with a total prize money of Rs 36,000. In total, they invested nearly Rs 1.2 lakh. After four months of operation, the roped in four more technical people to develop a proof of concept.

Even after getting the right team, the technical aspects were a challenge for us. Interactions with many government agencies were not generating positive results,” adds Pranav.

The testing of the detecting unit and the electronic parts was completed within a month and the machine got ready in March this year.

The E-Collector machine acts as a platform of advertising for different brands and its 15-inch digital display aids digital advertising as well. Going forward, the other source of revenue would be through brand promotion, which is likely to generate 7-10 percent. By fiscal year 2017-18, the startup is eyeing a revenue of Rs 67 lakh and is also looking to raise funds soon.

We-Convert has a team of seven members and has a base of 1,400 users from four different locations in Delhi. It is currently working on a project to develop 100 machines for Indian Super league, which will be placed at eight different States in eight different stadiums. In the next three years, they are planning to expand to Mumbai, Pune, Kochi, Chandigarh, Jaipur, Gujarat, Karnataka, Kerala, Goa and Tamil Nadu.

A handful of startups seemed to have sensed the market opportunity. The players include The Kabadiwala, Scrapos, ekabadi, Kachrapatti, Kachre Ka Dabba and POM POM. With the proliferation of waste management startups in India, the domestic industry is estimated to grow over $1 billion by 2020.