8 winning traits of entrepreneurs who started with nothing 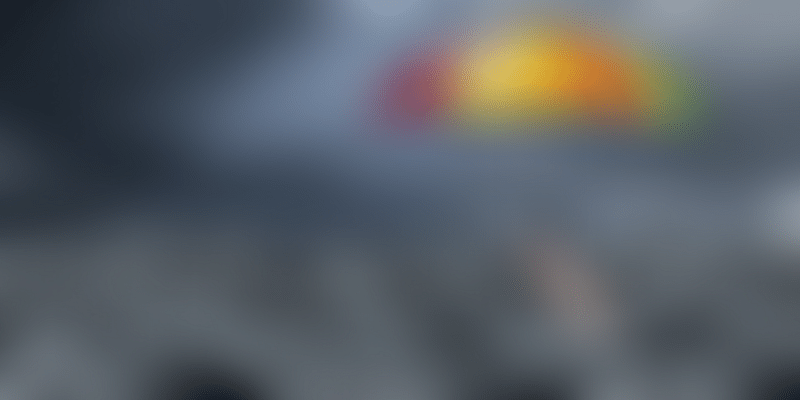 This time, last year, the market was hot with a new food tech startup cooking up almost on a regular basis. It certainly was a time to feast.

Lunch times became an experiment of sorts with someone from the team trying out food by a new venture daily. We would discuss the taste, price, and packaging, often wondering how the particular startup was managing without making any money. Oh! yes, we had already decided that. It was an open secret that what they were spending to acquire a customer far outweighed their returns.

And then one by one they started falling like a house of cards. The startups that had been placed on the pedestal now lay broken and shattered.

It was not only those who were christened ‘food-tech’, but others as well -- like those in the hyperlocal space, and those aggregating something or the other -- that shut shop soon after they had started.

Quoting a Bloomberg study, Forbes says that “eight out of 10 entrepreneurs who start businesses fail within the first 18 months. A whopping 80 percent crash and burn.”

I often wondered what makes one an entrepreneur? What is it that despite the high burnout rates, they still persist like moths around a flame?

Over the months, I met some fabulous people (who happen to be entrepreneurs) and realised it is not only the pot of gold that they are looking for at the end of the rainbow, but it is the rainbow itself that they seek.

And they are wise people for subconsciously they know that only when the sky has darkened and their wills tested in the downpour, will they find the true colours of beauty.

A few months ago as some of us were packing up to leave the office for the day, we heard a young man knock on the open door. Addressing no one in particular, he requested if someone could spare a few minutes to listen to his story. Always ready for one, we pulled a chair for him and gathered around to listen.

He was hesitant at first not knowing what was expected of him, but our eager faces must have prodded him to continue. He told us that he worked as a software engineer in a multinational company but in the evenings, he and his wife had been working on building a product meant for children’s safety on a train. They named it Gijuga Nest, after the weaver bird called by the same name in Kannada.

Well, that was a fantastic idea. Parents often stress about their children sleeping by themselves on the upper berth, and very often they themselves never get any rest worried that the children can fall off the berth anytime. “Hum is samsya ko bhugat chuke the. Isliye hum ne socha iska kuch hal doondha jaye (we had experienced this problem, and wanted to find a solution),” he told us, by now confident that he was getting his story across to us.

He said that he was emboldened by the positive response from people around him towards his idea and decided to go for it. He poured a substantial amount of his savings to manufacture the product. Though they had priced the Gijuga Nest modestly (it is available on Snapdeal here), he said the product had not taken off as expected. With anguish writ large on his face, he said there were others with deeper pockets who were now copying his product.

I could see that he was very passionate about this and had put his money where his mouth was, so to speak, yet he could not find the right people to support his idea.

I sincerely hope his ‘Make in India’ effort gets the recognition it deserves.

Though his story is still a ‘work-in-progress’ one, I realised from this encounter that it was essential for entrepreneurs to believe in themselves and their product. For if you do not believe in yourself then who will? As simple as it may sound, this one is the toughest, especially when everyone around you is ready to pounce with the ‘I told you so’ dagger.

I recently wrote about this entrepreneur. He too had walked through our office door (it is always open) looking for someone to hear his story. My colleague pointed him out to me (knowing very well what a sucker I am for sob stories). Though I met him without any expectations, I instantly warmed up to him as he started telling me about the aircraft he had built when he was in high school.

I realised later that that was not why his story needed to be told. His was a story of single-minded focus and persistence. And by the way, far from a sob story. More like grit and determination.

Muzzakir is a serial innovator, who has built aircrafts and electric bikes, and persisted at it for 18 long years without any monetary support or recognition.

When I met his family, his mother said, “Well he has at least come down from the sky (meaning he was building aircrafts earlier and now he is into bikes).”

When I last spoke to him a few days ago, he said he was in talks with investors. So there, persistence pays.

Take risks, do not be reckless

Luckily, I met this entrepreneur when he was on a day’s trip to Bengaluru from Pune, where he lives and works. I called him the Potato King of India for the precise reason that he is probably the only largest independent entity in the whole potato supply chain from the farm to the plate.

Hemant Gaur is the Founder and Director of Siddhi Vinayak Agri Processing (SV Agri), a Pune-based potato supply chain company. But for most of his life, he was working in the corporate sector with large corporations like Marico, ITC, and Walmart.

One day, he decided to trade his cushy life of a salaried employee with the stormy and chaotic world of entrepreneurship. He was in his 30s and had a family to look after, yet he decided to take the risk, something that all entrepreneurs do. But, it is not risk just for the sake of risk. He took a calculated one.

He knew the entire potato story from the other side as a buyer. All he had to do was see that story from the seller side. And that was a risk worth taking.

It’s not about ideas. It’s about making ideas happen

It was a rather sultry evening when I met this enthusiastic youngster at one of our terrace meetups. I almost ignored him for the very reason that he was ‘enthusiastic’. Very. As I heard snatches of his conversations with the others, I was drawn to the group that was becoming larger by the minute.

Gullu, that was his name, was telling people how he made crores by making Maggi for college students. Disgusted with the idea of bad canteen food everyday, he had decided to take up the challenge of serving food to students that they liked.

It was a good idea, but what separated Gullu from the rest of idea chasers was that he made it happen. And in the process went laughing all the way to the bank.

They don’t talk, they do

I have always believed that a good journalist is one who keeps her eyes and ears open more than her mouth. Probably, this is also true for entrepreneurs. I met Srikanth Bolla in Mumbai at the INK conference during the lunch break. He was replying to someone about some business query. I realised then that Srikanth was a man of a few words. But if you were to write down his deeds, it could very well turn into a book.

What I gathered from Srikanth’s story was that he had the will-power to move mountains. Being blind was just one of the obstacles, at every step in his life he had to work hard to prove himself. And that only happens when one concentrates their energies on doing rather than talking.

They nail every opportunity

Though she is not an entrepreneur in the traditional sense, I would like to bring Jyothi Reddy’s story in focus here. It was truly a fantastic story. A poor, landless labourer breaking stones in the fields, who goes on to become an IT millionairess.

Though her story sounds almost reel-life like and magical, it was far from it. The story got a lot of readers but what disconcerted me were some of the remarks that rubbished her story. But then the blame would be entirely mine in not being able to articulate her journey well.

In hindsight, I would like to mention that the reason Jyothi was able to make her dreams (of going to the US) come true was because she made use of every opportunity that came her way.

She was brave, gutsy, and a go-getter. Traits that offend people when found in the female of the human species.

Hard lessons are learnt only by failure

Renuka Aradhya’s story is equally a fantastic one. So is Raja Nayak’s. Both of them rose from the footpaths battling poverty through their youth. It is a wonder they did not lose their footing along the way despite failures at every step. They fell. They got up and walked again. Not once, not twice but many times over.

Entrepreneurs today are told to fail fast. It means that you start doing what you set out to do sooner because there will be failures. And the only way an entrepreneur can rise up again is by holding on to the crutches that the lessons provide.

Perhaps, this is one of the most important lessons that I have learnt not only from all these and more entrepreneurs I have met but also from the one I work for and with. If you want to be an entrepreneur be sure you “have a thick skin and a sense of humour.”