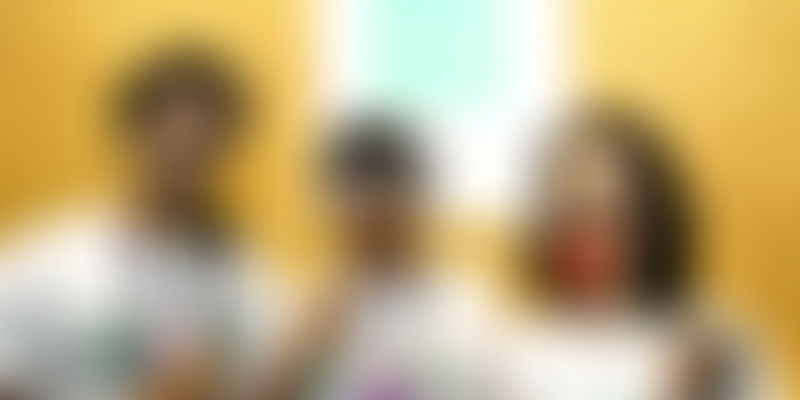 Technology may have brought the world closer and made distributing and gathering information faster and easier, but it has also made people more disconnected from each other than ever before. While technology has its benefits, it cannot replace the fulfilment real-world interactions bring.

An impromptu get-together with friends or family is generally an enjoyable experience, but coordinating and making it happen requires a lot of effort. The problem is magnified in large cities where traffic and distance are generally the main obstacles. Moodoo aims to solve this problem by helping you get your friends or family together without having to call, send lengthy messages, or set up Whatsapp groups.

With the aim of ‘Doing More Together’, Moodoo app lets users see potential meetups around them based on their friend circles. A newsfeed lets users know what their friends (synced through Facebook) are in the mood to do — hence the name, ‘Moodoo’ — and where. The app then lets users discover nearby venues, collaboratively vote on where to go, check who’s coming, and update their respective estimated time of arrival (ETA).

Moodoo’s goal is to let users set up an impromptu get-together with a friend or group of friends in four taps, without having to type detailed instructions or descriptions. The app also includes venue discovery features and in-app messaging features, just in case users need additional clarifications.

Lucy Gadkari grew up and was educated in the United Kingdom and went on to graduate from the University of Oxford with a degree in Modern Languages in 2011. She then worked at BBDO in Paris, M&C Saatchi, and FITCH in Mumbai before co-founding Moodoo with Vaibhav Sinha, an IIT Delhi alumnus.

The idea to start Moodoo came up as a result of personal experiences in trying to organise get-togethers with friends. Lucy found that even the simplest of casual meetups required a lot of time and effort to organise as a result of endless back and forth coordinations. She felt that an app should be able to solve this. So, in late 2015, she and Vaibhav did the necessary market research only to find that there was no real tool that suited their needs. So they decided to develop one and launched Moodoo in January 2016.

Talking more about the problem she aims to solve, Lucy notes that most people generally have a fixed group of friends they constantly meet, but that there are others in their extended network whom they miss out on seeing. So, through Moodo, she wants people to hang out with all their friends more often, whenever both parties are free. Talking about the fear of missing out, Lucy notes,

Everyone prefers to be the person in the picture rather than the person ‘liking’ it on Facebook.

Moodoo aims to make face-to-face meetups with friends happen more often and more spontaneously, and to facilitate spending more time with friends offline. The startup consists of a four-member team which includes the two founders along with two developers managing the Android and iOS apps respectively. Vaibhav has over 15 years of experience in software development and is a principal investor of a US patent that covers the online equity crowdfunding process.

Nowadays, most social apps focus on virtual connections and sharing experiences remotely. While social media provides a wealth of benefits, the Moodoo team believes nothing can replace sharing experiences in person. Based on the interactions on Moodoo so far, the team found that getting coffee, parties, and even exercising together are among the top activities that their users prefer.

While the app is available globally, Moodoo is presently focused on capturing the Mumbai market, what with the team being based there. They have so far relied on both online and offline marketing efforts to get users onto their platform.

Lucy says their strategy is to create a community effect of downloads by getting a group of friends onto the platform in one go, instead of focusing on individual users. Hence they are actively engaging with student ambassadors across different schools and colleges in Mumbai to create network effects. They are also marketing the app through social media channels like Facebook.

In January 2016, Moodo had raised a seed round of £20,000 from the University of Oxford's Said Business School. At present, Moodoo is focused on user engagement and getting people to meet in the real world. Revenue generation is not a concern yet.

But Lucy notes that they do have a clear path to generate revenue as they can direct people to brick-and-mortar stores in more organic ways that traditional advertisers can’t. Moodoo is also open to white labelling their solution for large-scale enterprises to leverage for their sales teams to organise meetings.

The popularity of social media as a conversational tool has also created a trickle-down effect for social-to-offline apps to leverage. Facebook has a ‘Nearby Friends’ feature which lets you see friends who are in close proximity but doesn’t include any special calls to action apart from a direct access to Facebook Messenger. Tinder, the popular dating app, recently launched Tinder Social to help friend groups hang out with other friend groups who share the same taste.

Down to Lunch is another app in this space that operates on a similar principle and had achieved a certain level of virality before losing some of its steam. Then there is Tossup, a Microsoft Garage app that aims to make event planning and opinion gathering from friends easier. While many startups and large enterprises in this space have got proof of concept, none of them have completely tackled the pain point yet.

After capturing Mumbai in the coming months, Moodoo aims to focus on other cities in India and abroad to replicate the process. For this they aim to raise a larger round of funding to expand their team and strengthen their technology prowess.

In the last month, Moodoo claims to have seen approximately 1,100 users, with an average of 70 percent returning users. They currently see about 100 active users per day and expect to grow significantly in the coming few months, both due to an increase in marketing and a drop in the monsoon. Their aim is to grow by 10x and reach 10,000 monthly users by September 2016.

Moodo has a clean and interactive user interface that takes into account a variety of use cases. The app currently has nine use cases ranging from coffee, food, drinks, and movies, to shopping and exercise with an option to further customise and personalise based on specific needs.

Users can also broadcast their current location and availability through a ‘Moodcast’ update which remains active for five hours. This is a useful feature as it lets you know your friends’ location to meet and can also be used to avoid ‘frenemies’ and decrease chances of bumping into them. Moodoo is still relatively new and it will take some time for network effects to kick in and make it more compelling for early adopters to stick around and new users to try it out.