As Dipa Karmakar makes her tryst with destiny today, here’s looking at the unknown hands that brought her so far 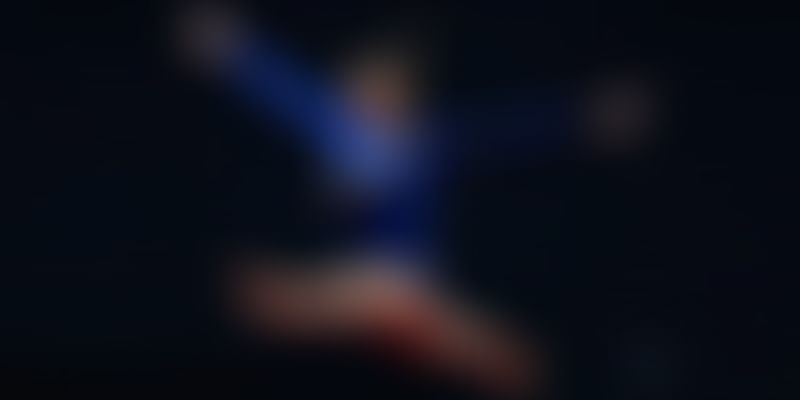 By all accounts, the summer of 1969 was an eventful one for the world.

In June, newly-elected US President Richard Nixon began the promised withdrawal of American troops from Vietnam as part of the new US policy of Vietnamisation, In July, astronaut Neil Armstrong took one small step, making a giant leap for mankind. In August, a three-day music festival on a dairy farm some 40 miles southwest of the town of Woodstock in upstate New York went rogue, attracting over 400,000 fans and changing the history of rock and roll.

On the other side of the world, India was having a significant year too. Excited by the power of communication satellites, as demonstrated by the live transmission of the Tokyo Olympics across the Pacific in 1964, Dr Vikram Sarabhai began work on a robust space programme for India, which culminated in the founding of The Indian Space Research Organisation on Independence Day, 1969.

The Rajdhani Express was introduced the same year, and the Indian National Congress split into two factions, one led by Indira Gandhi and the other by Morarji Desai.

And in faraway Russia, Mantu Debnath became the first Indian gymnast to win an international competition, winning gold at the India-USSR Cultural Exchange while competing against the 'unbeatable' Soviets.

The news sent 11-year-old Bishweswar Nandi, an aspiring gymnast growing up in Debnath's hometown, Agartala, into a tizzy of excitement. One day, he promised himself, he would win gold medals like Debnath, maybe even in the Olympics! Surely there was no law against dreaming!

Nandi grew up to become a five-time National gymnastics champion, and was part of the Indian team at several international tournaments, including the 1982 Asian Games, but he never made it to the Olympics. Until this year.

This year, Nandi came to Rio, not as a competitor but as a coach, accompanying his now-famous protegee, 23-year-old star gymnast Dipa Karmakar, the latest in a long line of star gymnasts that have come out of Tripura since 1968.

Not many people know it, but gymnastics is a real 'thing' in Tripura. Twenty-four gymnasts from the state, three Arjuna Awardees among them, have won 60 national medals over the past 50 years.

Almost every school has its own gymnastics centre, and many community centres train children for free. Here as elsewhere, sport is seen not so much as leisure but as a way to keep children gainfully employed and out of mischief, apart from being a passport out of poverty to money, recognition, and a government job.

In Tripura, gymnastics is simply what children do.

And it all began with one man and one propitious meeting almost three thousand kilometres away from Tripura.

Way back in 1963, a sports instructor with the Sports Authority of India called Dalip Singh met a Russian gymnastics coach at the National Institute of Sports, Patiala, and got some insights into what coaching, particularly gymnastics coaching, was all about.

Two years later, the Sports Authority of India (SAI) sent Singh to Tripura to scout for gymnastics talent. Singh plunged into his job with gusto, hiring carpenters to build basic vaults and beams in the community weightlifting centre in Agartala, the Vivekananda Byamagar.

Over the next couple of decades, using only such primitive equipment, Singh produced a string of national champions, including Nandi's idol Mantu Debnath, and later, Nandi himself.

In what seems like a fantasy story, Singh also convinced the government to let him bring in teams of some of the best gymnasts in the world - from Russia, Germany, China - to Tripura, so that his students could watch, interact with, and compete with them.

Dalip Singh never returned to Patiala, staying on in Tripura until his passing in 1987. With his death, gymnastics in Tripura went into a bit of a downswing. But it is back in the limelight now, thanks mainly to Singh's students, Nandi and Debnath foremost among them, who are carrying the torch forward, training scores of young hopefuls like Dipa.

Nandi first met Dipa some 15-odd years ago as a perky little girl of eight who had just won a gold medal on the balancing beam at the Northeastern Games in 2002. Her father, Dulal Karmakar, a weightlifting coach with the Sports Authority of India, clear that his children should be involved in sport, had done a quick SWOT analysis on Dipa's build and personality - small, stocky, strong, full of restless energy - and decided it had to be gymnastics, perhaps hoping fondly that she would be able to master a sport he had once tried and failed at.

He began to take her with him to the same Vivekananda Byamagar that Dalip Singh had first fitted out as a gym, where she began training with Nandi's wife, Soma, a national-level gymnast herself. After Dipa won the Northeastern Games, Soma brought Dipa to her husband and suggested that he take over her training.

Neither guru nor shishya (if you asked them, both Nandi and Dipa would say theirs is more a father-daughter relationship) has looked back since. For over a decade and a half, the two have spent at least four hours a day in each other's company, the one scolding, coaxing, pushing, and praising, the other protesting, obeying, learning, and following.

It was Nandi who first urged Dipa to go after the Produnova, the dangerous forward-handspring vault technique involving two forward somersaults, and built her first rudimentary practice handspring with spit, duct tape, and discarded scooter parts. It is he who has now removed the SIM card from her phone, to make sure that she is not disturbed before her big night tonight when she performs in the Olympic final of the women's vault.

Long years ago, Bishweshwar Nandi, Dalip Singh, Manto Debnath, Dulal Karmakar, Soma Nandi and scores of unknown others on the journey of an Indian woman to an Olympics gymnastics final made their own separate trysts with destiny.

Tonight, at 11:17 pm IST, on the eve of their country's 70th Independence Day, they will redeem those pledges, if not wholly or in full measure, very substantially indeed. A billion brimming eyes, and a billion full hearts, will be watching.