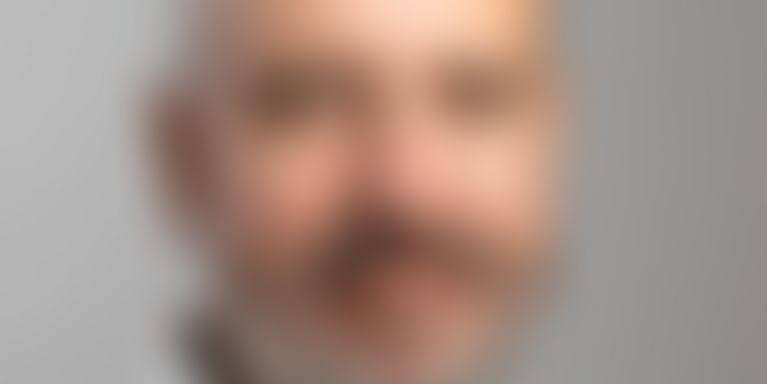 There are at least two things that stick out in Ivo Spiegel’s story: firstly, he started up an IT software and services company in 1989, way before the startup scene exploded in Europe; and secondly, he was in Croatia, which was definitely not one of the main innovation hubs. To tell the truth, the Balkan country was among the ones that still had problems as basic as implementing the learning of the English language.

But Ivo had grown up between Zagreb and the US, knew English, knew tech, and had a friend, Blerim Sela, he started Perpetuum Mobile with 27 years ago. Later, he co-founded ZIP Incubator, became a columnist and contributor for different tech magazines, including Forbes, and co-founded Tech.eu, one of the leading media platforms on entrepreneurship in Europe. Recently, he has published the book European Startup Revolution, in which he interviews 28 of the most prominent founders of successful businesses in the continent. He is one of the go-to guys to learn about the European startup scene.

What defines the European startup scene?

“Europe is a great place to start up because it is full of opportunities. Many of the entrepreneurs I’ve spoken to in the book have compared the times they started up (the early 2000s) with the current scenario and things have changed a lot. There’s more support, co-working spaces, accelerator programmes, mentors and funds available. An example is that Techstars, one of the main global accelerator programmes, has recently come here. Through accelerators like Techstars, companies from Croatia can realistically think to become global companies. A couple of years ago, Techstars wasn’t even in London.”

Europe is a very fragmented market. How does this affect startups?

A lot, on different fronts. Firstly, due to legal regulations: I know entrepreneurs who had to start three different legal entities because they started up in Croatia, got funded by Bulgarian investors, and wanted to expand into Germany. It’s ridiculous that one has to start different companies for the same project over and over again!

Also, you have a disastrous data roaming situation in which every country has its own market and operator. Yet, it seems that, although it’s been delayed a lot, we’re going to have a single European Telecom market soon.

What are the main problems the EU Digital Single Market aims to solve? Is it being implemented effectively?

Europe has a big VAT (Value Added Tax) issue. In January 2015, a rule came into place in the EU for which, if you are selling digital goods like e-books, software and software subscriptions, you have to invoice your costumer according to the VAT of their country, not yours. That created a massive problem for many small companies and entrepreneurs. The big ones have the legal and technical operational infrastructure to handle these regulations, but for small companies - and in the digital economy, there are thousands of thousands of small companies - it was a total disaster. But this is only one of the problems: there are too many regulations on taxation, company funding, label laws.

This is the main difference between Europe and the US. The EU market is in itself bigger than the US one, but the latter is a single market. Obviously, there are different regulations in the different states of America for particular sectors, but if you have a digital product, a cloud thing, a service which starts working in a state, the rest of the US can start using it immediately. In Europe, this is more difficult.

The Digital Single Market is something really important but there’s a long way to go. It’s been having its ups and downs, for example, at the moment of implementing net neutrality regulations in the EU, big telcos successfully lobbied against it. The overall situation is moving forward but there’s still a lot of work to be done.

One of the issues that entrepreneurs have raised in Europe is the difficulty in accessing the best talent. What is the main problem here?

Often it is just paperwork. I spoke to the founder of Runtastic, one of the leading health and fitness apps globally, which is based in Austria. They wanted to employ a person from Mexico. It took them six months from the time they started the process to the time he could finally start working full time for the company. And just imagine, they have have people from 22 different nationalities!

But to be honest, there are a lot of problems like this in the US and other parts of the world as well, so Europe is not alone in this. Nonetheless, it should be solved. For the countries that have joined the European Union, it has improved a lot.

Will Brexit make the situation worse?

That's really, really hard to say. No one really knows what to expect in the coming years.

The flow of goods, services, capital and labour between Britain and Europe will become hindered by various obstacles. I'd say that the UK, and London in particular, will still remain one of the leading tech capitals, not only in Europe, but globally. London is such an important part of the global tech and startup ecosystem. VC funds based in and around London, Cambridge and Oxfort; British universities in these and other cities; strong startups with deep R&D roots - all of these are there now and they will not go away. Much of what draws some of the most talented people globally to London to start or grow their companies will not go away because of the Brexit.

Having said that, the balance of power will shift somewhat. Other European capitals are in strong competition for the best talent and for capital as well - Paris, Berlin, Stockholm, Barcelona and others. With Brexit - they will be more attractive to talent and capital than London. The changes will be gradual, but overall they will hurt the UK more than the other countries.

How relevant is diversity in teams?

It’s very important. Wherever there’s diversity - at least in business- it is because the top talent is brought to a location, a university or a city. When you have top talent regardless of their religion, their culture and where they’re form, that means you get the best. Whichever business capital of the world you go to, they are all highly diversified. From the streets to conferences and from education to business.

The US has always been more attractive for global talent. Do you think the EU should do something to attract talent from the world?

Absolutely. And this is a task politicians should undertake. If you look at the Mayor of San Francisco when he goes to Mexico with some US-based VC investor, he goes as a salesman. He sells San Francisco as the greatest city in the world for starting a company. Our politicians should go to India, to Mexico, to Africa, and to the US to market Europe as the best place to start up. For whatever reason, the environment, the culture, the food, the sea, the regulations, tax benefits, whatever!