The girl gang – saving lives and tears since the beginning of time! 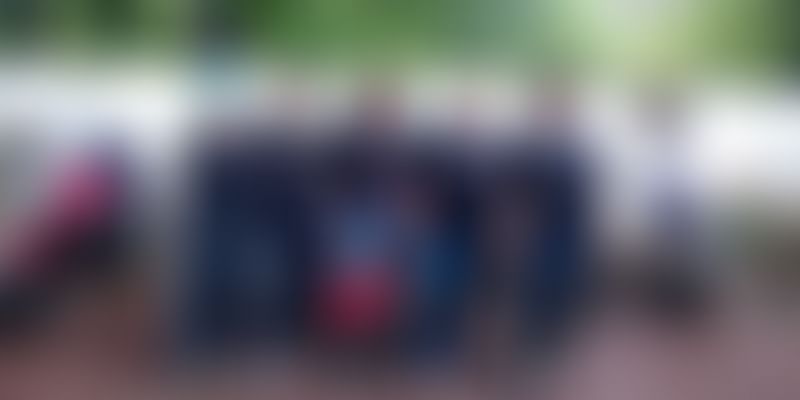 For most girls, who live away from home, girlfriends are not just meant for gossip, clothes, and catfights as the world often thinks and portrays. They are so much more. They provide you the comfort of home, warmth of family, shoulders to cry on and a sense of completeness, just as a partner would.

As an ode to the often misunderstood and undervalued concept of girl gang, this Friendship Day we at HerStory decided to talk to a few awesome girlfriends who are taking the world by storm together!

From being colleagues to close friends to co-founders, while Nikita Burman, 24, and Bhavishya Bhan, 27, realised that restaurant owners had several pain points during their stint at Zomato. Communicating with different points of contacts was leaving the restaurant owners with no time to optimise on any one platform. Moreover, this also meant that they were left with little or no time to do their core work. Nikita and Bhavishya realised the pressing need for a solution that could put an end to all these problems. After numerous discussions over cups of tea, the duo founded The Bluebeans, an agency that could take care of the end-to-end digital marketing needs of restaurants, in early 2015. Along with all the money that they had saved, it was really friendship and mutual respect for each other that they put in as initial capital.

While taking on the industry challenges, duo have also dealt with gender-specific challenges.

It certainly is tough, even in these advanced times. The late-night meetings and all-nighters were never appreciated. The biggest concern for both our families was, how do we ‘settle down in life’ and ‘who would like to marry us?’ One day, a male client casually expressed a concern on what would happen to the business once both the founding female members get married. Without a blink, our prompt reply was ‘The same that happened to your restaurant when you got married’,

But instead of letting the snide remarks and challenges bog them down, the girls continue to do what they do best, solve real problems.

“Can two girls really be friends, Sumukhi?” I ask her.

“What do you mean?! She is my baby. She is all the support I need on stage and off stage. The term ‘best friends’ is too mainstream for us. People hang out over movies, we hang out by performing together,” she replies.

Through the ‘OMG you are a woman, and you can make someone laugh?’ reactions, Richa and Sumukhi are making a mark in a globally male-dominated realm.

Richa and Sumukhi met at Centrestage’s ‘The Improv’, an improvisational comedy show. Richa had already been part of the show for two years when Sumukhi joined.

We started doing improv together, and realised we are such different, yet weirdly similar, people,

In such a space, we’ve realised our biggest strength lies in the commonality of our experiences,

When Sumukhi met Richa, she was planning to conduct theatre and experience workshops for kids. Sumukhi joined her in conducting their first workshop together.

This made us understand how we worked as a team. Thanks to a good amount of nudging from our friends Kenneth Sebastian and Prateek Prajosh, we decided to write our own sketch show and stage it,

Today, I feel responsible for many of the young women working at LWTC. Some of them joined us many years back, when our success was not at all guaranteed. I really appreciate that,

The fact that there was little opportunity for women in the Ladakhi trekking industry was the key motivating factor behind LWTC. The idea also came about as an opportunity for assisting lone women trekkers, who would be uncomfortable with male guides.

This along with helping women get started in the trekking industry was enough of a motivation for me to start the company,

They started off with a handful of staff – Thinlas, an office manager, two other guides, and a few porters. Now LWTC boasts of over 20 employees.

I started LWTC to create a different model. I didn’t know we would be this successful so soon,

Today, the group of women like sisters and friends are making sure no woman trekker feels lonely and are lighting up the plains with their laughter and togetherness.

It was only under a year that India had found a new Women’s Doubles pair in the form of Jwala Gutta and Ashwini Ponnappa. The pair made an immediate impact by winning the Gold at the Commonwealth Games in Delhi.

At a time when the Singles game in India was beginning to take baby steps, the achievements of this pair came as a much needed boost for the doubles. Although the pair has seen quite a few ups and downs since their CWG Triumph, what has not lost its sheen is their bonding.

Ashwini and I bond beyond the court as well and it becomes easy for the two of us to play with each other. We have similar goals, attitudes and beliefs. She is a little subdued and does not talk as much. We bond very well and enjoy going out shopping, eating and hanging out together, just like two regular girls,

Urvashi Patole and fellow biker Firdaus Shaikh started The Bikerni in 2011, an all-female association of serious bikers exclusive to India.

I felt I had to begin a platform for women motorcyclists because our numbers were few and scattered. I wanted us to connect, to encourage other women to ride all over the country, to ride together and to be under one association so that we could gain an equal platform for women bikers. I aimed at women empowerment through the field of motorcycles. Women should look at us pillars of strength on two wheels and know that there are women around who are doing something really uplifting and thus, follow their dreams,

The Bikernis tour, stunt and ride with more than 500 members across several chapters in India.  With every journey, it is the message of love and friendship that is thundering as loud as the mean machines in every place they ride to!

Amidst all the atrocities and strife that exists in the world for a woman, a girlfriend’s love and support can prove to be the much needed elixir! We all have those beautiful relationships in our lives, so this Friendship Day, make sure you tell all of them how much they mean to you. Because people may come and go but #girlfriendsforlife!