In the exam preparation category, Gradeup is betting on its mobile-first approach for success 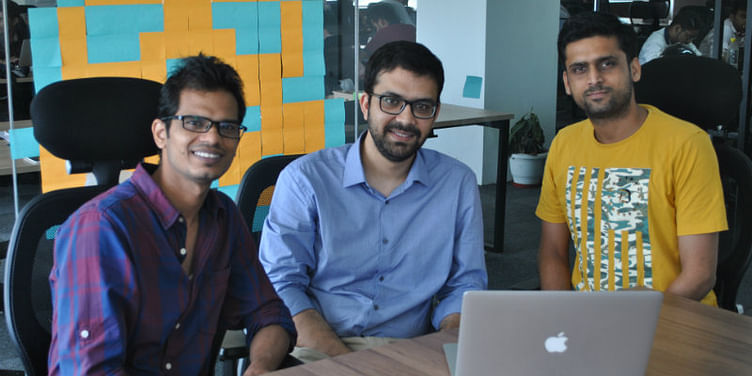 The early years of this decade witnessed a huge proliferation of edutech startups; most of them preferring to offer solutions in the examination preparation category.

During this period of high activity, Vibhu Bhushan, Sanjeev Kumar and Shobhit Bhatnagar decided to enter the segment, targeting mobile devices. They observed the growing market for smartphones and foresaw the impending boom, with the market standing at 220 million users today.

With an aim to make education engaging and available on the go, the trio launched GradeStack in 2013. The platform partnered with educational publishers to create mobile-friendly exams with interactive content for students preparing for various competitive examinations.

Within a year’s time, the Noida-based company raised an undisclosed amount of funding from Times Internet Limited. In a year’s time, it touched over half a million downloads across more than 30 courses.

However, this was the maximum growth GradeStack could achieve. There was no progress from this level and finally, it had to shut down.

This was, however, not the end of the entrepreneurial careers of the three cofounders. In October 2015, they bounced back and launched another platform called Gradeup, a mobile-based community for students preparing for examinations like IBPS PO, SBI PO, SBI Clerk and more. The platform caters to students studying for over 30 different exams.

“On this platform, students can post their problem in the community section of the app, which comprises of students preparing for competitive exams and mentors in that field, and have it answered by any other student. If such an answer is not forthcoming from the student community, mentors take it forward and solve it with the process,” explains 29-year-old Shobhit. The IIM-Calcutta graduate leads the company’s strategic direction and business execution. Prior to GradeStack, Shobhit worked with Business Advisory at Ernst & Young, India.

The platform connects peers, mentors and resources which help students in achieving their educational goals.

The key features of the platform include daily tests, interactive polls for practice, live sessions, and exam related queries answered in real time.

According to the co-founder, the app has gained widespread acceptability among students and has been downloaded by 12 lakh users on Google Play. Of the total users, over one lakh are active users that interact on a daily basis. The average time spent on the platform is 30 minutes a day.

The platform, which recently raised Series A equivalent funding from Times Internet Limited, has been trying various models to create a more robust business this time.

“Our first target is to acquire more and more consumers and engage them on the platform. This will bring in more data and open various business opportunities for us,” says Shobhit.

On the revenue model, he says that they can engage in pure-play sale of content with partners. Besides, there exist other models like contextual ads and delivery of content through videos, to name a few. “However, we would first have to meet the requirement of more customer acquisitions.”

In India’s online education market, which is predicted to grow to $40 billion by 2017 from the present $20 billion, there are multiple players in the edtech space, some of them being well funded.

According to Docebo, the inflow of venture capital in the e-learning space has been $6 billion globally in the past five years. A TechNavio report states that the Indian online education market is expected to grow at a CAGR rate of 17.5 percent from 2014-19.

Some emerging companies in this industry include Simplilearn, Embibe, Toppr and EduKart. Simplilearn has already set up its operations abroad.

In May 2016, Prepathon, a learning app for competitive exams from PaGaLGuY, announced an undisclosed amount of funding from Blume Ventures as a part of their pre-series A round.

Amidst the giants of the segment, Shobhit says that Gradeup has been recognised as an example of a new and improved form of pedagogy in the exam prep space, especially for students in Tier-II and Tier-III cities.

With the intent to ride this wave of growth with a mobile first approach, Gradeup envisions becoming the largest and most engaging community of students and teachers, where students of all ages and subjects can learn in a collaborative and engaging manner.

Seeing the immense popularity of the app in its first year and its increasing reach, it is planning to launch the web version of the platform to act as an extension and ensure that smartphones do not act as a hindrance when it comes to catering to the student community in the remotest of corners.

The industry is in a high growth phase, especially with increased investor interest in education after the overall slowdown in investment activity. The challenge of building profitable and scalable revenue models, however, still remains, and it is yet to be seen how the many entrants in the sector go about achieving profitability.