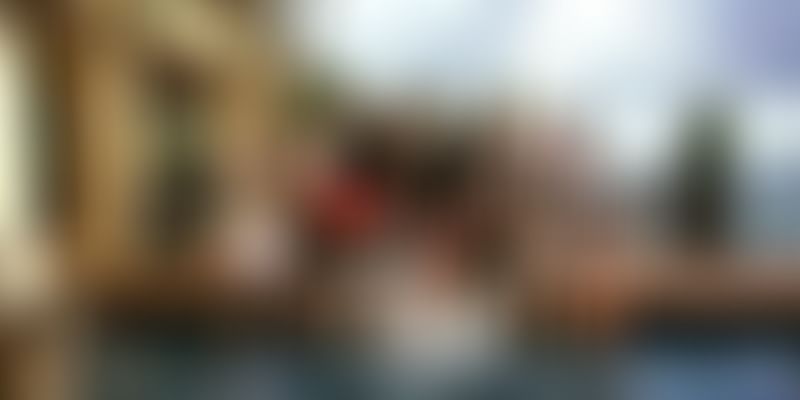 Rohit Taneja is an avid traveller, enjoys learning new languages and cultures, and believes that travelling teaches important lessons on growth and introspection. An IIT-Delhi alumnus, he founded Mypoolin in January 2015 along with Ankit Singh, an alumnus of Delhi College of Engineering and FMS Delhi.

One afternoon in the middle of 2015, Rohit got a message from one of his friends that explained about a workation (a portmanteau of work and vacation) that Refuga was organising for a small group of entrepreneurs in a remote villa in Barcelona, Spain. Refuga is a startup founded in 2012 by Danish entrepreneur Nikolaj Astrup Madsen.

As Rohit recalls his experience, the idea was to get 18 entrepreneurs from all around the world, all working on different business ideas, and take them away from the humdrum of the cities. The location in Spain was about 40km away from the city, in the middle of mountains and grasslands, the place looked exquisite and serene.

Interacting with entrepreneurs from around the world in those seven days, Rohit learnt about the crux of product development, creative thoughts using alone time for yoga/meditation, value of little things such as food and nutrition that affect work output and the importance of being surrounded by the right people for one’s venture to grow successfully. Rohit has applied his learnings in his venture Mypoolin and he says that this workation has helped him a lot.

Naidu Darapaneni, co-founder and CEO of MeraEvents, joined Refuga’s trip to Thailand in February 2016. He wanted to be away from the regular day-to-day work and concentrate on pending jobs. Naidu stresses the need to have such programmes frequently, at least once a year, since he believes that this experience will enrich one's personality.

Madsen started Refuga back in 2012, because he wanted to travel places with like-minded people and grow his professional network. After the Spain trip, which was very successful, Refuga has organised trips to places like Thailand, Morocco, Italy, Spain, Russia and Tanzania. He says that they have climbed the highest mountains of Africa and Europe with groups of entrepreneurs. Now, Madsen wants to focus on India and Indian adventures.

One of the goals of the workation camp is to help entrepreneurs develop their international connections and relationships by bringing together a group of 20 to spend a week together. Another is that in meeting all these other creative people conversations will spark new ideas, solutions and accelerate the growth of each individual’s project.

Madsen says, “Across the world you can find refugiums, where mostly authors, artists and researchers go to work, focus and reconnect. These things align super well with what the whole purpose is of our trips. A combination of actually taking a step forward, while also relaxing and reconnecting.

Swapnanil Saha is now a CTO in Flipshope, where he started working as an intern in December 2015. He went on a 10-day trip to Thailand with other entrepreneurs via Refuga. About his experience, Swapnanil says “Before Refuga I had gone to many startup events and meetups. I gained a lot from those single-day or two-days events. I just loved the people that came over to those events, the kind of discussions there used to be and the networks I could grow. If so much could happen in single-day events, imagine what could happen over 10 days, and that too with entrepreneurs not just from my city, but from different parts of the world."

So unlike most of the other entrepreneurs on the trip who went either to grow their businesses, or to get ideas on how to expand to other countries, or to launch a new international product, Swapnanil, being the youngest participant, went to know more about startups and businesses and grow his network.

Amongst many learnings, Swapnanil noticed one thing about the participants from the other countries that Indians were missing. They took out time from their equally busy schedules to do some physical exercise and stay fit.

Refuga has varied pricing depending on the trip, from $1,000 to 3,000 per person. Refuga’s revenue is approximately $300,000 this year and it had about 500 participants from just under 40 countries till now. Currently, Refuga is a three-member team.

Christoffer Baadsgaard, 31, is an entrepreneur from Aalborg, Denmark. He is running a fintech startup, Debito. He is also involved in startup projects from web development, webshops, app projects to owning his own English football club. He joined a Refuga trip where he, along with 12 other entrepreneurs, climbed Mt. Kilimanjaro. He says, "By sharing my experiences with other peopIe on this trip, I have learnt to focus more on my goals. Also, I have gained some specific skills within online marketing, SEO, growth hacking etc. There is friendship, networking and great business opportunities across boundaries with such workations.”

When Casey Rosengren, a Philadelphia-based engineer, organised the first Hacker Paradise in 2015 in Costa Rica—which included working from a hotel on the beach—he said this 12-week period reminded him of his student years. “You spent day and night together and bond very, very quickly,” he recalls in a Skype-interview from a co-working space in Tokyo, where he is currently residing for a number of weeks.

Other organisations that offer coworkations or set up temporary co-working spaces in exotic locations for entrepreneurs and other location-independent workers include Coworking Camp, Workawaycamp or Flaks.

Hubud, is a co-working space completely built of bamboo in Ubud, Bali. Location-independent workers can start the day doing yoga in a rice paddy, go surfing in the afternoon and climb a volcano during the weekend.

In January 2008, Uber CEO Travis Kalanick and a few others headed to Varkala beach and the Kerala backwaters to work, after an event at Bengaluru. They loved the experience and spent several weeks there, writing code for their startup. A staunch supporter of chasing the impossible as an entrepreneur, Kalanick believes that a physical location, like anything else, need no longer act as a barrier to getting work done.

Working remotely is getting more and more common nowadays. It is a logical step for startups, because you only have a few employees, and you can save some money by not renting an office. Moreover, you don’t have to limit your choice to people in and around your city when hiring. It helps immensely while growing internationally, especially in the networking sense. But not only startups are using this flexible method of working. According to The 100 Top Companies with Remote Jobs in 2015, big and prestigious companies such as Apple, Amazon or IBM are also embracing telecommuting and working from home.

As far as future plans are concerned, Madsen is very optimistic because of the rise of startups and the entrepreneurs globally. He believes that there will be a growing need of such workations for overall development of the entrepreneur.