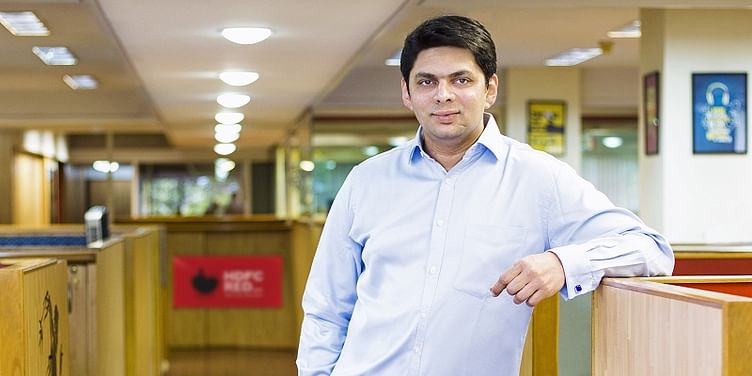 A year ago when you saw startups like Housing, Quikr or Commonfloor struggle to capture the consumers’ attention, a little known startup was slowly signing up all the builders to showcase their products on their platform. The funny thing is that this startup was set up even before the likes of Commonfloor or Housing began their operations. They are generating business (sources say they are more than a million dollar in revenues, but HDFC would not divulge financial details) and are a self-sustaining operation, to say the least. This is RED, the startup within HDFC which has 24,000 types of properties in 20-plus cities, with over 3,000 builders on the platform.

It all started in 2010 when HDFC Limited, which provides home loans, figured out that the housing boom in the country needed a portal for people to discover their dream homes. So they roped in Sohel I S, an HDFC veteran of more than a decade in the HDFC loans division, to set up a crack team to understand whether establishing a startup within the company worked. The heads-up from the HDFC team and the current MD of HDFC, Renu Sud Karnad, was that the Indian middle class would experience a housing boom and that HDFC needed a digital sales and discovery channel that could aid the growth of its loans business.

In the decade between 2000 and 2010, home ownership had boomed, the Indian middle class had swollen to 300 million, and the top 50 Indian cities were seeing an increase in the need for new homes. With this, there was an increase in home loan disbursements over the last decade. According to data sourced from public sector banks, in financial year 2015 alone Rs 1,12,364 crore was disbursed. The average for the last five years has been around for Rs 1,50,000 crore disbursed in the private sector each financial year.

"I set up the startup with all new employees. It had to be fresh and that was the intention of the management," says Sohel I S, CEO of HDFC RED. He adds that the objective was to give people an opportunity to have a direct interaction with HDFC rather than through brokers and agents. HDFC went after only inventory in new projects and stayed away from the rental business. Unlike MagicBricks and 99Acres, which focus on the rental market, RED is concerned with home ownership.

The company also went after the smaller and medium-sized realty businesses which did not have the marketing power for people to discover their projects.

HDFC RED has had 7,000 project listed and has a large focus on upcoming builders who have completed five to 10 projects. Names such as Citrus Ventures in Bengaluru and Urban Tree in Chennai are associated with them.

"The point is to think like the brokers because they know the area and the consumers’ need very well and we fill that gap," says Sohel. The team at RED offers a complete map view and the social infrastructure around the vicinity for the home owner. The platform allows home owners to discover their commute to work, their children's school and other social amenities. These are some things that the smaller realtor cannot provide but RED helps these businesses connect with home buyers.

The business model is to charge the builders on an annual basis for promoting their business on the platform. The company has been gathering all this data to be future ready. It has already launched an app that customises the user’s preferences for a house of his or her choice. So the future is to offer a platform that engages potential home buyers too.

Working with other startups

When they began their operations in 2010, they realised that things like gaming are important, but things have changed in five years. They are currently working on augmented reality and virtual reality platforms that can work on the web and their app. They are looking at possible use cases of chatbots to help close home ownership and discovery. "Being a technology company we are also open to working with startups to discover new ways to win consumers," says Sohel.

According to the Indian Brand Equity Foundation, the realty market can be as big as $180 billion, with the housing market being half the size.

RED is well funded by HDFC (details not divulged) and expects this business to continue as an independent company by 2020. "The realty market is slowing currently. But home ownership will grow because of the younger population in India and they will continue to buy homes in years to come," says V Balakrishnan, Co-founder of Startup XSeed Ventures.

However, the businesses and realty platforms connecting consumers to rent or buy homes will go through a consolidation. Quikr has acquired RealtyCompass and also acquired Commonfloor last year. The acquisitions have been more for the data than the platforms that these companies built up. "Many realty platforms did not have business models for scale and generating cash. People were going directly to the builders," says Mohandas Pai, MD of Aarin Capital.

But HDFC RED has its money on the right thing. By being focused on the consumer and the small builder, it has the right ingredients to become a large independent business within HDFC.