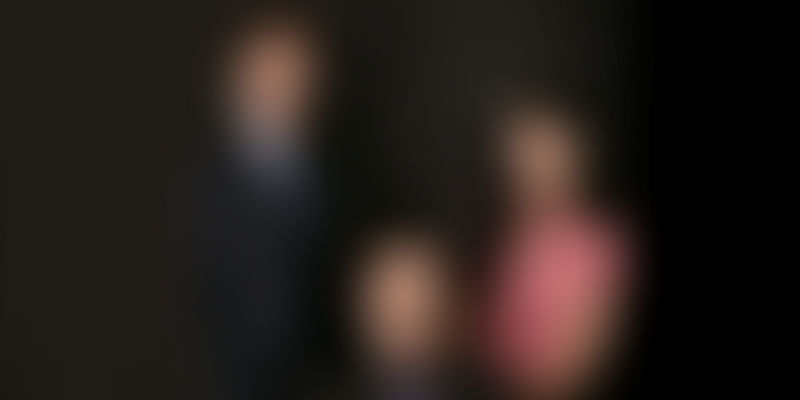 Indore-based InstaCar, a marketplace for outstation taxi rental, has raised $1 million in a seed funding round from HongKong-based Swastika Co Ltd.

This makes InstaCar the first startup in Madhya Pradesh to receive foreign direct investment (FDI). Following a rigorous 15-point quality scale for standardising outstation taxis, InstaCar is solving the problem of getting cars for outstation trips. The startup has so far onboarded over 500 cars in Madhya Pradesh itself.

Right from the beginning, InstaCar has attracted the attention of high-profile travellers due to the availability of luxury cars and SUVs that can be booked in just a click. Noted playback singer Shaan has been one of their priced customers.

The problem of sub-standard outstation taxis

The experience of travelling out of town in taxis in India is less than standard. Last-minute planners or frequent travellers often end up paying an exorbitant amount of money since, in a need-based situation, their ability to bargain diminishes. They are never aware of how the car would turn out to be. Ask any such traveller and he would relate to nightmarish experiences such as damaged cars, torn or dirty seats, smelly interiors, a defective air conditioning or worse, abusive drivers.

InstaCar only allocates responsible drivers trained in quality customer service to drive their cars. “We have trained the drivers to make the experience for the customers memorable. We provide on-the-go snack, water bottles, tissue papers, etc., to ensure that the customer feels as comfortable traveling in a taxi as he feels in an AC train or a flight,” shares 23-year-old Co-founder Priyanshi Choubey.

“As part of our standardisation, we undertake activities such as background verification of drivers, InstaCar availability and confirmation, one-way optimisation on maximum routes, transparency of physical actual condition of car, and monthly auditing of cars,” adds Priyanshi.

The taxi market in India is highly unorganised. India currently is flooded with taxi and rickshaw aggregators within cities. Ola recently launched its outstation services, however, to nearby locations. A handful of intercity taxi aggregators such as Wiwigo, InstaCab or France-based BlaBlaBla Car are silently trying to bring in some disruption. The Indian radio-taxi market will grow at a CAGR of over 17 percent by 2020, while the taxi aggregator industry is valued at $15 billion.

“Everyone right now is trying to build a new segment for taxi service, very few people are looking at a market which existed for the past 100 years and it is huge. People have specific requirements with cars. People may urgently need taxis for various reasons such as medical emergency, business trips, entrance exams, etc. It’s an on-going need and we are catering to it,” informs Co-founder Anurag Gupta, 40.

InstaCar enjoys a strong operations front due to the background of its founders. An IIM Kolkata alumnus, Anuragowns an award-winning chain of salons by the name of Shear Genius. Leveraging on his 20 years of experience in handling various business operations, he brings robust processes to InstaCar. Priyanshi is an MBA in e-commerce and brings in her deep understanding of technology from her three-year experience. The third founder Ishan Vyas,23, had started up early in his life establishing a profitable web and mobile application development firm Aspricot Technologies.

“I travel alone or with my female friends a lot. And while hiring a taxi, I have never felt safe throughout the journey. I felt very strongly that a safe outstation taxi would solve a major problem for women travelers,” shares Priyanshi.

Anurag, on the other hand, is an avid traveler and often faced hassles while hiring cars for other cities. “I travel to Mumbai and Delhi very often and I was surprised to find that even these frequent travelling routes didn’t have viable taxi options,” shares Ishan.

Investment company Swastika Co Ltd found that InstaCar was truly trying to fill a major market gap and had its mind at the right place. “Our robust processes had a major role to play in influencing the investors. We use an advanced technology for a seamless tracking to ensure that none of our trips go empty. In addition, we have a robust backend to enforce our quality parameters,” informs Ishan.

With InstaCar getting funds from HongKong, Central India may get some attention from foreign investors who have mostly funded startups in Bengaluru, Mumbai, and New Delhi.

Central India’s startup ecosystem is led by Indore which is fast emerging as a conducive place to do business where quite a few startups such as EngineerBabu,ZipiApp, Maalgaadi, ShopitDaily have attracted investment this year.

InstaCar plans to raise another round of investment in the next six months.