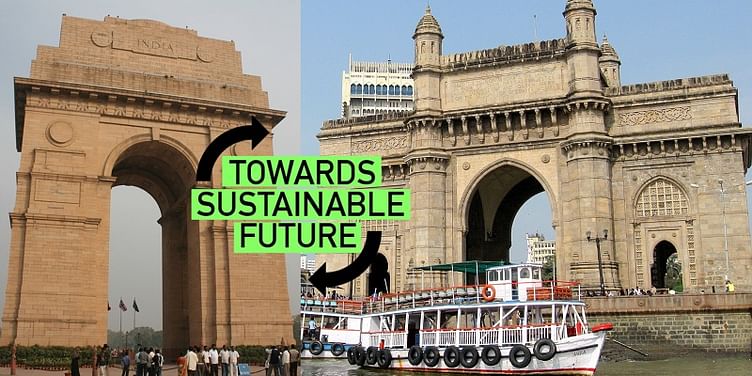 The leading metropolises of our country, one the capital and the other its financial hub, have been ranked among the bottom five in a study conducted by a Dutch company, Arcadis. The Sustainable Cities Index 2015 judged 50 major world cities based on social, economic and environmental factors. While European cities like Frankfurt and London were listed as most sustainable in the report, the congested and polluted Indian cities fared poorly on all fronts. The study considered aspects such as standard of living of citizens, income inequality, education, environmental pollution, energy efficiency, cost of living and ease of doing business in cities.

The low rating doesn’t really come as a surprise. It is a known fact that India’s fast growing urban territories are grappling with serious sustainability issues. According to the World Health Organization (WHO), of the 20 most polluted cities in the world, 13 are in India, and New Delhi is at the top of the list.

The alarming level of pollutants in the air are causing serious health issues in the city. Children, especially, suffer from breathing problems and reduced lung capacity. The number of vehicles in New Delhi has increased by 97 percent over the last decade leading to heavy congestion and increased travel time. But vehicles aren’t the primary cause of air pollution in the smog covered capital. Based on a study by IIT Kanpur, road dust like silt, soil or particles from broken and poorly maintained roads are the biggest contributors followed by industrial emissions.

The city is also struggling with contaminated water supply owing to large-scale pollution of water bodies. The Yamuna river is dying because of the sewage water, garbage and industrial effluents that are released into it on a daily basis.

New Delhi’s population is rising due to increased migration. This is straining its infrastructure and space. Close to 50 percent of the residents live in slums and illegal colonies without proper sanitation, water supply or waste management. The city’s waste is mainly tossed into open dumping grounds where the garbage is (in some places) set on fire. Not only is that harmful to the natural environment, it greatly increases the risk of widespread diseases.

Mumbai faces similar stumbling blocks to its effective development. Despite having an extensive rail and bus system, heavy traffic and congestion continue to afflict the city. It is estimated that the overcrowded Mumbai local trains are used by 80 lakh people every day. But it is not enough for the 1.24 crore strong population. Being the financial capital with an ever increasing population, industries and construction sites have grown in number. The combined presence of these factors is bound to take a toll on the air quality, which is fast declining.

Coastal areas of the city have also deteriorated, mainly due to poor waste management and indiscriminate littering. Precious stretches of mangroves have declined over the years due to this pollution. As in the case of New Delhi, dumping grounds are a common method of garbage disposal in Mumbai as well. The Deonar dumping ground, one of many in the city, has been in the news many times for its frequent fires and toxicity.

Though the number of people living in slums in Mumbai has technically decreased, 41 percent of the population still live in them. Besides Dharavi, one of the largest slums in the world, more have cropped up in Mankhurd, Govandi, Kurla and Ghatkopar. Unhygienic living conditions in these areas make the residents, especially children, susceptible to illnesses.

Both New Delhi and Mumbai are symptomatic of high income inequality and poor public healthcare. The percentage of slum population shows the clear economic divide in the cities. According to a study by Child Rights and You (CRY), 41 percent of Mumbai and 50 percent of Delhi slum children are undernourished, and less than 50 percent in both cities are enrolled in Anganwadis (pre-primary schools).

Surprisingly, Bengaluru, despite being predicted to be unlivable in the next five years, is more sustainable than New Delhi and Mumbai. According another recent study, Bengaluru is more green, has a lower unemployment rate, greater access to higher education, fewer slums and better economic equality.

City planners are trying to ensure sustainable progress but the urban landscape is evolving at a rapid pace and keeping up with it will prove to be difficult. It is a good sign that New Delhi’s green cover has increased in recent years. The National Green Tribunal (NGT) has also banned diesel vehicles older than 10 years in the city to control carbon emissions. Similarly, the Central Government directed Mumbai’s civic body to shut down the Deonar dumping ground.

Our population will increase tremendously in the coming decades, and unless we work towards creating a sustainable environment today the problems will pile on. It is imperative that the government works toward removing administrative and infrastructural hindrances. We should follow the example of sustainable European cities and focus on energy-efficient, eco-friendly and inclusive growth. The smart city initiative, if implemented effectively, will go a long way in making our cities liveable environments, and citizen awareness and participation is paramount to achieving this objective. Unless we become sensitive to the repercussions of callous ecological damage, and social and economic oppression, our plans, measures and initiatives, government or otherwise, will not be successful.