Cancer is just a bend in the road, not the end of the road: cancer survivors 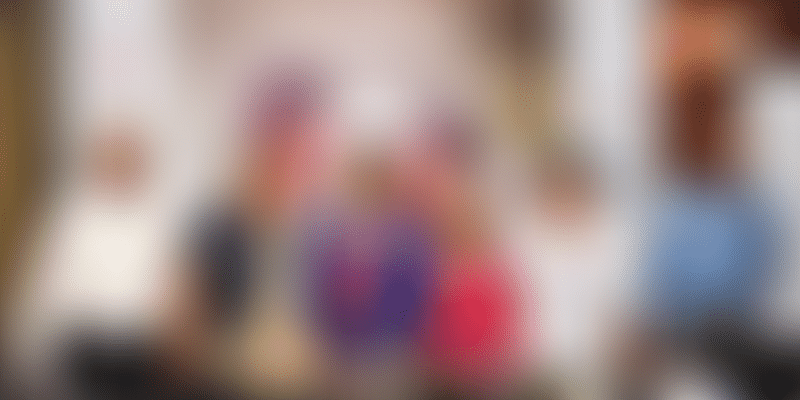 The word 'Cancer' has great power to turn your life around. Fighting back against cancer takes everything you have and yet much more.

Over the years, due to technological advancements in healthcare, our understating and awareness has increased and so have the survival rates.

From a dreaded disease, it has now become like a chronic disease. However, the number of people affected by it has only increased.

According to cancer survivors and medical fraternity, as the numbers go up, we will need more than just medical attention to combat it.

We found some great inspiration at the launch of the third edition of Self V, an initiative by Pink Hope, a cancer patient support group, along with HCG, the specialist in cancer care which invites cancer survivors to share their stories as a one-minute video.

"The word Can-cer starts with three letters CAN. With so much positivity in the word, how could I not overcome it?" said Uma Pai, a 72-year-old entrepreneur and cancer survivor.

According to Uma, a positive approach from the patient’s side is essential. A positive frame of mind helps to fight against cancer. Just after her mastectomy while she still had a bandage around her chest, she decided to go on a Central India trip that she had planned. She could have cancelled the trip, but she decided not to. Her positivity has held her in a good stead even at this age.

Amar Bhaskar, another cancer survivor, said: “Fighting cancer is a battle and one needs to be positive.”

To know that you are not alone in your battle against cancer is half the battle won. So from the diagnosis till the treatment, if the patient is assured of a support from a group, which comprises people who have been in the same shoes, then the will to fight back becomes stronger.

Support groups like the Pink Hope, which is a part of HCG Foundation, does just that. It helps cancer patients and caregivers to overcome their fear of disease, and cope with the difficulties in treatment. The support group acts like a surrogate family where members feel supported and cared for.

The outreach of social media and the penetration of technology have given an opportunity to cancer survivors to openly talk about their fight against it. Cancer survivor Ruchi Dilbagi, who has shared her story extensively, showed how pertinent it was to speak up and the impact stories have. “When I was in a mall, a woman walked up to me and told me that she saw my video and shared it with her sister who is suffering from cancer. She also said my story has inspired and helped her sister a lot. That showed me how important it is for survivors to share their story. If you can speak up and help someone in their fight against cancer then you should not hold back."

That is why perhaps HCG’s Self V Survivor Stories has generated so much interest and received great response from cancer survivors across the world. Dr BS Ajaikumar, the Chairman and CEO of HCG shared, “Cancer is a complex disease and it needs a multi-disciplinary approach to treatment. When outcomes through a focussed treatment modality are achieved, there would be more survivors. I am happy to note today that survivors are coming and talking about their journey in the battle against cancer and how they have overcome it.”

It is not the end

Cancer is not the end of the road. It is just a bend in the road. All the survivors at the event spoke about how it is important to cultivate and nurture other interests for hobbies, interests help one channelise their energy into something they love and look beyond the ailment.

The taboo associated with cancer is slowly chipping away as awareness grows. And support groups and stories of other survivors will give them the motivation to fight cancer.